The 2006 season was wonderful for Jason MacIntyre, and we also Pippo winning in Sanremo, Tomeke taking Flanders and Fab winning at Roubaix – no complaints there.

But Le Tour was no epic, Floyd ‘won’ but Pereiro was declared winner – I’m sure you remember the saga?

Floyd’s book ‘Positively False, the real story of how I won the Tour de France’ is the only cycling book I ever bought then gave away after I read it – they’re on Amazon for 40 pence, now.

But back in Bonnie Scotland we had a lot to cheer about as the late – and it’s not patronising to say ‘great’ – Jason MacIntyre had a fantastic season, winning the British Circuit Time Trial Championship and the ‘Blue Riband,’ the British 25 Mile Time Trial Championship to join the likes of Norman Sheil, the late John Woodburn, Alf Engers, Sean Yates, Chris Boardman and Graeme Obree on the roll of honour.

It’s our featured memory for that season, and in fact was our launch article on VeloVeritas.

Ten years after Graeme Obree became the first Scotsman to win the British 25 Mile Time Trial Championship, Jason MacIntyre has taken the holy grail of time-trialling north of the Antonine Wall again – all the way to Fort William. A common denominator over the ten years has been the presence on the podium of former world points race and team pursuit champion who won the 25 in 1999, Chris Newton [now Recycling, back then with North Wirral].

In 1996 he was third behind ‘superman’ positioned Obree [Scotoil] and Bob Hayles [Ambrosia]. This year he was second to Jason MacIntyre despite having been originally announced as the winner, but it’s best if the winner explains. It’s with great pleasure we bring you an interview with Jason as our launch article here on VeloVeritas.

Congratulations Jason, has it sunk-in yet, and how does it fell to be up there with Sean Yates, Graeme Obree and Chris Boardman?

“I’m not sure if it’s sunk-in, I hadn’t actually thought about it in those terms, when you do it makes it pretty special.”

“The time I spent guesting with the Recycling team in Australia at the end of last season when I was trying to get late selection for the Games taught me so much about preparation and I came back to Scotland very motivated. I trained right through the winter, I haven’t been off the bike since the end of last season, but I’ve been under no pressure.

“Last year I had illness problems virtually all year and I was under the constant pressure of trying to get well and get selection, this year I’m much more relaxed.”

Does not going to the Games still annoy you a little?

“My health wasn’t good last year so the selectors didn’t see the best of me, but of course it’s a very political sport too”.

You said the time you spent with Recycling was very influential. Can you give us an example?

“Their whole approach was just so professional but probably the biggest thing I got out of it was realising that I have always over-trained. I’ve seen me doing 70 or 80 miles hard on the Tuesday and Wednesday before an important event and then wondering why I’m a bit jaded in the race on Saturday.

“This year I have a different mind-set and have put much more emphasis on recovery, just going for a gentle ride; I never did that before.”

Without giving-away any secrets, tell us about your training for the 25?

“As I said earlier, I had a very solid winter, right through November and December.

“I was putting in 60 or 65 miles most days plus weight training.

“The emphasis changed to intervals closer to the race and I’ve been using a Tackx ‘Flow’ indoor trainer.

“I’ve been concentrating on building my wattage, it’s so much safer, you can ride yourself to the keeling-over stage without worrying about being run-over from behind by a car, but with that work as well I’ve been thinking about recovery much more than I did before.”

“It was definitely suited to riders with a road back-ground, I had to use a full range of sprockets, I think I was in the 21 at one point.”

“That was a big factor, it’s been 8 degrees up in Fort William – it was 25 down at Coventry. I’m so skinny that I feel it when it’s cold and I just go so much better in the heat.”

What was your race strategy and did you get a chance to ride the course before hand?

“We rode the course on Saturday and Mark [team mate Mark Atkinson who, along with Gary Robson backed Jason to the team title] said that I shouldn’t bare my teeth for the first 10 or 11 miles, I should save the pain for the second half.

“That stuck in my mind and I felt that I rode within myself for the first half of the race, but when I look at the splits I was still flying; I was on Continental Olympics at 220 psi and they were just flying over the tar.

Were there any worrying moments?

”No, not at all, but it’s like that when you are on a good day — everything just falls into place, I got round the roundabouts without any problem. Mark was held-up by cars a couple of times on the roundabouts and we saw Michael Hutchison get blocked by a car and lose time.”

Was the win in your mind before the race?

“No, but the podium and the team title certainly were. Trying to win the team was a big motivating factor during the ride.”

I believe that the title was initially awarded to Newton?

“I still don’t know what that was about. I thought I was second and was happy with that when the guy from Cycling Weekly came over and asked how it felt to be the first Scotsman to win it [As reported in our introduction, Graeme Obree was actually the first Scot to win the event in 1996. Ed.] so I said to him: ‘Are you taking the piss?’

“He replied that he wasn’t, he’d just come from the result board and I had won!”

I should ask you about your prize cheque…

“I decided to donate it to the promoting club and the chap I returned it to said that they would put the money to a charity ride which was being held in the week to remember one of their club mates who had died of bowel cancer.

“When I was a young cyclist my mentor was a guy called Billy Warnock and he died from the same thing so it seemed pretty appropriate somehow.”

“It’s the Davie Bell memorial road race then the Scottish 25 and criterium championships.”

“When you win a big race like this it’s not just you, there are people around you who form a team without whom it just wouldn’t happen so I want say “thank you” to Velo Ecosse, to Mike Pooley who used to coach me and of course to my girlfriend, Caroline.”

Thanks to you too, Jason. Well done on a fantastic result. 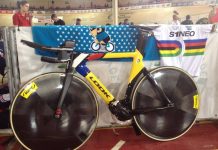 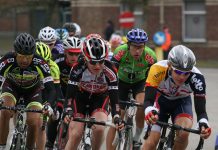 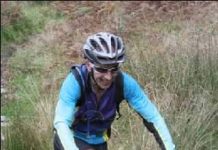 Race Reviews September 9, 2008
Steve Beech has ridden two Milk Races and ten 12 hour races, so when he tells you that this year's Scottish '12' was the hardest one he's ever ridden, he knows what he's talking about. He's also held the Scottish record, with 275.258 miles - set in the Glasgow 12 in 1991, until Joe Wilson updated it; that distance is however, still the Scottish vets record.

Interviews August 9, 2007
It was a good week for Scottish cycling, in the same week that David Millar (Saunier Duval) won the British elite road race title; at the other end of the spectrum, 14 year-old Patrick Galbraith took two stage wins and the overall win in Eire's Kerry Youth Tour. The Kerry Youth Tour is one of the largest events of its kind in the world; comprising four stages over three days - two road races, a circuit race and a time trial. 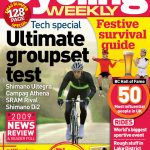 The VV View: What are the Odds? Team Sky, Brad and Dave Millar

Nuggets December 28, 2009
I hope you all had a good Xmas; Viktor didn't - but that shouldn't surprise us. He did make a good point though - namely that Sky are well behind with their training camps; all of the big squadra have had one, if not two camps already. From a fitness and bonding point of view the digital vision guys are behind the eight ball already; it'll be interesting to see if that makes a difference come flag dropping time.