We all dream about it (or have dreamt about it) but 20 year-old South Quensferry man, Ross Creber has done it — put pen to paper on a pro contract, with Plowman Craven.

VeloVeritas were on the phone, before the ink was dry…

“Yeah, really good, it’s something I’ve thought about since I was a young lad.“

Where was the deed done and was there a photographer there, to record the moment?

“I drove to Derby on Friday and the contract was signed yesterday (Saturday) there wasn’t really any fuss — no photos or anything like that. Plowman Craven didn’t have the results they wanted in 2008, so they want to strengthen the team for 2009.“

You’re an ATB man, rather than a roadman, though?

“Yes, I’ve grown up as a cross country mountain bike rider, but I want to focus on the road now – folks have said to me that my future is on tarmac rather than mud.“

Would you rather be Julien Absalon or Tom Boonen?

“Lance Armstrong! (a mistake of youth, we’re sure!)”

How do your folks feel about what you’re doing?

They’re just as happy as I am; they’ve been really good, supporting me through my mountain bike days and now that I’ve signed a contract with a regular wage coming in from my cycling, they’re delighted. I still live with them, but my girlfriend is from Leeds and I split my time between the two places.

“I had a verbal agreement with Pedal Power, but nothing was signed, I had offers from the AN Post-Sean Kelly team, PedalPower, the team Magnus Backstedt is putting together and, of course, Plowman Craven. I got positive responses from all of them, but I had to make what was the best choice for me.

Who was representing you?

“Brian Smith put a CV together with me and he made the approaches.“

Do you have a programme yet?

“We have a training camp in Majorca in February, whilst the Tour of Majorca is taking place. But we’ll be getting our kit and bikes in January. The big goal for the season, for the team and for me is the Tour of Britain, it’s a six man squad for that and I’ll be trying very hard to be one of them.“

Why the UK, rather than Europe?

“To ride the Tour de France.“

Which rides are you most proud of?

“They are all on the mountain bike; 27th in the European championships, 36th in the Worlds and silver in the British.“

“Yes, I think the tactics and the duration will be the main things I have to adapt to — I’m used to two-and-a-half hours on the mountain bike, but on the road you might be riding for six hours. The changes of pace on the road, especially in the last hour of a six hour race will take a bit of getting used to as well; but I’m focussed and I’m sure I’ll adapt to all of that.“

What are your strengths?

“With riding off road, Julian Absalon was the man — he won four World and two Olympic titles. But my mum has been a great inspiration too, she’s done triathlon at world level and Ironman distance; it was her that got me, and my brother Hamish into cycling.“

If you could win just one race?

Another pro from Scotland? – we’ll need to keep an eye on this one! With thanks to Ross for his time, and best of luck for next year. 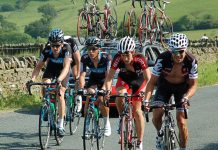 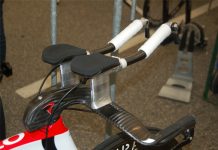 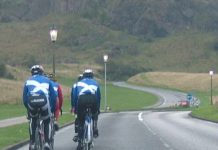 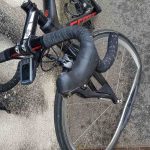 ASPTT Nancy's James McKay Blog September 22, 2019
Since the last round of the French cup, I’ve been training hard for the Tour of Moselle. The three-day stage race was my main target for the second half of the season. Unfortunately, my preparations were cut-short when I was hit by a car in training last week and that's my season ended. 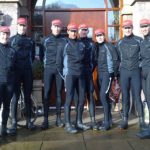 Interviews December 30, 2008
Here at VeloVeritas we felt that those Endura Racing boys would be giving us plenty to write about in 2009, so we thought we'd better sit them down with them and have a few words. As well as Jonathan McBain (owner of Pedal Power Cycles) and a lean and fit looking Gary Hand, a keen as mustard James McCallum was there too; so it turned into a lot of words! 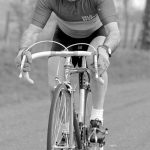 Stories September 11, 2006
I didn't make it up to the Phil Young memorial race this year, work got in the way. I need to get my values sorted out. I should put the memory of a friend before commercial activity, but when you are under client pressure to get a job finished, it is difficult. Phil had his priorities right, though: "the bike" was number one, and everything else was organised around that.