Dave Chapman sent me a text, this morning, roughly translated and censored, it read; “56 years-old and I still get excited about Le Tour de France 2009!” That’s why I love him!

As our editor Martin said yesterday, we’re very lucky to have a couple of guest writers — Al Hamilton and Gord Cameron – contributing from Day One of Le Tour; in fact from ‘D minus two,’ as the military men say.

Gord is right there, schmoozing with the stars, soaking up the luxuriously ‘kit-scandal-free’ vibe (fingers crossed!) in Monaco.

Thank you again gentlemen, your first posts have been excellent.

Realistically, there are a maximum of three riders who can win this Tour; two from Astana, Armstrong and Contador plus Sastre for Cervelo.

Evans can take the Lotto jersey on to the podium again, but he can’t win; Menchov can do the same for Rabobank.

Schleck can be a stage winner for Saxo Bank, but not the GC.

Don’t doubt that Lance can win; he wouldn’t be there if he didn’t think he could — I hate the expression, but Lance doesn’t “do” second places.

He’ll have the numbers on the test rigs and inside his angular skull there won’t be one iota of self doubt — he’s won the damn race seven times, remember!

But Contador is, for my money, the best stage race rider on the planet at the moment.

In a recent interview for the Guardian Sports Monthly magazine, David Millar said that ‘Bert’ is the most impressive rider he’s ever seen and destined to be an all time great.

Personally I don’t relish the in-fighting which must come when two highly motivated, driven, proud men want the same thing at the same time and are on the same team.

For me, one of the beauties of our sport is watching the domestiques and lead out men going about their selfless business.

Having Lance and Bert on the same team must end in tears — unless the Spaniard’s legs can convince Lance’s brain that it’s a lost cause and playing the loyal lieutenant is more media friendly than playing Judas.

But if Lance thinks he can win — he’ll make a grab for those pieces of silver.

But, I must say that I was hugely impressed by Sastre in the Giro; I’d be happy to see Carlos derail the Astana Railways Express.

The prologue; sorry, stage one – it’s more than 10 K – is tough and technical. If you can win just one stage — win this one.

Viktor is correct in his assertion that there’s a pattern to the media interest; and the feeding gets no more frenzied than day one.

Cancellara is he specialist, former World and current Olympic champion against the clock, he won his first Tour de France prologue back in 2004, repeating the trick in London a couple of years ago, despite the best efforts of David Millar and Bradley Wiggins.

Talking of the tall pursuiter leads me onto the man who I think will win tomorrow; Wiggins was given carte blanche by Garmin to prepare all winter for just one goal — the prologue of Paris — Nice.

Only one man could beat the double Olympic champion, back in the spring on the opening day of the ‘Race to the Sun’ – Alberto Contador.

He’s my bet for tomorrow.

Whoever wins; thank you for reading, tell your friends about our humble site and we’ll all do our best to give you insights into the race that perhaps the ‘big gun’ sites over look.

Day two in Monaco, and the excitement is starting to grow, even if some of the residents are trying too hard not to let on that they’re thrilled to have the Tour de France kicking off here.

Today, the pre-race Friday is about press conferences and riders checking out the TT course for tomorrow. There was a constant stream of motorcycle outriders leading the pros along the manic roads.

Plenty of riders even taking advantage of the anonymity that privilege in such a wealthy city brings them.

Erik Zabel was still looking in good shape, and not nearly as chunky as Richard Virenque, who seems to be enjoying a more relaxed dietary regime than he did when he was breaking French housewives’ hearts on the climbs.

One of the problems for the press is that in Monaco, it’s really hard to get your car around.

We’d left our vehicle in Nice and were relying on public transport … not, unfortunately, on the million Euros and the rest yachts that are lying around the harbour in Port Hercule, like Christmas toys the kids have got bored with already.

Talking of bored, I have to admit that the Astana press conference wasn’t exactly a barrel of laughs.

Bruyneel talked the talk, impressively in three languages, about the importance of team, how Contador is their total number one, and how Lance and Bertie don’t have a communication problem.

Bruyneel reckoned they hadn’t had the chance to communicate because they only raced together for one day all season ….. true, but maybe there are other reasons for that? Just speculating, just stirring the pot.

Anyway, there’s no doubt that even with no sign of Big Tex, the Astana show was the biggest in town today. You could open a dozen Hollywood studios with the amount of kit stacked at the back of the room.

We checked out Cervélo Test Team’s press conference, too … and were spiritually refreshed by team owner Gerard Vroomen’s attitude: there’s more to life than the Tour and if we don’t win, it doesn’t matter.

Seems like some sections of the media like this new philosophy as the room was totally packed … way too many people in too small a space. And most of them from Scandinavian press, too, for some reason.

Tomorrow’s the big kick-off, and we’ll get a few answers that eluded us in the press conferences … are Cervélo really that chilled out? Is Alberto really Astana’s number 1? 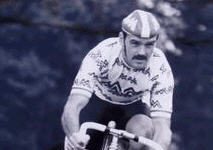 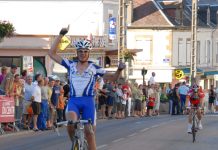 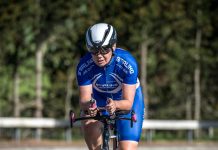 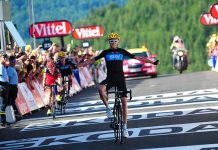 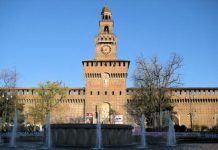 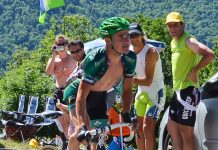 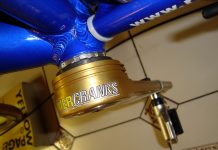 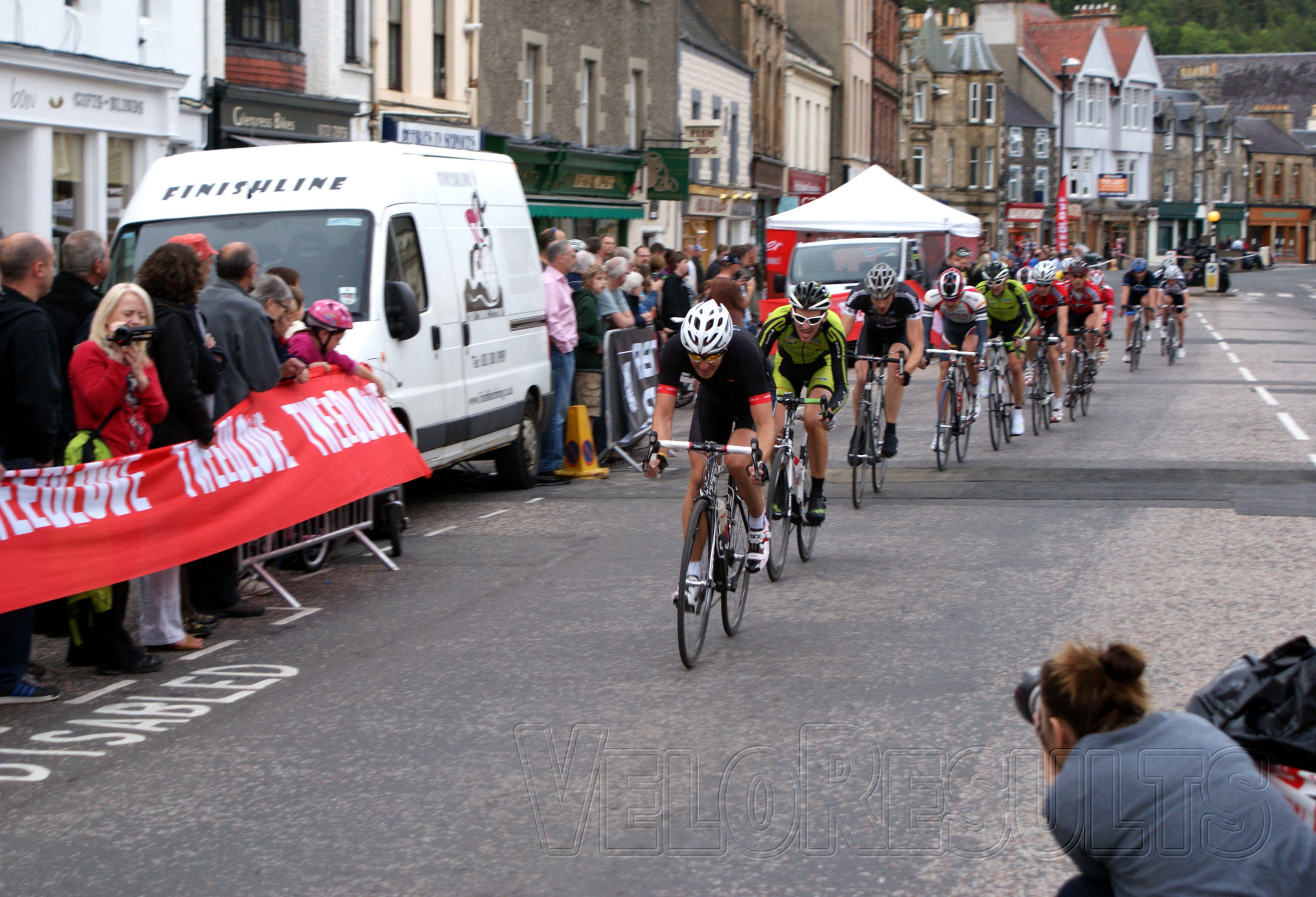 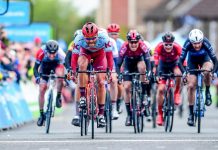 Interviews July 27, 2013
Forget stories of barbed wire fences; that’s not what did the damage to our favourite Tour rider, Jack Bauer’s face. We know what really happened on stage 19 but gave our word to Jack that we’d keep schtum – suffice to say that it was a sore one and not his fault. 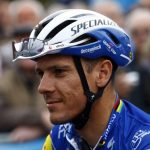 Nuggets July 12, 2019
On social media the other day I saw someone contend that perhaps the crisis that faces time trialling – i.e. the participation age range becomes older by the season, with a case in point being the Scottish ‘25’ title: three youths, one junior – is as a result of the fact that the youngsters think that to compete on equal terms they MUST have a machine which will cost upwards of five grand. 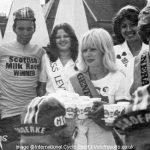