Viktor calls; ‘there’s an English boy – James Spragg – riding the Three days of West Flanders – he rode the Samyn too – you should find out about him.’

Where are you from in the UK, James?

“Originally from Stoke but we moved to Exeter when I was young.

“I raced in the UK as a junior but mostly mountain bikes; I made the GB Talent Team but in the last few years I’ve only raced a couple of times in the UK.”

You went to France?

“I won a couple of smaller races but at the end of 2008, I started to get top tens in French Cups.

“That got me into the Marco Polo Cycling Team with Leon Van Bon and I rode 2009 for them, there was a lot of travelling – South Africa, Asia, the Ras, Holland, Hainan but it was a great experience.”

How did your ride for Qin [pronounced ‘queue-in’] come about?

“Leon Van Bon was talking to Eric Vanderaerden – who is DS on the team – for me last year and it just went from there.”

“Yes but the hope is that over the next year or two to go to Pro Continental – but the set up is good as it is, we have three bikes, road, TT and training.

“There’s a team bus and it’s all very well organised; it’s a new team and that usually means it takes a while to get settled but it’s coming together very well.

“Qin is a coffee shop in Brugges, there’s just one at the moment but they’re aiming to spread the chain across Belgium.”

“Jan Kuyckx, two seasons ago he was second in Paris-Tours and won a stage at Beseges.

“We have Jeremy Yates (ex world junior champion) too – he’ll be living just down the street from me.”

How did le Samyn go?

“It was nice to be back in action – Jens Keukelaire won it but Cofidis did a great job for him, that day.”

“The first day I missed the split with 8 K to go.

“The second day it went through Brugges – that’s the team’s home town so we made sure we were active and had someone in the break.

“On the third day there was a big cross/tail wind selection coming in to the Kemmel and it split to bits – that’s where my lack of racing told.”

You’re right in the mix, so how come we haven’t heard of you?

“I was on the Talent Team but then I went to France, plus I don’t have a track background.

“And I really only started to go well once I was Under 23 – I asked about U23 Worlds selection last year, but they told me that they really only consider riders that have been on The Plan.”

“A climber, but I like punchy little climbs the best – Amstel Gold type climbs.” 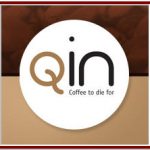 “Really good – we ride all the Top Sport Under 27 races in Belgium, Dwars door (we hope), Triptyque des Monts et Chateaux, Brabantse Pijl (we’re hopeful of that too), some Spanish races, all the Belgian 1,1 races, the Tour of Belgium and Tour of Britain.

“We have a partnership with the Belgian Federation – some of their riders are with us and that’s very helpful.”

And how are you enjoying the Flanders lifestyle?

“I’m enjoying it – it’s not that different to France.

“You get a few jokes about being English – but bike riders are bike riders.

“We had a team get together at Bencassim for two-and-a-half weeks where we all got to know each other.

“The team has fixed me up with an apartment – so no complaints.”

“I definitely want to ride all of the Top Sport races and get in the top ten in them.

“But my biggest goal is the Tour of Britain, one of the stages goes over my English training roads – that’s a big target.”

No ‘Plan’ but a place in a good team with an excellent programme – sounds good to us! With thanks to James; we’ll [make that Vik] will be keeping an eye on James this year and hope to talk to him again, soon.

Facebook
Twitter
Email
Print
Previous articleRab Wardell on his 3rd place in the Super Six Round One, Gifford 2010
Next articleEvan Oliphant – “We took more out of Murcia than Team Sky”

Viktor has barred us from attending any races which are patronised by Graham Baxter Tours, this means that the Tour of Flanders is out. The next-best thing therefore, is Driedaagse van De Panne. It covers many of the roads that Flanders does, the 'Flanders fever' is in full flow but the security is non-existent so you can skek bikes and annoy mechanics to your heart's content.
Team Wiggins Pro Dan Patten

Best part of 200 riders, good crowds, the music playing, the beer flowing and the kermesse burgers cooking... all the elements of a typical kermesse here in Merelbeke, Belgium. I made the point of being on the front from the start here, knowing like usual it would explode from the off and not wanting to be caught too far back when it did. Not long into the frist lap and I found myself in the first move off the front but this was to be pulled back only a few kms later. After a few laps in the bunch I thought it was time to try again...
Interviews

Here at VeloVeritas we're always banging on about riders getting themselves across the North sea to Flanders, so when one actually does, such as Dougie Young, it's only right that we should pay a bit of attention.
Team Wiggins Pro Dan Patten

The season is here and so I thought it was about time that I posted my first Dan Patten Blog entry of 2012, to fill you in on whats been happening over the winter months and what I am up to in this coming season.
Interviews

Quickstep's win total for the year now stands at 24 with the victories not just down to one man but spread across the team – remarkable. How do they do it? To find out, we got in touch with our old friend and key leadout man in the QuickStep machine, Michael Mørkøv - who was instrumental in Jakobsen’s most recent triumph and similarly ‘pilot fished’ Hodeg to a stage win in the Tour of Catalonia – to get ‘the word’ from the horse’s mouth.

Last night's bike race was a return to normalcy for the boys on the road: the break was allowed to go relatively early, it stayed away all day, and despite a few attempts to put time into each other, the GC boys all finished on the same time. And no, despite repeated claims by Paul Sherwen on the commentary, Thomas Voeckler is not a threat to win the overall. He will possibly finish in the top 10, but only possibly.
Diaries

All night drive-in pharmacies here in Trinidad & Tobago aren't really the place cyclists should be seen at gone midnight, but Leif liked the 'skin powder' the Red Cross guys used on his abrasions so much that we had to pop in and see if we could get some more. They didn't have any, but it was another one for my 'experiences' file.
Interviews

Dozens of SMS and emails flash up on my BlackBerry each day, most are chaff and get deleted after a quick glance — but when one comes in to tell me that ‘Michael Mørkøv excluded from the Vuelta by WADA’ that makes me take notice.
Race Reviews

Perhaps I shouldn’t have had that last Strega on top of the Erdinger, Malbec and Grappa last night? But when we got an invite to the Loch Ken Round of the Merlin Cycles Classic TT Series from the organiser and he takes the trouble to send you the start sheet and rider information sheet, hangovers must be ignored.
Editorial

It might be the middle of crit season, but the organisers of this Sunday's South Carrick David Bell Memorial in Girvan are delighted to have secured the strongest lineup in the race’s history.
Diaries

It's Monday morning, I'm sitting in some horrible 'theme' bar at Charleroi Airport. My flight home to Edinburgh is cancelled due to the snow in Auld Scotia and the best I could wangle was Charleroi to Dublin, tonight then Dublin to Prestwick in the morning. My pal Dave has booked me into a hotel at Dublin airport, so I'm as sorted as I can be. The alternative flight from here was late on Wednesday night. The six all seems a long time ago...