I’m in Trinidad & Tobago, but in Fort William, which could be somewhere I saw in a movie; once you’re in the Tropics it seems to affect your perceptions of time and place, is where the Scottish 10 Mile Time Trial Championship is taking place, today – under the shadow of mighty Ben Nevis. Martin, our editor and web-guy is riding it and – strange though it may seem – I’d like to have been there.

Despite the total absence of non-cycling fraternity spectators and the fact that a high percentage of the field will be veterans, it’s a Scottish Championship and deserves a little bit of attention …

Meanwhile, just off the coast of Venezuela, the sun splits the sky and it’s only that glorious wind from the ocean that makes life bearable.

It’s around 10:15 and we’re up at Fort Saint George with a drama on our hands; Rosebud – who is race series promoter, Michael Phillips’ mum – drove us up here to catch the marvelous vistas over Port of Spain.

The British built the fort two hundred years ago but it never saw action – the big cannons still point out to sea, waiting on those French or Spanish Men o’ War, which will never come.

The capital sprawls around the base of the hill on the ocean side.

The city’s biggest green space, the Savannah – around which the opening race of the series took place – is clearly visible.

It was gifted to the people of Trinidad and can never be built upon.

The futuristic – if owing a debt to Sydney Opera House – Trinidad Arts Centre sits beside it, built largely by Chinese labour, it invokes similar emotions to those that we have back in Scotland about the Parliament building – love or hate; nothing in the middle.

When Peter first visited here in 1995 there were just two high towers – but the petro dollars have made sure that shrines to capitalism reach for the sky, all over down town.

Rosebud’s mechanic rescued us but we had to get out to walk the ‘ramp’ where one part of the mountain slid down one metre and the two road levels is now taken up with a batch of concrete.

Drop off was in cosmopolitan Saint James where it was ‘doubles’ time.

I’ve been promising to write about doubles all week – take a thin omelette base and pap a large dollop of chick pea curry in the middle.

Serve on grease proof paper, screw the end up to try to avoid curried shoes, bag, trousers, T-shirt… and get to work on it.

Just across the way from our street vendor’s cart was legendary Trini watering hole, Smokey and Bunty.

The Stag is cold, the cool breeze blows in off the street and Trini sporting heroes look down on the punters, from the walls.

The sun is a fireball beneath which, ‘tiny mites,’ juveniles, juniors, BMX, masters and runners perform as the crowd gathers for the ‘All Stars’ race.

There’s a one lapper for the big riders; Franco rides a perfect lead out for Leif, swings off, and two Canadians zoom past.

Carola finally gets the better of the local girls and gets to enjoy the view from the podium.

They present the prizes for last week’s track sprint tournament at Arima.

Speaker, Ronald Dickie tells us; ‘the rider who was second [Chiappa] had to return to Italy because of illness in the family.‘

The shadows are longer for the big one but it’s still baking hot – riders pour bottles of waters over their helmets.

The circuit is ‘any crit, any where,’ two long straights linked by a short straight at one end and a sweeping curve at the other.

The surfaces are good and the wind makes the back straight a 50 kph plus job.

Early breaks ebb and flow but the one that sticks is Six Day stalwart Andreas Muller and Dan Harm – the big American has been getting stronger as the two weeks have progressed and today he’s flying.

Canada chase but can’t harm Dan’s lead (sorry), Andreas’ face tells the story of how fast they are going.

Along at the curved end of the course, guys are practicing passing a rugby ball – but a picnic table covered with an impressive array of beer and spirits leaves questions about how serious their sporting goals are.

Across the road at the Harvard Club (members only) they’re out on the pavement to watch.

Ronald offers $5,000 for the first rider to get across to break – that cash is safe.

The course passes the statue of calypso king, Lord Kitchener the old Roxy Cinema and back into the finish straight behind The Oval.

The gap is a minute and growing; five jump clear to avoid the ignominy of being caught by ‘Little and Large’ but eventually they drop the lap and it’s the usual chaos.

Pete reckons Harm might win, I figure that Andreas has got round too many Sixes to blow it now – if Bruno Risi can’t drop Andreas, I can’t see Dan Harm doing it.

Franco rides locomotive for the last lap and Andreas comes home just behind third placed (but lapped) Walter Perez to clinch it.

Prize time next; the podium girls are lovely, lovely – but I could be their granddad.

I lose Pete, I can’t find him anywhere – but who’s that on the podium singing along with Donadio and Franco?

Jeez, I could use a shower. 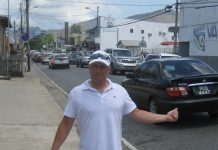 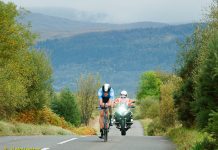 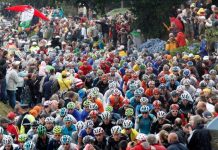 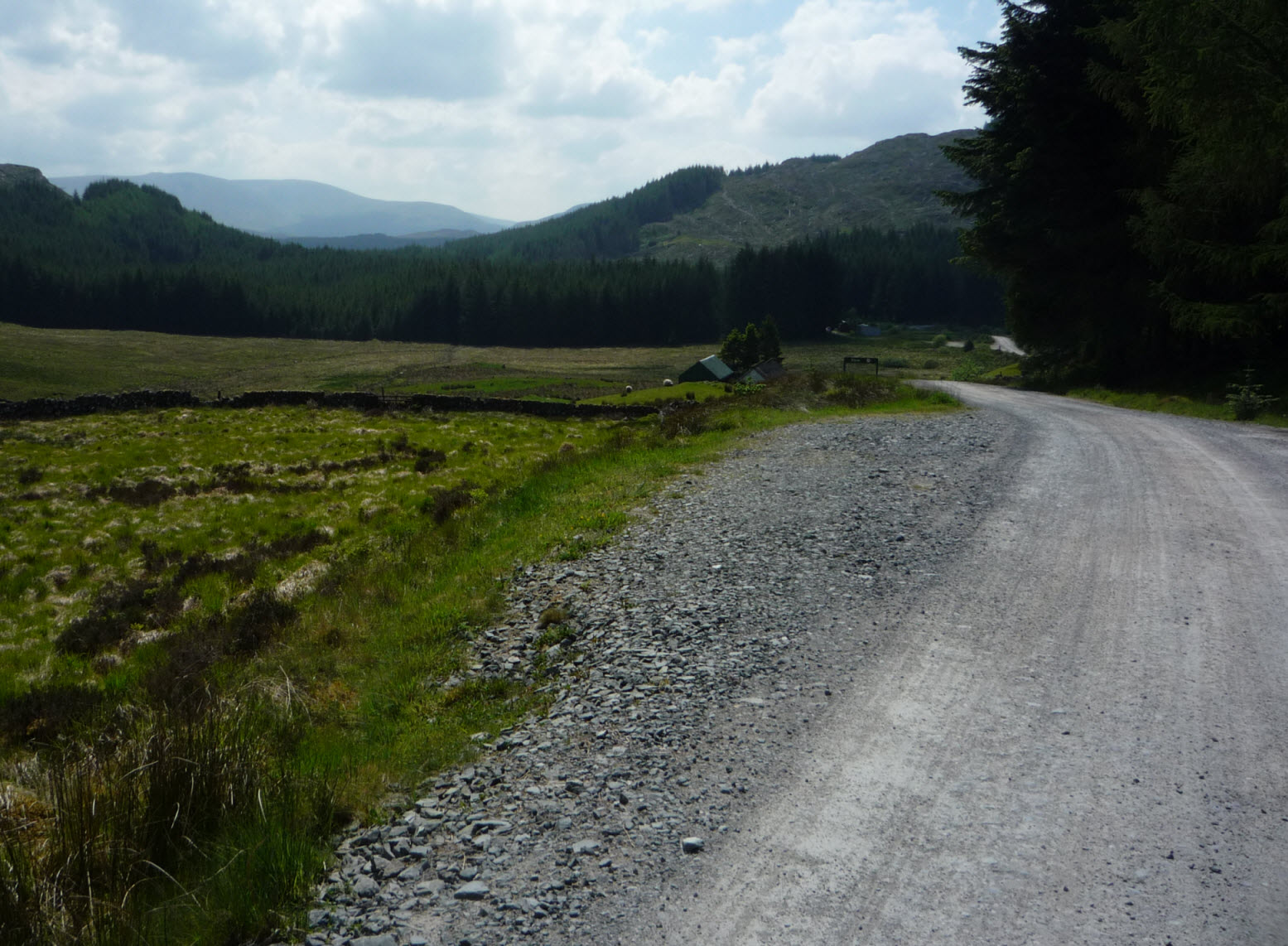 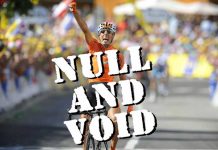 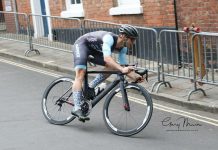 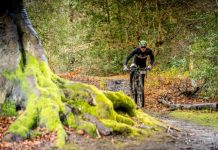 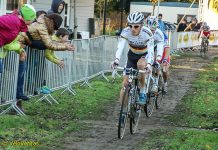 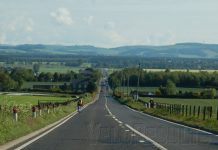 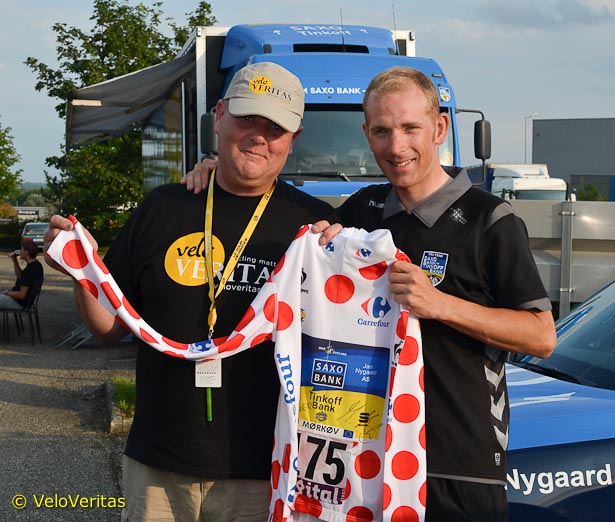 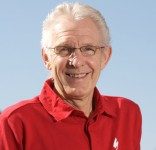 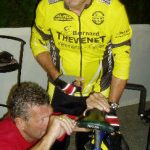