They’re standing beside us at the 150m to go mark, and in the mist and cloud: once again, QuickStep have done the job.

The break survivors limp by before a snarling Ezequiel Mosquera flashes past, intent on putting as much time into the other ‘heads’ as he possibly can.

And now it’s 18:00 and we’re in the bus driving down the cloud-shrouded road back to the press room.

Ten hours ago the rain was falling on the trees outside our balcony when we awoke. Through the gaps in the foliage we could see the tips of the foothills of the Picos, bursting through the clouds.

Vehicular access to the Covadonga climb is tightly controlled on race day so we: were going to have to: head up into the clouds by shuttle bus; ‘just one bus, 3pm, 30 people, no more!‘ – we made sure our names were first on Head of Press Relations Maria’s list.

The press room (from where the bus left) is 25 K from the top of the climb, and fills the Sports Hall at Cangas de Onis – just two Ks from our austere digs out in the wilds. It: felt like the Marie Celeste compared to a Tour press room.

We fired our words and pictures from yesterday’s: recce that we drove: into the cybershere, and then it was: time for a beer and some tapas, after which we arrived back at the press room at 2:55pm and the ‘only one bus’ is pulling out.

Desperate journos chased it down the street; ‘wooooaaaahhhhhhhh!’ as one guy thumped on the side of the coach as it accelerated down the street. A Vuelta staffer jumped out in front of it, but the driver wasn’t impressed; ‘the bus is full, I go!‘

Just as it looked like one of the journos was going to have a seizure, Maria appeared; ‘there are two buses, now!‘

The guy at the bus door asked us to show him our names on the list – which we registered for at 10:00am remember.

We weren’t on it, but he just: shrugged and handed us the list and a pen – we’re on our way!

Al updated us by text;

“9 riders away in the rain, time for my siesta before the finish. I’m not doing the race report so I probably can’t sleep. Now, if I was doing the report I’d probably would sleep through it!”

We got to Covadonga village and the climb was locked down tight – so glad we did our preview yesterday. The rain was drizzling, the bus engine whined in a low gear and the ‘civilians’ on foot stare enviously in through the windows, their up-turned thumbs elicit no mercy from our stoney faced driver.

Cyclists got in the way of the bus,but our man crunched a down shift and up we droned through the trees which slapped the side of the bus for it’s foolishness in venturing up here.

‘Honk! Honk!’ he blasted the air horn, to no avail – another crunching gear change.

The rain made the greenery even more lush – it was like driving through a rain forest – ‘Parp! Parp!’

Al kept us right with another text as the cows looked up from their grazing;

The cloud: closed in – not good news for the autofocus, the horn blasts got longer, ‘Paaaarp! Paaarp!’ as desperate cyclists and walkers battled up through the gloom.

Martin was happy though, he couldn’t see the 500 foot drop on his side of the bus that made driving ‘a little tricky’ up here yesterday.

Visibility was almost zero, white mist enveloped us but still we climbed. Three Ks to go and we dropped down the first dip – slowly.

The last kilometre, it dips, the lake is over to our right but we couldn’t see it in the murk. Guys high on wine: or goodness-knows-what jumped out, shouting and wide-eyed, in front of us and stop the bus – wild!

Eventually, we pulled in to the car park just down from the summit. Track suit bottoms, Goretex jacket, hat – it wasn’t a nice day. The visitors’ centre near the top was shut, so we took a few pics and wondered what we’d do for the next hour.

But then we heard a familiar sound, ‘the skirl of the pipes’ – they have bagpipes in Asturias too, not just Bonnie Scotland. The sound of the pipes lead us to a big hospitality tent, just off the summit – free soup, nibbles and drinks – that was more like it!

The break was still clear but behind, Mosquera had marshalled his foot soldiers; grim faced they fired the first salvos, but it was General Mosquera who had to fight the last minutes of the battle all alone, ten kilometres up into the Picos.

Barredo attacked the break, Velits countered, but the Spaniard was smooth and fluid to the hunched back and bent elbows of Velits.

Up front Nibali threw his best men into the fray.

The tent roof was leaking but there were lovely cakes being passed round, we could live with a few drips.

Barredo was only losing time slowly, Wilfried Peeters screamed up in the team car; ‘you can do this Carlos!‘

The piper blasted our ears as back among the GC guys Kreuziger drove through sodden green forest, few were able to hold the infernal Galicia and Liquigas tempo.

It was time for us to go, brave the rain and take up our position on the finish straight.

Suddenly, the police motorcyclists appeared out the mist and Barredo, triumphant, smiling as he flew past his pal and his grannie.

The break survivors scrabbled for the crumbs.

Then it was Mosquera, fighting for every tick of the second hand.

Already, riders were freewheeling off the mountain.

Frank Schleck freewheeled back to the team car bare-headed; that’s not a good idea, Frank.

We had to get back to the bus – there was no way we wanted to walk out of there.

And then it was time for the pictures that you only get if you’re on the territory and looking for them.

The first funny moment was when Nibali made the UCI dope test chaperone run to keep up with him.

Rodriguez couldn’t find his team car, and kidded on he had been abandoned here. He joked around for us, trying to hitch a ride from the team vehicles leaving the car park.

And now we’re back at the press room, with a return flight to Scotland tomorrow afternoon. It’ll be some time on Tuesday when we pause and think; ‘we were at Lagos de Covadonga on Sunday, wow!’ 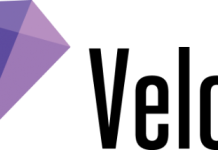 Velon and the Tour of Poland Announce Partnership For Live Rider... 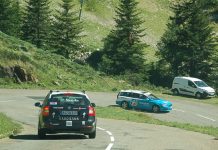 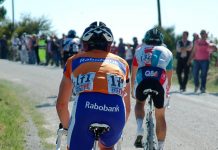 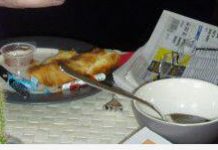 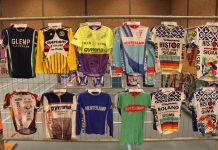 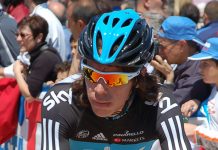 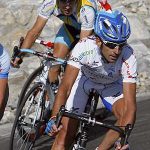 Nuggets August 27, 2009
La Vuelta; have you seen the parcours? Brutal! In my opinion, too hard; if it was Italy or Spain they'd engineer it to suit the characteristics of the 'home boy,' but in España it's one for the mountain men - maybe they forgot that Alberto wasn't riding; that we may have seen the best of Carlos; that Valverde will have a bad day and that José Manuel Fuente and Luis Ocaña have left us (God rest their souls). 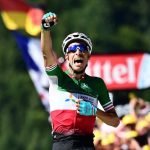 Race Reviews July 5, 2017
It may seem like scant evidence to base a major assertion upon but from what happened in the Stage One time trial – and yesterday’s first significant ascent of the race, La Planche des Belle Filles, Chris Froome (Sky & GB) has the 2017 Tour de France won barring disasters or acts of God. 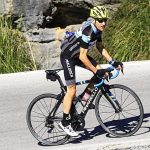 Interviews April 4, 2020
When we left Adrian Timmis at the end of the first part of the interview he’d taken a stage in the Midi Libere in 1987 and survived a gruelling Tour de France the same year but had just completed an unfulfilling 1988 season with Z-Peugeot who, despite having signed him for two years, cut him loose after just 12 months.