However, sometimes it’s hard to be right.

Despite the fact that I think the UCI are doing a less than brilliant job, I think cycling is right to try to eradicate the pills, potions, transfusions and suppositories that blight it.

And it’s hard to be a cycling fan; if you’re serious about the sport you’re obliged to garner knowledge about subjects that would be unthinkable in any other sport — blood profiles, transfusions, plasticers, EPO, CERA, masking agents, growth hormones, supplement contamination, NESP and all the rest.

It makes you cynical, but after those Gap advert shots of Tyler in his button down shirt sitting with Haven and the late Tugboat, no one can blame us.

I have friends and acquaintances that delight in phoning or texting me when ‘the next cycling drugs scandal’ hit the press — that’ll be today, then.

But what amazes me is their naivety about their own sports.

Golfers say; ‘why would you need drugs to play golf?’

When you respond with; ‘see when a golfer whacks that wee ball with a dirty big club; wouldn’t it be good if he could hit it a bit harder, build some big muscles on his shoulders and back?

And when he’s on that last green with a million dollars resting on a putt, wouldn’t a wee pill to calm the heart rate be helpful?’

They give you the ‘golfers would never do that’ look.

But here’s what veteran golfer Gary Player had to say; “one guy told me – and I took an oath prior to him telling me – but he told me what he did and I could see this massive change in him.

And somebody else told me something I also promised I wouldn’t tell, that verified others had done it.”

Player also revealed he had himself rejected offers from doctors to take Human Growth Hormone (HGH).

“Every doctor I go to, without fail, says ‘Gary, you must take HGH’,” he explained.

He said you’ll start hitting the ball 20 to 30 yards further.”

Dave Meek follows rugby and sent me an article which Brendan Gallagher wrote for the Daily Telegraph online; I’ve précised it a little:

‘Springboks Bjorn Basson and Chiliboy Ralepelle have been let off and totally absolved of all blame by the South African Rugby Union after testing positive for the banned stimulant methylhexaneamine last autumn.

The Boks duo tested positive because the methylhexaneamine was present in supplements given to them before the Ireland game, a supplement approved by the Springbok management and used with some regularity over the last couple of seasons.

So that’s all right then.

Disregarding the question as to exactly why a player would need a supplement so close to any game, the SARU Disciplinary committee argue that their players cannot in anyway be held responsible for the accidental appearance in their bodies of the banned drug.

The soothing words of SARU chief executive Jurie Roux are worth repeating and will infuriate many;

“This verdict completely quashes any idea that either the players or the team were guilty of any attempt to cheat.

“No responsibility attaches to the players at all.

“The banned stimulant was in a supplement given to the players in a warm-up before the Test against Ireland and is a product that has been used by the Springboks before without any adverse analytical findings.

“I am most sorry that the players have had to endure the stress and stigma attached to a failed dope test.

“Hopefully this verdict will have laid to rest any idea of any wrongdoing on their part.”

Rugby union which always rejects claims that the sport has any sort of drug culture has failed to act or even acknowledge a potential problem.

The rules are supposed to be black and white; ‘if it’s in your system, it’s your problem,’ it took the finest legal brains in Spain, friends in high places and a 600 page report by experts to get Contador off the hook, but with a decision which continues to puzzle all but the staunchest ‘Bert’ fans.

Meanwhile, Tom Zirbel and Alessandro Colo continue to serve out suspensions for offences with similar or lesser culpability than Contador’s.

What sparked this rant was reading that ‘Angry Accies back player’ headline in The Scotsman regarding the issue of the suspension of Hamilton midfielder Simon Mensing who served a four week suspension for failing a random drug test.

‘The player maintains he was unaware he had ingested the substance (good old methylhexaneamine) while using a dietary supplement.’

I’ll spare you the specifics but there are statements dripping with righteous indignation from the player and the club chairman.

I know nothing of Mr. Mensing, and he may well be a ‘victim;’ but I do know that if he was a cyclist he’d be looking at a two year ban under the ‘strict liability’ that is supposed to apply to all sportsmen about what they ingest, under the WADA rules.

Unless he could afford a 600 page report, that is.

But the things that strike me about both the rugby and football case are; what were they taking, what’s to stop the next man having the same problem and where’s the scientific evidence to support their being cleared?

If the supplement is a dud then shouldn’t the supplier be sued, or at least told to look closely at their products?

It’s hard to be a cycling fan but it must be worse to be a golf, rugby or football fan; having all that sand in your ears from keeping your head permanently buried. 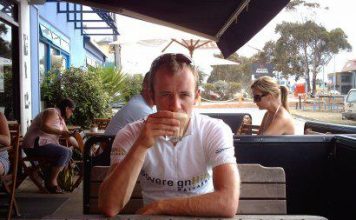 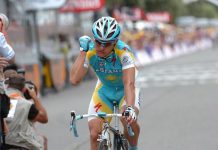 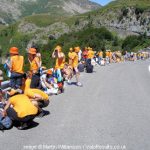 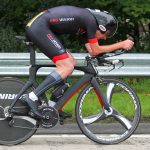 Interviews August 28, 2017
It’s hard to believe that since I started cycling in 1971 nearly four minutes have been hacked off the Scottish 10 mile time trial record; when I started it stood at 22 minutes and 14 seconds: 1971  P.Templeton  (Dundee Thistle R.C.)  22 mins 14 secs. It now stands at 18 minutes and 38 seconds thanks to that man John Archibald (Pro Vision) - a time he achieved this morning on the fast dual carriageway tarmac beside the River Clyde at Westferry. 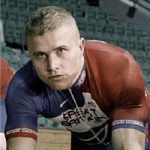 Interviews July 19, 2008
Craig Maclean has nine golds and two silvers. That's what Team GB took away from the Manchester World Track Championships, back in April. A repeat performance in Beijing is entirely possible. How does British Cycling do it? One of the reasons is that their selection criteria is ruthless; past glory counts for nothing.