Home Interviews Ryder Hesjedal – On his Tour crash, the Olympics, the Worlds, and...

Garmin’s Ryder Hesjedal came out of the Giro in shape of his life, with his morale sky high after his historic win. He rested well after Italy, resumed training and was in great shape for the Tour de France. He rode strongly in the prologue and managed to keep out of trouble – until stage six.

The tall Canadian went down in the huge crash which marred the sprinters’ stage from Epernay to Metz, losing 13 minutes after hitting the tar hard at high speed.

But the big Canadian was soon back on the bike and building up for the autumn.

A top dozen ride in Piedmont was followed by sixth in the Tour of Lombardy – boding well for his next race, The Tour of Beijing.

Hesjedal took time to speak exclusively to VeloVeritas about his crash in the Tour, his return to form and his hopes for the future as he waited for his flight to China at Paris airport.

A nice result in Lombardy, Ryder.

“Yeah, it was a good result given that it was such a tough day and the nature of the Lombardy parcours.

“I could see that I was coming into good shape through the Worlds and Piedmont – I just lacked a little freshness at the end in Lombardy and it was a complicated finale.”

Most riders are on the way down, but you’re on the up.

“I was planning to ride well in the last part of the season – and that’s why I’m going to Beijing, not just to ride round.

“The Tour was a low point so I wanted to end the season well – and earn my winter break.

“The last couple of years I’ve finished after the Canadian races, but this year I started later and will finish later.”

It was a brutal day in Lombardy, does that suit you?

“Some of the top guys crashed out – the weather takes its toll and I have good form and morale.

“I spent time in Canada in August and did some good training on home roads – I could feel my form coming out of that.”

Have you recovered fully from your Tour crash?

“I had imbalances in my legs due to trying to compensate for the injury – you stress the opposite side from the injury and it affects your back, too.

“It was a hard knock to the bone; I had contusions and haematoma with muscle damage in a difficult place – my hip flexor.

“It took a while to get over completely.”

Do you remember much about it?

“There’s ‘crashing’ and ‘getting crashed’ – I was pretty much just riding along and down I went, there was nothing I could do; it was scary!

“But the fortunate thing is that the injuries could have been much worse.”

Is it possible to be competitive in the Giro and Tour?

“I was in the best shape of my life out of the Giro and my recovery from it was easy.

“I trained well and showed in the prologue in Liege that I had good condition.

“The first week went well and I reckon my condition was better than at the Giro.

“I plan to ride both, next year; I’ll certainly be on the start line in Napoli with that number one dossard pinned on my back.”

How did you build back up after the Tour crash?

“I was Canada’s sole representative in the London Olympics road events so that was uppermost in my mind.

“The main thing was to recover for that; after I lost all that time in the crash there was no way I was going to do a good GC ride.

“I just took it day by day and within 10 days I was getting back to normal.”

How were the Olympics for you?

“The Olympics are a unique and complex race.

“It was difficult to compete with the guys who had come out of the Tour and tapered into London for the road race.

“And of course you’re up against the specialists in the time trial.”

“I was caught behind the crash the top of the Cauberg in the closing laps – I had hoped to be involved in the finale but I could see that my condition was coming good for Italy.

“I felt all right and when I look at the riders who finished behind the podium I think I could have been there – but there’s nothing you can do when you get caught behind a crash.”

Beijing – it’s a long way to go in October.

“It’s demanding, yeah, but my form and morale are good and it’s much less of a problem if you’re in that situation.

“I had the Giro, then the Tour, the Olympics and after that I went home for four weeks and that refreshed me.

“I rode the Canadian races and could feel that I’d recovered and my build up was going well; so I’m keen to get into it.

“It’s not easy flying round the world – 12 hours – but the good thing is that it’s a direct flight, Paris to Beijing.”

Were you in demand with the media back in Canada?

“I did what I had to do in that respect but I was focussed and did the training.

“When I got back to Victoria they had a reception for me with all my friends and family – that was nice, it was good to be home.

“But training came first; it’s always good to train on the roads you grew up training on – rejuvenating.”

“The team time trial early is good for Garmin but there are some technical stages before the first rest day with that long time trial.

“And then the last week you have the big mountains; but I think I proved last year that I can deal with those.”

When do you head for Hawaii for your winter break?

“I head for Canada after Beijing; and then to Hawaii.

“I usually start my build up at the end of November – but I listen to my body in that respect.”

They had you cooking risotto at the Giro launch – cool, or a pain?

“No, it was good fun – the chef said that I had the texture just right.

“It was great to have a fun day like that after the Tour of Lombardy in all that horrible weather the day before.

“Yeah, it was a fun afternoon in the company of all those great riders, unveiling the parcours of a great race.” 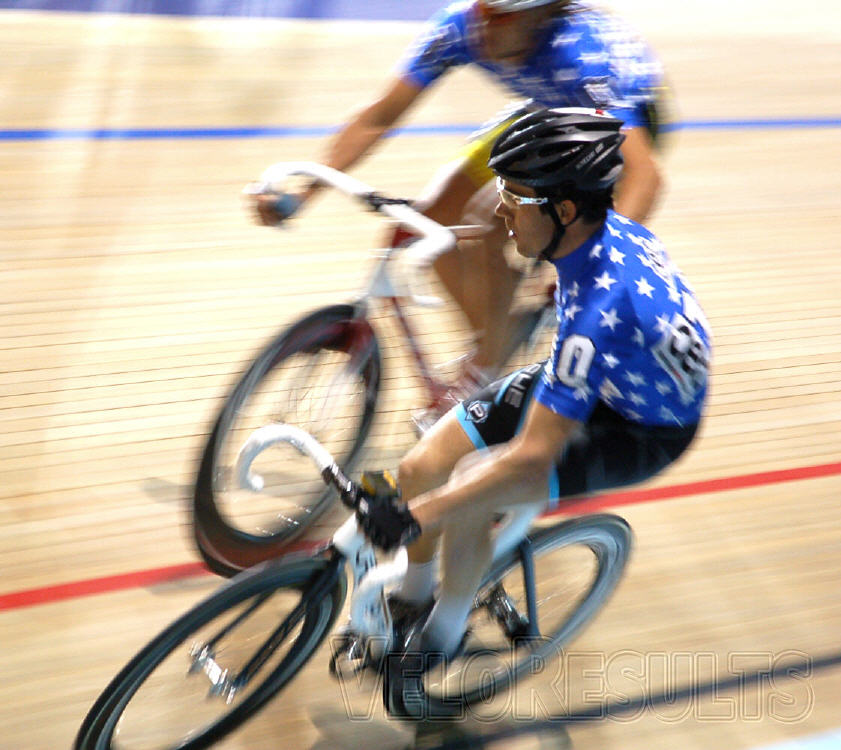 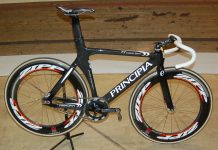 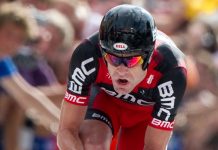 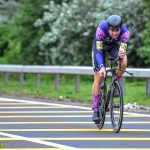 Interviews August 3, 2019
This year Marcin Bialoblocki has turned his attention to the 100 mile TT distance, winning the national title before setting out specifically to break competition record in Norfolk, last Sunday, bringing the record close to the scarcely believable 3 hours 10 minutes barrier with a 3:13:37 ride; that’s 31 miles per hour average on a course with 42 roundabouts. 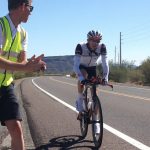 Interviews July 1, 2019
James MacDonald holds the Lands End to John O'Groats AND BACK record, and recently attempted the 24 Hour Record on a velodrome. It didn't quite go to plan... 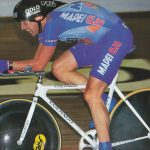 Nuggets October 14, 2016
VeloVeritas resident prophet and Guru, Viktor is in Spain just now. His old bones can't handle the Scottish weather these days - a nice wee apartment in Benidorm. There's a Belgian and a Dutch bar, both within crawling distance and both with big TV's permatuned to sport, often bike racing. He has his bike out there and is about as happy as Vik ever gets. I rang him the other day to ask if he'd seen Etixx-QuickStep's beautiful ride to win the Worlds TTT...