Home Interviews Eddie Alexander – 4th in the Seoul Olympic Sprint; “I wish I...

Whilst Seoul in 1988 was no ‘Beijing Gold Rush’ the performances of the GB riders opened eyes and proved that Olympic medals weren’t just a pipe dream. A young Englishman called Colin Sturgess narrowly missed bronze in the pursuit and a Highlander called Eddie Alexander took fourth in the sprint.

Olympic years 1980 and 1984 were fallow ones for the GB Olympic track squad. The team pursuiters had performed with honour in ’72 and ’76, bringing home bronze for their efforts.

Coming from Inverness, how did you get into track racing, Eddie?

“I started riding time trials when I was 14 years-old, riding for the Clachnacuddin Cycling Club.

“Racing meant a lot of travel and on those travels I got a chance to ride the Meadowbank track in Edinburgh – I really liked it.

“I won the schoolboy sprint and pursuit on the Caird Park track at Dundee; then in ’81 the junior sprint and road race.

“If you lived in the North, you just rode everything there was.

“John McMillan helped me with my training and we decided we needed a structure – something to aim at. We decided we’d aim at a medal in the Commonwealth Games in Edinburgh in 1986.

“John was instrumental in providing structure for me – we got to the point where I’d gained a lot of experience and perhaps knew as much as he did, but I’d still bounce ideas off him.

“We keep in touch, to this day.

“I was studying at Herriot Watt University by then and joined the City of Edinburgh Racing Club.

“At the Games, I remember I graduated from Uni then went straight to the Village – it wasn’t ideal.”

Can we check your domestic palmarès?

There was Commonwealth bronze in ’86, though.

“Yes, I beat Paul McHugh in the sprint ride off.

“It rained a lot and there was a lot of waiting – a very stressful experience, but I learned a lot.

“I said to John McMillan that I’d like to target an Olympic sprint medal – Reg Harris was the last person to win one – silver in 1948.

“I’d just begun to work for the Central Electricity generating Board and had to schedule my leave around my racing commitments.”

We interviewed Paul; he never seemed to properly exploit his talent?

“Paul was an outstanding junior, but I think he perhaps went faster in training than he did in competition.

“I was the opposite; my focus was on the races.”

“We’d set the goal of a medal in Seoul but I’d run out of holidays and had to apply for special leave.

“I’d done a bit of networking and the press had picked up on my situation – so that helped my case.

“I was living in Gloucester which was a long way from Leicester where the nearest track was – and of course, you could travel all the way there and it would be raining.

“I used to train after work on my track bike – with no brakes – on the flat roads of an industrial estate near where I worked. The main hazard was learner drivers – with no brakes, they could present a bit of a problem!

“They were all full time, the East Europeans were all state supported and Neiwand was with the Australian Institute of Sport.”

“It was a little frightening sitting beside them on the start line – they were colossal men.

“That era was tainted pretty badly by drugs – but I don’t think that we did ourselves any favours.

“The powers that be weren’t hard enough at the time – but we can’t turn the clock back.”

Did you get much help from the Federation?

“At that time you didn’t get a lot of support.

“I remember at the Commonwealth Games the BCF supported the English team, not the Scottish one – that lead to a bit of tension.

“But there wasn’t a lot of money around and the training facilities weren’t great – Leicester and Meadowbank were open air and at the mercy of the weather.

“After my fourth place in Seoul I remember I was allocated a £750 grant – the Continental tyres I rode were £100 each!”

And your Olympic preparation wasn’t the best?

“We had a training camp for a week at Leicester; it wasn’t just me, Chris Boardman was there and Colin Sturgess.

“It rained for three or four of the days we were there, so much time was wasted, but we just had to make the best of it.”

You rode the kilometre and sprint; with hindsight do you wish you’d concentrated on just one?

“Possibly, a lot of the training was very similar but it may have been better to focus on just one event, yes.

“Time was the main issue with me, I worked full time, five days each every week and trained after it; recovery time was the problem – I always seemed to be fatigued.

“Another big problem was that I had no track to train on – and technical support for riders is so much better, now.

“I received help from John McMillan and The City of Edinburgh but none of us really had the knowledge they do now.”

You must get a wee twinge of envy when you see the GB Cycling Academy facilities?

“You can’t wind the clock back; but coming from Inverness and winning Scottish, British and Commonwealth medals with help from John McMillan and the City of Edinburgh Racing Club I think I was very fortunate.”

Manchester has made a big difference.

“Access to an indoor track makes a big, big difference – look at what the Federation have achieved since that track opened.

“It was the key – there’s a direct correlation between the track opening and the start of the GB track squad’s success.”

The team sprint is an event you’d have liked.

“Yes, from a City of Edinburgh Racing Club perspective it would have been good.

“I think it’s a great event and one which would have suited me with my strength from the kilometre.”

Those tandem sprints used to get a tad hairy.

“But Stuart Bryden rode it for fun as much as anything else.

“We both focussed on the sprint and kilometre, so the long sprints which you associate with the tandem suited us because we had the endurance.

“It was a shame they let it go – it was fun and a great spectacle.”

What happened at the 1990 Commonwealth Games?

“I crashed in Denmark in 1989 and dislocated my shoulder; I was off work and off the bike for a long time – recovery was slow.

“I decided to go out to Australia for the Commonwealth Games early – they were during our winter – to get some quality training in.

“But there was a baggage handlers strike at the airport and we ended up hanging around the airport among hordes of people for hours.

“I’m sure that’s where I picked up a virus – I literally got out of my bed to do my qualifying ride for the sprint tournament.

“I ended up fifth after clipping a pedal and crashing in the quarters – I was very disappointed.”

“Before ’88 I suffered a prolapsed disc which took a long time to recover from.

“I lost a lot of muscle in my leg and buttock – the disc causes damage to the nerve which in turn damages the muscle.

“I had a lot of tests done on me – I rode the Nationals but didn’t really want to go to the Worlds.

“However, they asked me to go because they need placings for Olympic Qualifying.

“The British Olympic Medical people had me at Harley Street but there was nothing to be done – the disc was pressing on the nerve root.

“It’s still an issue with my left leg.

“Apart from the nerve problem, I was stronger than ever – and only 25 years-old.”

Do you still ride?

“I have kids now and I go for a potter with them on the mountain bike.

“We live in Weybridge so we’re only 500 metres from the Olympic road and time trial courses.

“And I have my tickets for the sprint quarter finals at the Games.

“I was at the track World Cup in London, what a fabulous facility that is – the weather is such a big factor in this country.

“I think Chris Hoy has been the catalyst in the current cycling boom in the UK.

“When the Olympic test road race was held, we went down to see it, expecting to see a handful of people, but it was packed.”

“Just that I wish I knew then, what I know now.

“I’d structure things more and apply myself more – but I was just a teenager and guy in his early 20’s, you have fun . . .

“But generally I was very fortunate; I had great times and met great people.” 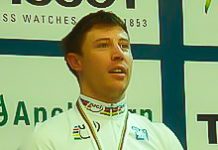 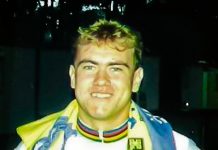 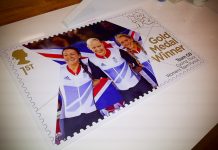 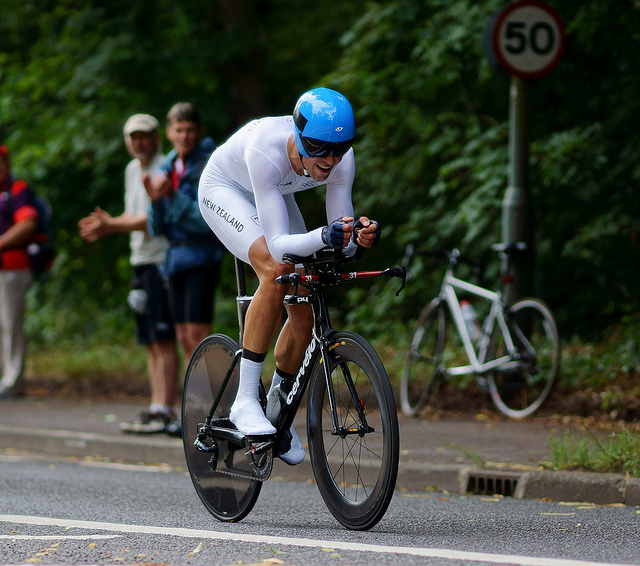 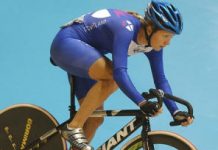 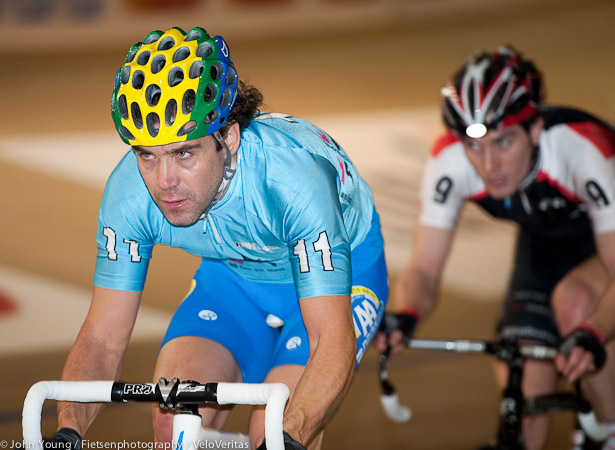 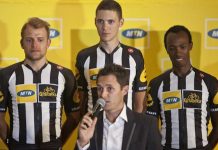 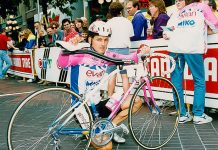 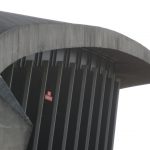 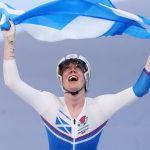