Home Interviews Joshua Cunningham – “I just need to get my arms in the...

With our Flatlands boys Douglas Dewey and Llewellyn Kinch heading south to race in France for 2013 we decided we’d best have a word with Rayner Fund rider Joshua Cunningham to see what’s happening in Belgium?

Here’s what he had to say;

Remind us which team you rode for in 2012 Joshua, why leave?

“I was with Viasport-Publie LED last year, a team on the periphery of both the Top Competition and Beker Van Belgie – which meant a good, if not indefinite calendar!

“There was a few other Anglophones and I got some good opportunities so it turned out ok.

“The team disbanded at the end of 2012, but I had sought out pastures new before that came apparent, luckily.”

“2012 was another step forward for me, being the first year I became properly ‘competitive’ at the races.

“I didn’t manage to get that elusive win, but I made the podium and had plenty of top ten placings at both Kermises and Inter Clubs, so was able to end the season happy nonetheless.”

What are the biggest lessons you come out of 2012 with?

“That winning a bicycle race is a complex beast!

“Oh wait, no I already knew that.

“Specifically, I learnt a lot about how to read a race, about how to make it into the group that contests the win, how to change my style of riding between varying races.

“In general, I came out with a much clearer picture of what it takes to turn professional.

“I think 2012 was the year it went from being a faraway dream, to being a task in hand, which is quite a barrier.”

How did your winter go?

“I had a really great winter, with the help of various people.

“I was able to start training on power, which has seen my physical capabilities take a massive leap forward in the way that everyone says it does!

“I was also able to get out to Mallorca for a few weeks before and after Christmas, which again allowed a standard or training that just wouldn’t be possible at home.

“Off the bike I earned my pocket money at local triathlon shop, The Tristore, and made the most of UK residency with my family and girlfriend.”

Are you still on the Rayner fund?

“I am, and I am as grateful as ever for the ongoing support from everyone at the fund.

“This is my second year as a supported rider, so hopefully I’ll be able to repay everyone by making the same amount of progress as I did last year.

“It’s a gratitude that can’t really be expressed, as doing what I do now simply wouldn’t be possible without such a great organisation.”

“This year I am riding for Terra Footwear-Bicycle Line.

“As well as the TopComp, we’ll be doing a lot of stage racing in France, UCI 1.2’s in Belgium, as well as the staple diet of the Kermis scene!

“Another benefit of being a TopComp team is we get to ride Pro Kermises, which kick off in the summer.”

“We’re on a combination of Fuji SS1s and Altimiras, with an appreciated return to Shimano after riding Campagnolo last year.”

“No, not quite as abundant!

“But with it all being made by Bicycle Line, it’s really good quality Italian stuff; no bagginess or fraying edges which is very luxurious!

“I am one set of kit down though after somebody stole an entire set – socks and all – while I was in the showers after The Kattekoers.

“It was a filthy race, so I can only assume with the amount of mud covering everything that either someone mistakenly took it as theirs or it was a bidon/jersey collector taking things to the extreme.”

Did they have a training camp?

“We didn’t go away together, but a lot of the guys in the team have been on camps over the winter, as is the growing trend.

“All of the Antipodes had one of the hottest summers ever down in the Southern Hemisphere though; just one long training camp!”

“Not as glittering as I would have hoped, as with the physical condition I’ve had I would be expecting to have a lot to shout about.

“Racing is not as easy as having a good set of legs though, so the best I’ve managed so far is 11th.

“I’m showing myself well in the bigger races, but haven’t been able to play my cards right in order to get that result.

“The ‘racing rhythm’ didn’t really hit me until late April last year, but from then on I just got better and better.

“There is so much talent residing in Belgium that a lot of people are just a race or two away from becoming a ‘name’.

“But from a brief English speaking point of view, Dan McLay (Lotto u23) is a class act and has been getting up there in some big races so far and my Irish housemate Conor Dunne (VL Technics) will probably have a good year.

“Both are on the Dave Rayner Fund too.

“There is also an American guy called Thomas Gibbons who I don’t know, but he won back to back kermises last week which is always impressive.”

Do you have a good programme?

“Absolutely; like I said before, we’re one of the TopComp teams so there is that series of 8-9 races throughout the year to focus on.

“Then we have quite a bit of stage racing in both France and Belgium, which is actually a rarity for a lot of amateur teams.

“Around that there’s some UCI 1.2s, Inter Clubs, and both amateur and pro kermises.

“It’s a really good calendar so I’ll get a good few opportunities to ride some big races.”

“Home is Eastbourne, in the UK, but while I’m racing it’s just outside of Zottegem in East Flanders.

“I’ve been based around Zottegem for a couple of years now, so it really is beginning to feel like a home away from home.

“Should I be worried about that?”

Any Anglos to chat to?

“Like I said a large part of the team this year is English speaking, so with the team house just five kilometres away I see the guys a lot.

“Then there’s my housemate Conor who I see pretty regularly – funny that.

“There are a few houses in and around Oudenaarde with riders in too, so there’s always someone around to go riding with or bump into in the smoky sign on of some kermis.”

We reckon that’s something like “It’s getting better all the time ! I’m studying with Rosettta Stone , and of course I speak a little bit to a locals. But it’s hard because their English is always better than my Flemish!”

I saw a picture of you on the track, where and what was that about?

“I wasn’t riding myself, but I was at the Wielercentrum Eddy Merckx in Gent helping my coach and my housemate gain some aero advantages on the TT rig.

“It’s a great facility they have there.”

“Just to keep the progression going, reach some new levels, in order to keep bike racing as a justifiable priority in my life.

“I am 22, so I have to keep the momentum going and move through the ranks swiftly if I am to make a career out of this.

“I’m at the stage now where I can really hold my own in the races that people take note of, so in 2013 I just want to capitalise on that really.

“In a sentence though; I just need to get my arms in the air.”

Tell us about your Open University course.

“Well, after training and racing, there often isn’t a great deal to do in Belgium!

“Don’t stand if you can lean, don’t lean if you can sit, don’t sit if you can lie down” is the golden recovery rule, so I wanted to do something productive while still adhering to it!

“The course I’m doing is called ‘Making sense of the arts’ and is a combination of English, History and Art.

“It’s only an openings course, but I’m enjoying it’s another string to the bow so I’m glad I signed up.”

Have you encountered any of the Belgian or Dutch guys who write poetry about bike races, yet?

“Not about bike races specifically, but bicycles are a pretty common topic!

“Saying that, Dave Millar and some chums from Garmin formed “The Procyclist Book Club” on Twitter so maybe they would have more of an idea than me.

“If I ever get a contract I’ll see if they let me join and let you know!” 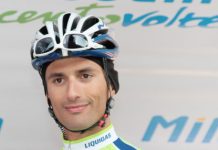 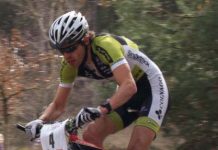 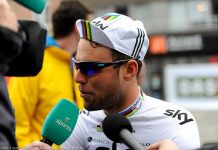 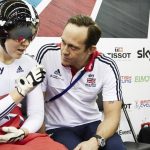