Saturday morning, 07:30 and the sunshine streams into our room in Merano.

Yesterday we looked out on teeming rain; and a little later, as we drove towards the start the email arrived to inform us that the stage was cancelled.

It wasn’t a big surprise, up on the valley walls the trees were coated with snow and the spikey peaks were pure ‘winter wonderland.’

It was park up and think of ‘Plan B’ time.

A quick look at the Gazzetta over a cappuccino had Vincenzo in his pomp dominating the front page; it’s always good to take a stage victory en route your Grand Tour win.

We had an invite to the Castelli factory, but they had a big sales meeting taking place, so that was a non starter.

‘Plan C’ – contact press officers for interviews, Astana and BMC with both said, ‘no problem.’

However there’s the matter of finding their hotels (tricky when you’re given the wrong name) and then finding a time to suit the riders who have to go for a pedal, nap and food on what was in effect an impromptu rest day.

It was 16:30 when we arrived at the BMC team hotel – and when the team hits town, you know about it.

A fleet of immaculate vehicles dominates the street with cars not just washed but chamoised dry; I’ve seen plenty of team vehicles washed – but never chamoised.

Cuddles bike was on the turbo – after his ‘giornato no’ in the mountain time trial I’m guessing he’d be more than happy not to ride the Stelvio.

Originally our interview was with Adam Blythe but we got two for the price of one when big Steve Cummings appeared with Adam and Media man, George Luchinger – to whom we say ‘thank you.’

We go back a-ways with Steve; Dave and I first spoke to him at the Giro in Sardinia back in 2007 when he was a Discovery man.

The races he rode for the team when Contador was the Capo had the Spaniard more than happy with the big man from The Wirral – ‘Bert’ told team mechanic Alan Buttler that he’d have Cummings in his team any day of the week.

There’s a future for the two as a cycling ‘Ant and Dec’ of cycling – they bantered their way through our chat very nicely.

Next up was a dash to the Astana hotel to meet Tanel Kangert, Vincenzo Nibali’s right hand man in this Giro.

Kangert is a nice lad, honest and serious but not stuffy; still with a bit of fun about him – he’s been one of the revelations of this race and admitted that he’s enjoying the attention.

The man doing the organising was former Team Type 1 Media man, Chris Baldwin who I got to know through interviews with the team’s big sprinter, Aldo Ilesic and their boss, Phil Southerland. Again, thanks go to Chris.

Farewells bid, we headed off to find the hotel, write up the words, edit the pictures and then strike out in search of pizza and grappa; a mission which we duly accomplished – eventually, but first – a skek at the Astana bikes.

Nibali’s Specialized is nice, understated, with none of that Liberace stuff which the manufacturers often succumb to – even ‘The Shark of the Straights’ thing isn’t overdone.

And of course, we can’t let this day go without mention of Danilo Di Luca.

I remember in 2009, the short stage to the Blockhaus climb in Di Luca’s native Abruzzo, the LPR team went on a death or glory mission to get Di Luca the stage – with even Petacchi involved, dropping back to the car for bottles for his team mates.

It was brilliant inspired bike racing; Di Luca didn’t win but rode with great panache and took a bow at the finish.

But it was all a sham and it still upsets me to think about it.

And he fooled me again, at the start of the time trial the other day he was looking a million dollars – cool as beans.

But maybe when he finished top ten in that chrono on a diet of very little racing my antennae should have been twitching?

Robert Millar, Adam Blythe and others have used all sorts of words to describe Di Luca – for me it’s just sad, sad, sad.

It’ll never happen but I’d like to sit down with him, off the record and hear what he says about his suicidal behaviour and the damage he’s done to the sport that he definitely did and perhaps still does, love.

Anyway, sunshine, a stage to drive and the last big set piece battle of the 2013 Giro – it shouldn’t be a bad Saturday. 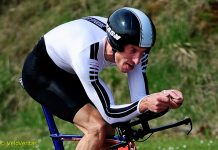 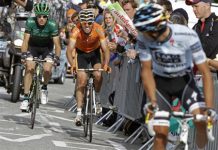 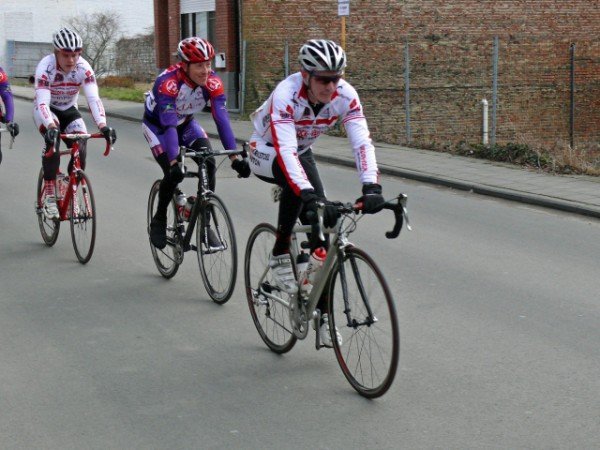 Steve Swart – Former Tour Rider and New Zealander of the... 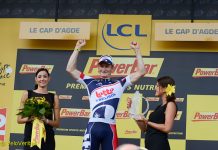 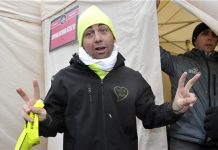 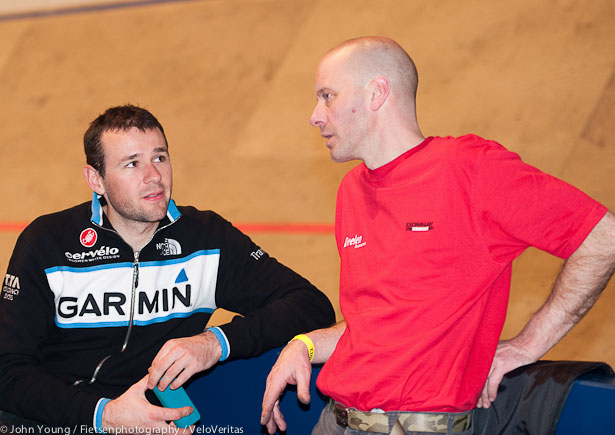 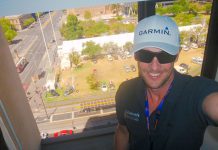 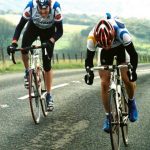 Race Reviews March 25, 2007
The Lake APR: 63 riders took to the start on a bitterly cold - but dry - morning in the village of Bulclyvie. Split into six groups, with a fast scratch which included the previous week's Rosneath winner, Gordon Murdoch of East Kilbride Road Club, as well as the inform Paul Coates of Squadra Via Mazzini Racetool, myself: Stuart Macgregor and Edge pairing of Paul Rennie and Graham McGarritty (who won this race 25 years ago when still a junior!). 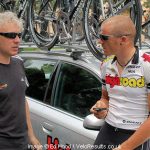 Diaries May 24, 2008
Another long one, from Verona, it's 11.35 pm local time, Saturday and we're still in this pizzeria at Pozza di Fassa. The stage finished down on schedule and by the time we walked off the mountain; got set up in the press room, fired the pics away, completed the words, drove here, found the hotel and checked in, it was well after 10.00. The hotel is nice, this is ski country and the Austrian border isn't far away so it's all chalets, wide eaves and timber - very picturesque.