Home Interviews Tom Gibbons – “Get Him on a Ridley!”

A man our friend Vik first pointed out to us last year and who we interviewed for ‘another well known website’ on account of him being North American, is a Thomas Rufus Gibbons – better known as Tom Gibbons.

When we spoke to Joshua Cunningham recently about what was happening in the Flatlands, he mentioned to us, ‘this American who won two kermises back to back – and that’s not easy to do!’

And sure enough, it was our boy, Tom.

We caught up with the 23 year-old as he rested between races and opened by asking him about his ‘double.’

“I was on a high just with getting to Flanders but my first race was a real culture shock – 267 starters!

“I managed to get across to the break and took 11th place – I was pretty jacked up with that.

“Then the next two races were fields of around 90, I got across to the break both times and won. I’ve been 11th, two firsts, a third, a seventh off 213 starters, an eighth off 210 starters then 14th in an inter club.

“I came over in pretty good shape last year and raced four or five times each week; but top of that I was training hard – too much. I was winning but eventually my body broke down with the fatigue.

“For this season I started back in the autumn with some 30 hour training weeks, then I was forced to take time off because of the hurricane we experienced. In mid-December I started again with four and five hour runs – sometimes even eight hours. I went down to Miami after that and was racing Saturday and Sunday.

“But on the Sunday I’d do a ride too so that I was up over 200 K then I’d do 200 k with some intervals on Monday, 200 K on Tuesday, 250 K with intervals on Wednesday have Thursday off and do 50 K easy on Friday. On my training runs this year, I focussed on the fourth and fifth hours so I’d be strong at the end of races.

“Last year I was killing myself after 40 minutes.”

In the UK we have the David Rayner Fund to help aspiring riders; is there anything like that in the USA?

“Not that I know of, I got into cycling late and I’m not sure if the Federation even knows I exist.

Did you experience any of Belgium’s ‘Siberian Spring?’

“I totally missed it!

“The day before I got here it was snowing – but when I arrived it was 10 degrees and it’s just been getting warmer and warmer.

How was the Inter Club?

“It’s about the same level as a kermis – in fact maybe the kermises are more intense.

“But the Inter Clubs are faster and longer and on bigger roads.”

Do you notice a difference coming early ’13 after you came late last year?

Have any bigger teams been ‘sniffing?’

“A few teams have been on to me on Facebook already and I had an offer to move up to the Doltcini team – but I want to see how May and June go.

“There are two Inter Clubs, a time trial and a big race in France during May then four Inter Clubs and the amateur het Nieuwsblad in June.”

“He’s made me feel really at home – he does so much for me, he’s opened up his home to a stranger for no reward.

“I just hope I can start wining some decent money to pay him back!

“He cooks for me if he’s around; but if he’s not I tend to live on cereal and sandwiches.”

What do you do with your down time?

“And my brother gave me a Kindle, so I’m reading a lot – if you’re doing the hard training and racing then you have to spend time doing nothing, so you can recover.”

“I’ve never trusted a coach but there are a couple of guys from back home who’ve been a big help to me -Larry Detris and Noel Aguilera.

“Noel was the one who said I should go to Belgium and he’s also given me a lot of advice about how to conduct myself as an athlete – to be respectful and a politician.

“They said, ‘sure’ but then I won the two races and the boss of Ridley rang them and said; ‘get him on a Ridley!’

“I have to give it back at the end of the year, but that’s no problem.”

Are you coming across the ‘Kermis Kings’ – Guy Smet, Tony Bracke, Mario Willems…

“Yeah, just the other day I was in the break with Smet – but I’d ridden 72 K out to the race. I was away with him, a QuickStep and another guy; but two-and-a-half hours in to the race, after 15 minutes with those guys in the break I cracked – I just blew apart and was DNF.

“By the time I got home I’d been on the bike for 7:46 and burned 5,000 calories. The thing is in Belgium that the fields are so big – and there are a lot of committed, strong guys in there.”

“I want a real pro contract; not some semi-pro deal.

“I want into a Pro Continental team, at least – no messing around!” 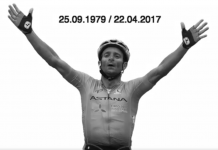 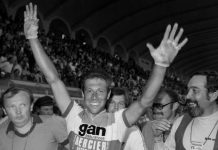 Matt Green – From England to the USA, via Belgium

Interviews November 26, 2012
Matt Green’s is a typical story, a young Englishman who gets into cycling, trudges the well trodden path to the Flatlands of Flanders, gets a contract on low budget teams – Cyclingnews, Cinelli, Marco Polo – and then... The progression stalls; but rather than bang his head against the combines in Flanders for another year, he’s decided that there’s a New World of cycling for him – across the pond in the USA. He’s secured a private sponsor to pay his wages and all he needs now is a team – here’s his tale: 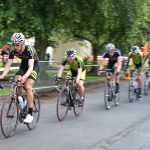 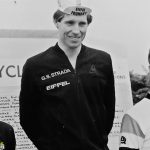 Interviews December 19, 2012
To my shame, I couldn’t tell you who the reigning BBAR is, but if this was the 80’s I‘d have little problem in informing you. Cycling Weekly printed regular updates of the table standings, with the final ‘50’ on Boro’ always a big deal – that race could make or break your bid for the prestigious top twelve.