With the recent appointment of Gary Coltman as Head of Performance at Scottish Cycling, VeloVeritas thought it would be interesting to learn about the man and his plans – here’s what he had to say to us:

Depending on the source you’ve won 10 or 11 British titles, which is it and what were the disciplines?

MTB/Road; and a medal in the Commonwealth Games Team Pursuit in ’86 – very diverse…

“I started as a youngster in cyclo-cross and then got into riding crits, TT’s and track racing during in my youth years.

“As a first year youth I focused on sprint and won the White Hope Sprint – then switched my focus to endurance as a senior.

“I focused on track until 1986 (including my Commonwealth Games medal), then lived in the United States riding Crits for a year.

“Criteriums became my forte on the road and I was runner up in the Scottish Provident TV series and won the sprints jersey (in a different year), whilst mixing MTB as the sport was moving that way.

“I was top five in the Aviemore MTB World Cup but can’t remember my exact position!

“In 1993 I switched back to focus on Team Pursuit and in the lead up to the world championships led the Premier Calendar before switching to track completely from July onwards.

“The following year (1994) I focused on the road at the request of my team and had three top 10 stage places in the Tour of Britain (third on last stage).

“I was then selected to ride the Pro World Road Race before turning back to MTB as rider/manager of Team Raleigh when the team downsized.”

You had the British kilometre record – that was quite a feat for an endurance athlete – what was the time?

“I had three at the same time!

“I had the British Record – that’s fastest time by a British athlete on a UK track (Edinburgh Commonwealth Games ’86); the National Championships record on the Leicester track, just after the Commonwealth Games; and then a few weeks later I became the fastest ever British rider with a one minute five second ride in Colorado – but it doesn’t sound that fast now.”

Why did you follow the road path rather than track or MTB?

“At the time, my goal was to be a professional and earn a living from racing a bike.

“The road was the only way to do that apart from trying to break into the six day scene but I decided I didn’t want to go down that route and preferred to switch to the road.

“I later switched to MTB as there were better opportunities there.

“I performed well nationally on the mountain bike, and won the Nation Downhill Championship, but on Team Raleigh there were other MTB riders that were world class and we were winning all the races, so it made more sense for me to focus back on the road and the TV crits as the team became a little more multi-discipline.”

Which is the performance you’re most proud of from your career?

“This is a difficult one; there isn’t really one in particular but I’d say the kilometre performances – the three of them actually, over those three weeks.

“Whilst on the road it was the Tour of Britain with stage places of seventh, fifth and then third – it’s a shame there wasn’t another day, you never know what I could have done!”

The Scottish road calendar – it’s not conducive to producing roadmen who can compete at the best levels in the UK; is there a plan for that aspect?

“I am currently taking time to fully understand the whole scene including the road calendar which is obviously key to the sport.

“Major events in Scotland will certainly help and I would like to think I will be in a position to help influence that happening, but it won’t happen overnight.

“The calendar in the UK is dramatically improving with events such as Ride London, and there is no reason why we shouldn’t have some major events in Scotland.

“The success of the National Road Race Championships in Glasgow and then the Commonwealth Games next year can only add to this and there are some great roads in Scotland with less traffic than most other parts of the UK – so the opportunity is there!”

Will Scottish teams be sent to at least Premier Calendar races, if not lesser European stage races?

“For 2014 we will work out a plan that will give the whole team the best chances of competing to their very best at the Commonwealth Games.

“At the moment it’s difficult to say if that will include a Scotland Team in Premiers; but the coaches and I will explore these opportunities.

“There are a number of riders on domestic and UCI teams so this is something that is likely to affect our ability to enter the elite teams but we will certainly look at all opportunities both in the UK and abroad.”

How close will your liaison be with Team GB?

“We have a very close working relationship with British Cycling.

“There are currently 12 Scottish riders on GB programmes and it’s really important that we maintain a good working relationship with the GB staff to ensure those riders are getting the best development opportunities.

“In addition, a good relationship will help our coaches understand what the BC coaches are looking for so we can aim to increase that number in the future.”

Will Scottish track teams be going to Revolutions/World Cups?

“Revolutions have changed format for this coming season and we are in the process of finding out what opportunities there are for the riders either competing for Scotland or their own teams.

“There are many other opportunities and we are looking at those as part of the performance planning towards Glasgow 2014.

“We are attending a track meeting in Gent in September with a number of riders and aim to target some events at Manchester World Cup.”

Have you already been in touch with Ross Edgar, Andy Fenn and David Millar about their commitment/role for Glasgow 2014?

Is Craig MacLean a name we could see back for the team sprint?

“Craig is committed to para-cycling now and hopefully will be a strong medal contender along with his tandem partner Neil Fachie (who is a VI athlete).”

You must be disappointed that Chris Hoy won’t be in Glasgow – on his bike, that is?

“In some ways, yes, but there would be tremendous pressure on him competing in the venue named after him and I can fully understand the decision he made.

“Success to me is an increasing number of riders that can compete on the world stage and who are capable of winning medals at future Commonwealth and Olympic Games, along with an even greater number of athletes forming the talent pool further down the pathway.”

What’s the main thing you’d like to achieve by the end of this year?

“To take a solid step forward towards the creation of a true performance environment within Scottish Cycling and the Sir Chris Hoy Stadium.

“I am in no doubt that this will make a positive impact in ensuring the athletes can compete to their very best of their ability at the Commonwealth Game’s next year.”

VeloVeritas would like to thank Gary for his time and also all those at Scottish Cycling who facilitated this interview. 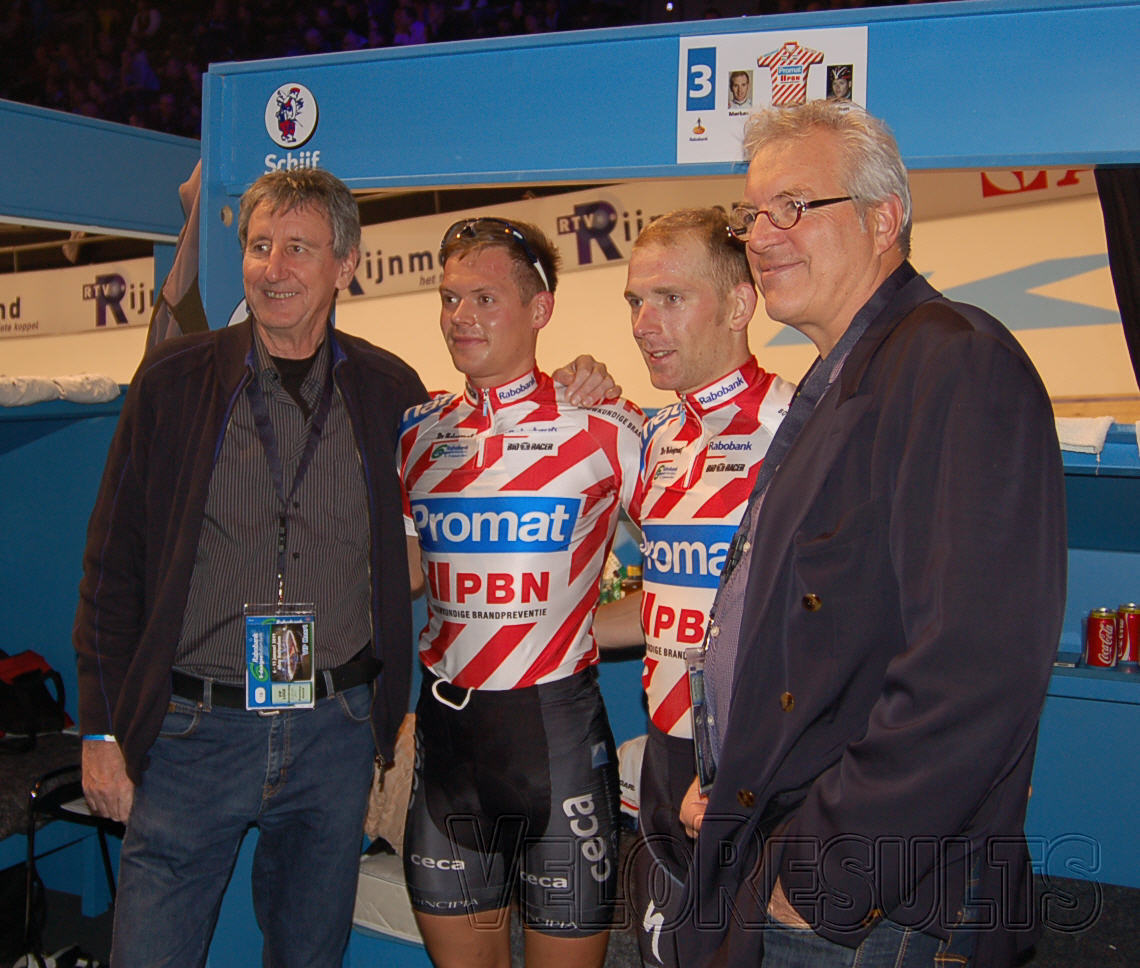 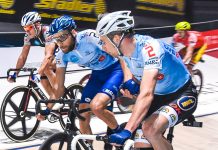 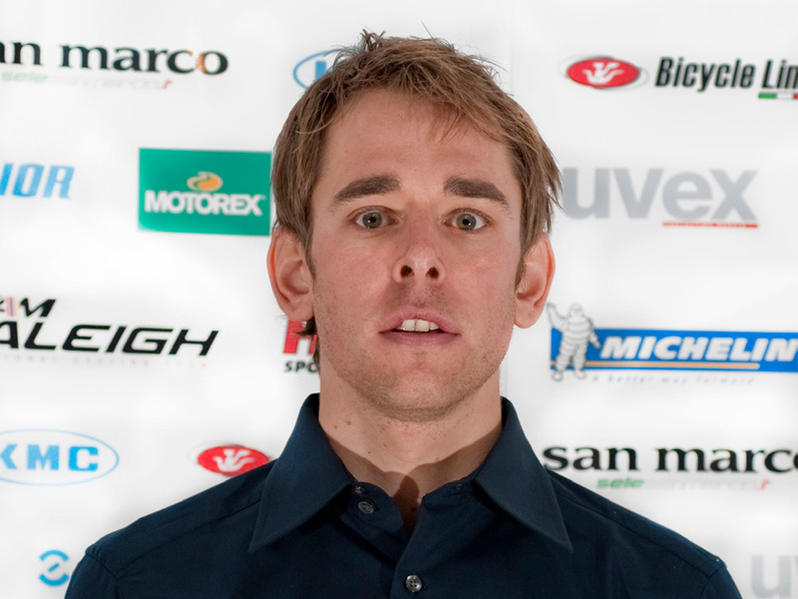 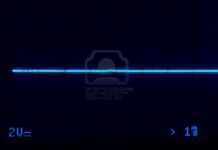 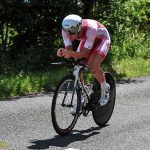 Interviews January 5, 2019
We caught up with Joe after his Boxing Day training ride (I can just about remember those, up into North Fife with Dave Chapman for a couple of hours then home for steak pie at Mum’s)... Here’s what he had to say: 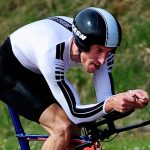