It’s not just Michael Nicholson who’s out there among the cobbles, crosswinds and kermises – there’s another Scottish name to be found on the Heartland start sheets, that of Aberdeen’s Mr. Craig Wallace.

What’s your background – how old, from where, how did you get into the bike?

“I’m 18 years old and from Aberdeen. I previously ran cross country when I was aged 13-15 but I picked up some injuries.

“I started watching the 2009 Tour De France on TV and thought that it looked like great fun; so I went out and bought myself a road bike – £35 from an advertisement in the local paper got me an old steel bike with down tube shifters which didn’t really work properly but I motored around on that a bit before taking part in my first club time trial.

“I loved it and have never looked back!”

What sort of results did you have in Scotland before you headed over to Flanders?

“I spent my first year racing as a Youth A and only competed in time trials and hill climbs.

“My first season as a Junior I started road racing and won the Junior Series A competition in the Super Six Road Race series overall.

“After my first proper winter of training I was ready to hit my second season as a Junior (2012) running. With great assistance from Alister Watt and my mother I was able to compete in the British Junior Road Race Series which meant long drives up and down the country.

“I picked up some results, 10th in the National Championships and second on the Last Stage of the Junior Tour of Wales as well as several other top 10’s.

“In Scotland I won five road races as well as the Aberdeen and District Time Trial Championships.

“My favourite win was the Lammermuirs Road Race as I had targeted it earlier in the year due to its hilly parcours.”

How did you organise things – a club, accommodation . . .

“With help from Callum Gough, Ken Jones and Michael Nicholson I got a ride with ASFRA Fanders.

“For the first part of the season I stayed at Callum’s place in Oudenaarde but I moved to a team house eight kilometres away in Zingem around April time.”

I believe you were helped by the Braveheart fund?

“Yes, It helped a lot with the day to day things such as buying food and getting to races etc. – thanks to all those involved!”

“I arrived in Flanders on February 4th.

“In hindsight in was too early but I couldn’t control my enthusiasm and excitement so had to head out ASAP.

“I left just last week [end of August] deciding to finish my season off with some races back here in the UK.”

Where’s ‘home’ in the Flatlands – what’s the script with cooking and cleaning?

“Home is a Team House in Zingem eight kilometres away from Oudenaarde so still in the thick of the action.

“I shared shopping with one of my flatmates who was from England, Alex Anderson and we cooked together in an effort to keep the costs of living down a bit.

“In terms of cleaning we would probably do the best to keep the place healthy to live in but at times when there was up to ten young guys in the flat it wasn’t always the easiest to keep it in tip-top condition!

“The Team manager’s wife would normally come over to do a bit of cleaning every now and again.”

What’s the team and how helpful are they in terms of bikes, tyres, clothing and back up at races?

“You get some kit at the start of the season, I bought a bike but you get your money back when you hand it back in.

“They were helpful in terms of getting to the bigger races we did and organizing accommodation – one time the whole team slept in one room at a hostel in some tiny town in Germany, which proved interesting!

“If you needed any spares for your bike you would have to buy them but you could get a discount if you were lucky!

“One of the best things was when you went to one of the bigger races you got a big bag of race food so you could usually make that last a good few races.”

Do you have a coach – if not, how do you formulate your training plan?

“I’ve read a fair bit about training etc, but in Belgium I would normally race two or three times a week with one long steady ride thrown in.

“The rest would be easy recovery rides.”

Do you have a role model rider?

“I admire riders from “back in the day” from Britain who made it on the continent – riders like Robert Millar, Malcolm Elliot and Sean Kelly.

“They had it a lot harder than we have it these days I think, no internet, no phone calls back home etc – proper old school!”

Are there many other ‘Anglos’ where you are to train with and hang out with?

“There are loads over there who you meet at the races or on the famous Schelde bunch ride.

“I shared a flat with people from various countries as they came and went; English, Australian, Lithuanian, Latvian and Argentinian.

“Fellow Scots over there were Tommy Murray at the start of the year and Michael Nicholson.”

Have you resisted the frites?

“Funnily enough the flat I lived in was directly above a “Frituur”, so the smell coming upstairs was very tempting!

“We had a McDonald’s right across the road as well so it wasn’t an ideal area for cyclists to eat.

“I had them a few times, if I thought I had deserved them, but only a small portion!”

Take us through a typical week, please.

“Saturday and Sunday would normally both be race days, then I would race again on Wednesday or Thursday.

“One day per week would be a longer ride at a steady pace.”

How many races did you ride and what were your best results?

“I rode around 40 kermises during my time there as well as some UCI and Top Competition Belgian Races.

“They’re longer than a standard kermis, usually between 120-140km and I was in the break the whole day.

“I found the racing a big step up coming straight from the junior level especially as the racing was so flat, not exactly suited to me!”

Were you happy with your progress during the season?

“I was happy with the experience I gained such as being able to ride in windy conditions and position myself in the bunch etc.

“As Callum Gough said at the start of the year treat it like a school year and develop as a rider, then next year I can put my new skills to good use in Britain and abroad.”

What’s the plan for the winter?

“I’ve had an offer to go to Australia to race and train there over winter.

“I’ve got to be careful though and not over do it for when I return to racing in 2014.

“Otherwise I will plan to get a solid winter at home with maybe a training camp in January somewhere warm, but it all depends on what team/where I am next year.”

“I’m currently considering my options and looking for teams for next year.

“The British racing scene looks like it’s always on the rise so staying here and getting a team is an option.

“But that’s the hard bit, trying to get a ride with a team!”

Nice work from Mr Wallace – VeloVeritas be keeping an eye out for him in 2014. 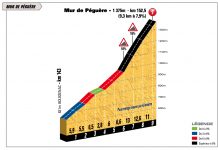 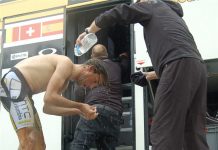 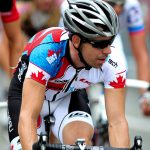 Nuggets November 2, 2013
In the film, ‘A Few Good Men’ Tom Cruise’s military lawyer character is cross examining Jack Nicholson as a high ranking officer; ‘I want the truth!’ says Cruise. Jack’s reply has now entered movie folklore and cliché; ‘You can’t handle the truth!’ He got that one right, I can’t handle the truth – whilst I’m well aware that most of the peloton was kitted up for two decades and that it's indefensible, I can’t see how yet another biopsy is going to change anything. 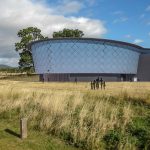 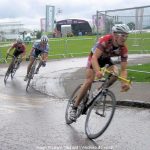 Race Reviews September 13, 2008
The Tour of Britain's penultimate stage departed from Glasgow Green today, taking the peloton south to the beautiful setting of Drumlanrig Castle in the Southern Uplands. The Glasgow Grand Prix took advantage of the closed circuit and the watching crowds, with two events following immediately after the ToB departure.