The Copenhagen Six Day follows straight after Berlin; the trip isn’t fun – load the camper after the midnight finish in Berlin, drive through the night to the ferry at Rostock, sleep in the camper for an hour or two at temperatures well below zero, hop the ferry across the Baltic, then drive up through Denmark to Copenhagen through the snow and wind.

The last of the ‘old guard’ – and still a beast of a boy, Big Bob Bartko was very impressive, maybe not as quick as he once was but still so strong and smooth.

One night Daniel Holloway had a debate about what was worse; being shouted at by The Terminator or when he gives you, ‘the look,’ says nothing, shakes his head and just rides on.

Daniel reckoned ‘the look’ was the worst.

When Big Bob won in Berlin a year or two ago he rode with Roger Kluge; they were so smooth and powerful – a veritable ‘Terminator Tandem.’

Marcel Kalz isn’t as smooth as Kluge; but he’s just as big, strong and very fast – all but unbeatable in the flying lap.

There aren’t many cyclists who a pro team offers a contract to and tells the rider they can pick and choose where and when they race – but Guy East was made that very offer by top US team, Kelly Benefits.

But Guy politely declined, there’s more to his life than just racing a bike – like providing housing for less privileged families in Mexico.

And using elite athletes to help do the work – reminding them that not everyone has a soigneur.

He’s looking lean and looking forward to the Cali Worlds team pursuit – Denmark were well inside four minutes in the Aguascalientes World Cup.

It could well GB and Australia in the final and Danska for bronze?

Alex is still laid back, unaffected by fame and moving on from the dud hand the UCI dealt him – one of the ‘good guys.’

Whilst the sounds from the PA are good at Copenhagen – the best of Disco and Europop – the live music is without exception, evil.

However, or boy Daniel enjoyed his stint with them.

The end of a hard day at the office, well past midnight; but when the TV comes to call you have to give of your time and a smile – not something that always comes easily to Marc Hester.

A winner here with Iljo Keisse in 2012, he rides the Par nr. 9 jersey – the second string Danish team – with the famous Par nr. 7 reserved for Mørkøv/Rasmussen.

Way back it was Hester/Mørkøv burning up the U23 boards – ‘til Alex came along, that is.

But I had the feeling this winter had been long enough for Vivien Brisse by the time he arrived in Ballerup.

MM didn’t have the spring he would have liked – but the Danish Elite Road Title, a Vuelta stage win and the podium of Paris-Tours made it a very good year for the man with the whippet build and speed to match.

For me, he’s the smoothest, fastest man on the track when the chips are really down in a chase.

The ‘madison’ format for six days came from the USA – two man teams originated in New York State in 1898 to circumvent legislation which forbade a rider to race for more than 12 hours each day.

So it’s good to see the stars and stripes back in the mix with Guy and Daniel.

Very different young men but both extremely likeable in their own ways – I hope it won’t be the last time I work with them.

Michael Sandstød, the race organiser loves nonsense and the more outlandish the better.

So when Daniel and real life German police officer – and man who does so much to support the German sun bed industry – Marcel Barth suggested they ride the ‘balustrade’ sprint in these Tasmanian Police outfits and rip them off during the race, Michael wasn’t going to say; ‘no.’

Dario G pumps, the string tracks the fence, hands off, the crowd is on it’s feet, clapping, cheering – call me ‘sad’ but no matter how many times I experience it, I still love it.

And at the end it was Daniel who won, he gets a kiss from the little cutie, a hand shake from former Danish star Tayeb Braikia and a lap of honour on the city bike – he did mention riding the last chase on it, but…

One of the next generation of Danish flyers.

He’s entitled to wear the rainbow jersey as World Junior Madison Champion – but he was also European Junior Time Trial Champion in 2012 and runner up in the Junior Worlds TT, last year in Florence.

Fun to be around and no trace of ego – don’t change Matthias, please.

Runners have to sneak their shots from the side; those charming and friendly pro photogs need to be in front – them being the most important folk at the race and all…

Michael’s smiling but you just know he’s thinking; ‘wait ‘til next year!’

The speaker had actually announced Morkov/Rasmussen having made the junction to take the lap and the race win – but they hadn’t and the big score board told it’s silent story to confirm the podium.

Rather than the usual stunned lurch to the plane we had a wee bit of time in beautiful Copenhagen, the day after the race.

I’d heard so much about Chrisiania (or Freetown) and I finally got to see it.

The best description is a commune, located in old military installations within the city; but it’s not just about hippies smoking dope – although there is that aspect.

It’s more about people who want to live their own life without too much state interference.

Artists, recyclers, sculptors, writers, with nice places to eat and drink and even a bike building workshop, all with a good friendly vibe – if you ignore the scary guys in mirrored shades and camouflage pants, that is.

And I’ve always wondered how those Sirens lured sailors to their doom; surely it wasn’t just the music – and besides, they couldn’t have PA’s?

But when I saw this lady, I finally realised the attraction. 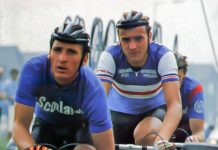 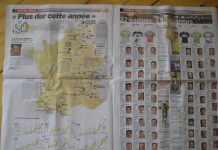 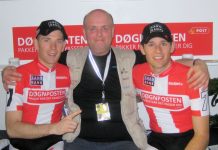 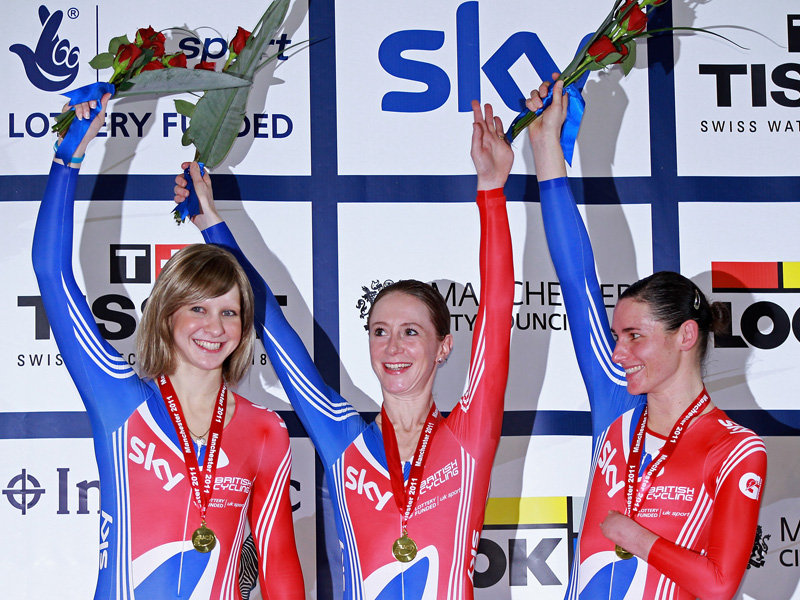 Joanna Rowsell – On the Olympic Build-up 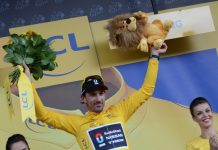 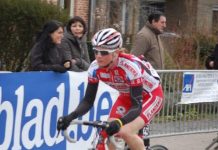 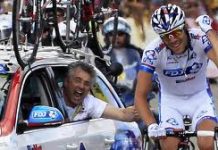 Diaries May 30, 2009
It's 12.25 and we're headed for a road that the men's lifestyle and driving mags rave about; The Amalfi Coast. Amalfi, Porto Fino, Sorrento - playgrounds of the rich and famous.

Race Reviews October 3, 2010
Alistair Robinson (Team Leslie Bike Shop) was the winner of a damp edition of the Tour de Trossachs 2010 on Sunday with a rapid 1:06:01, putting him two minutes clear of roadman turned clock basher for the day Robin Wilkins (Stirling BC); with evergreen Jim Cusick (Glasgow Couriers) rounding off the podium a further minute back. 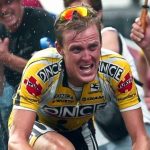 Interviews November 30, 2012
Jörg Jaksche is an interesting man to talk to; a top rider in his day - until he was one of the relatively few actually punished as a result of being implicated in Operatión Puerto. But unlike most, Jaksche didn’t, ‘deny, deny, deny.’ He did the ‘right thing’ and ‘fessed up’ – but the UCI twisted his words and to the teams he was a pariah.