Home Interviews Laurens Ten Dam – “The Tour is the best”

He’s one of the men to thank/blame for the current plethora of facial hair in the pro peloton; add to that a dazzling array of pained expressions and you have one of the most photographed professionals around – Dutchman, Laurens Ten Dam (Belkin).

The 33 year-old from Zuidwolde in Groningen has been on the scene for a long time but it’s only in the last few years he’s emerged as a man whose name is mentioned in connection with the GC of Grand Tours.

He was eighth in the 2011 Vuelta and performed very strongly for the first two weeks of last year’s Tour de France.

His first stage race result of note came back in 1999 when he was third in the U23 Fleche du Sud in Luxembourg; an important race for the talent spotters with the likes of Alex Zulle, Andy Schleck and Bradley Wiggins on the role of honour.

He joined Rabobank Continental in 2001 with a best of third overall in the 2002 U23 Tranalsace stage race and top ten places in early season Croatian races as his best in 2003.

Staying in The Netherlands he joined Bankgiroloterji for season 2004 with a best of fourth in a Ster Elektrotoer (now ZLM Tour) stage.

He joined the ill fated Unibet team for 2006 taking fifth overall in Dunkerque and seventh overall in the Route Adelie.

Top ten placings on GC in the Tours of Catalonia and Germany whilst still with Unibet were his best rides of 2007.

The 2008 season saw him join the team he’s still with; albeit through various incarnations – Rabobank/  Blanco / Belkin and which now faces an uncertain future.

That season saw him ride the first of his five Tours de France, take a stage in the Criterium International and finish in the top ten in the Suisse Tour.

In 2009 he won the mountains prize in the Tour of Romandie, rode the Tour de France again as well as the Giro.

In 2010 his Grand Tour ride was in the Vuelta; with 2011 seeing him ride strongly in the Tour Down Under – fifth, Tour of California – sixth and Tour of Switzerland – eighth as well as riding his third Tour de France.

In 2012 he rode le Tour again and took a Grand Tour career best with eighth in the Vuelta.

Last year saw him strong in stage races again with third in Haut Var, eighth in Norway and well in contention in the Tour de France until the final week when he dropped to 13th overall.

He also rode the Vuelta, last season – a tough call after a hard Tour de France.

This year he’s been 24th in Romandie, eighth in California and 13th in Suisse as part of his build up to the Tour.

Despite the fact that he was busy getting ready for the flight to England, Laurens took time to speak to Velo Veritas about his thought on his sixth Tour de France.

How many Grand Tours will this be – and which one do you like best, Laurens?

“This will be my sixth Tour de France plus I’ve done two Vueltas and one Giro.

“The Tour is the best.

“The Vuelta is chilled and the Giro is mostly bad weather.

“I rode in Italy once, in 2009 and was really lucky as we only had half an hour of rain during the entire race; and my team captain Denis Menchov (Rabobank & Russia) won that year.”

You changed your pre-Tour programme, this year – why?

“We decided it would be beneficial to fit in an altitude period of training this year, before the Tour.”

Do you think Suisse has worked better for you than the Dauphine?

When and how do you set your programme?

“Usually every December with my coach and the team.

Have you been to look at the Yorkshire Tour stages – Kittel says they’re very dangerous?

“No but I’ve done the Tour of Britain twice in 2006 and then in 2009 so hopefully that experience will come in handy.”

Do you like the Tour parcours for this year?

“Yes, I do; the Vosges stages are nice and there are also five uphill finishes which I like.”

Which will be the key stages?

“First the cobbles on stage 5 from Ypres to Arenburg; the three stages, 8, 9 and 10 in Vosges; as always the Alps on stages 13 and 14 and Pyrenees in the last week will be key.”

What will you miss most about ‘Dutch Corner’ on L’Alpe d’Huez?

“It is very nice but a bit too busy – all the yelling is good though.”

Tell us about the week leading in to the Tour, please.

“I usually try to take it easy; hopefully not too many interviews and also race in the national championships.”

When do the big butterflies really begin to flap in your tummy?

“Usually when you arrive at the race depart town.”

Have you and Bauke talked tactics, yet?

“No we haven’t yet; there’ll plenty of time for that.”

It must make things tougher mentally with the Belkin withdrawal news and guys like me asking you about it?

“Yes it does but I try to not put too much energy into it; we have a job to do now and it’s good to focus on that instead.”

You were eighth in California – how does it compare to a race of similar duration in Europe?

“Firstly, the peloton is smaller and I always find the roads are great with no roundabouts.

“And the race always has perfect hotels and food too.”

Were you happy with your ride in Suisse?

Any Tour predictions for us?

Clearly a man of fewer words than facial hairs – but we thank him for his time nonetheless and wish him ‘all the best’ for le Grand Boucle. 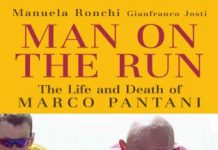 “Man on the Run” by Manuela Ronchi 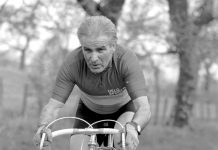 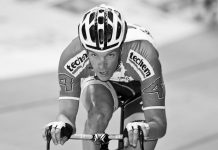 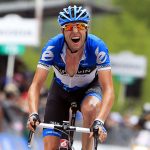 Interviews October 6, 2012
Garmin’s Ryder Hesjedal came out of the Giro in shape of his life, with his morale sky high after his historic win. He rested well after Italy, resumed training and was in great shape for the Tour de France. He rode strongly in the prologue and managed to keep out of trouble – until stage six. 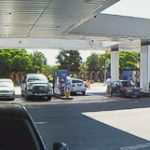 Tavira Pro Tomás Swift-Metcalf's Blog January 22, 2012
After an eight hour car journey, fourteen hours in planes and a lot of hanging around, came the bus ride from Mendonza to San Luis. Mendonza is a wine producing region and is heavily farmed. For hundreds of kilometers there are well arranged crop and dispersed housing, like an endless suburb. It's not picturesque.