Yes, it’s another Katie Archibald interview; but as the winner of Scotland’s only cycling medal – disabled events excepted – we thought we should have a chat with the lady who posted top seven finishes across five different disciplines.

Congratulations Katie and thank you for agreeing to the interview; a daft question to start but can you clarify who you ride for domestically – everyone seems to be claiming you as theirs?

“I ride for Pearl Izumi Sports Tours International, a team set up by Barney and Sarah Storey.

“On my BC license I’m also a second claim member of Team Thomsons Cycles as they are my local bike shop (or, they were before I moved) though I don’t race in their kit.

“The third team name floating about may be ‘The Racers’? This was my childhood club and I owe a lot to them; they made me a track cyclist and I’ll always be in their debt.”

The Games pursuit, you qualified fourth – did you think you could take the two seconds back on Cure in the ride off?

“Nope, but I had to pretend to myself it was possible otherwise why do you get on the start line?

“It was a demoralising race.

“I was logically happy with the result, but I’d been beaten in the process and basically surrendered in the last 500m so it wasn’t much head fun.

“I’m proud to say I was fourth however, this is a good result for me.”

Despite the closeness to a medal, it must have been satisfying to qualify quicker than all the GB pursuit girls, bar Rowsell?

“It was, though I love to see Joanna doing well.

“It feels like this could be her individual pursuit year; the European IP medal is up for grabs in October, she could get a full bag of titles.”

The scratch race, fifth – any ‘with hindsights?’

“The scratch makes me feel a bit sick in my stomach to think about so I’ll be brief.

“I was in a perfect position (second wheel on an Australian lead out) and failed to deliver, big style.”

You left it late in the points – again, any ‘with hindsights?’

“Mhm, that will take a bit more time looking at the video.

“I should have emptied the bank a bit sooner I think; I was slightly over-cautious after regularly going the other way in races in the past and blowing.”

A good ride in the TT for fifth but it must be difficult to prepare for the track and TT?

“Yeah I was only preparing for track really, just kept a bit of length topped up on the road with no specific efforts geared at TT.

“I love an exciting TT course though, so much of it is a head game.”

Were you getting time checks – if not, could you have found those 17 seconds to bronze?

“I certainly could have got the bloody two tenths to fourth!

“But it would be silly to guess at ‘what ifs’ with a time trial.

“Race of truth and all that – I was beaten.”

Then the road race – one lap too far?

“Although the road race was my lowest placing of the Games (7th), it’s the result I’m most happy with because I really put everything into it and avoided any major mess ups (though critics love to tell me otherwise).

“I want to improve on my road racing in 2015, get across the channel more, play with the big girls.”

If you could ride the Games again, what would you do differently?

“I would have taken more food out of the dining hall to take home with me – especially more mango Rubicon.

“Are BARR reading this maybe?

Will you be riding the Worlds Time Trial?

Will you be considered now for other disciplines in World Cups and at the Track Worlds?

“I’ve always wanted to be the top GB points racer, but that obviously didn’t come through at the Commonwealth Games.

“I don’t know anything about selections though, oddly enough they don’t let us decide who goes.”

How are you settling in at Manchester?

“I love my home and my house mates in Manchester, however I don’t actually know the city itself that well.

“In that sense Glasgow will always be my home town simply because I know its quirks.”

“My non-dictator coach is Chris Newton who looks after the entire women’s endurance squad on the ‘GB Programme’ as they have us call it.”

“The same as every other year: world domination.

“I’ve yet to plan my sub goals for the year, not that if I had I would be self-assured enough to share them with the internet, sorry.”

With congratulations and thanks again to Katie. 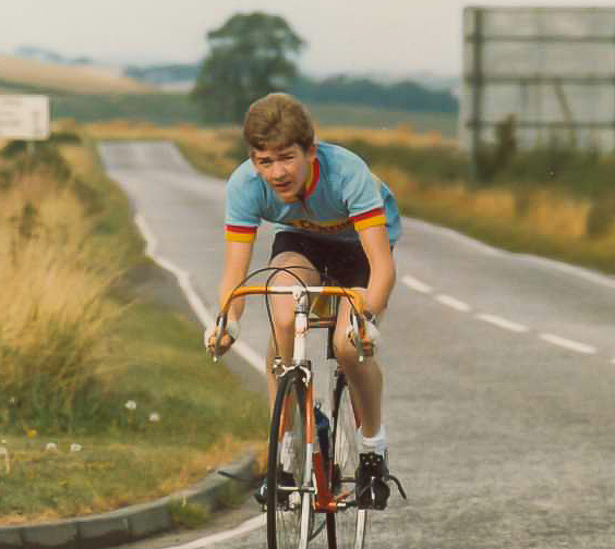 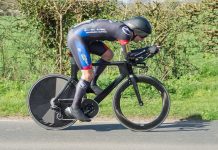 Interviews April 21, 2013
With our Flatlands boys Douglas Dewey and Llewellyn Kinch heading south to race in France for 2013 we decided we’d best have a word with Rayner Fund rider Joshua Cunningham to see what’s happening in Belgium? 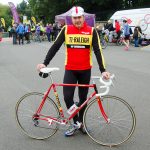 Interviews January 24, 2016
Laurence Morgan from Perth was a team TI Raleigh fan back in the 80’s having fallen in love with a 753 Raleigh he saw at the 1982 Scottish Health Race. It’s been an enduring love affair and this year he started the TI Raleigh Vintage Cycling Club – good timing with ‘retro’ the word of the moment. At VeloVeritas we like a man who’s obsessed with 70’s and 80’s bikes and riders; we decided we’d best ‘have a word...