At the next Commonwealth Games there’ll be no David Millar or ‘Jamesie’ McCallum and even the perennial Evan Oliphant might not make it to Gold Coast City, Australia in 2018.

But Dundee’s Mark Stewart should be there; at just 19 he took sixth place in the 20 K Scratch Race in Glasgow behind New Zealand’s World’s Omnium medallist, Shane Archbold with the distance being covered in 22:43 @ 52.819 kph – that’s quick.

And even more recently he landed the British Points Race in front of riders of the quality of Raleigh’s Mark Christian and NFTO’s Jon Mould.

Congratulations on your British points race win, Mark – what was the game plan?

“I was definitely riding to win, there was no one like Chris Newton riding who was going to control it; my strategy was to go for points from the start.

“I won the first sprint and kept that momentum going; the way the race developed you could see that no one was going to take a lap – it was all going to be about the sprints.

“I knew Christian and Mould were the guys to watch – they’re high calibre riders who compete at the highest level in World Cups.

“I knew I had to sprint with them and score if I was to win.”

And you rode 4:26 in the pursuit 5th/6th match – but it doesn’t show on the official result?

“That’s because I caught my opponent – but I rode in to finish on 4:26, I was a bit disappointed that the official result didn’t show my time.

“I qualified in 4:29 which put me outside the medal rides but then I did the 4:26 in the fifth place ride off – that time was worth a medal but nobody saw it because of the ‘catch.’”

And a nice ride for sixth in the Games scratch race.

“I went in to the Games with ambition and whilst it was nice to be up there in the scratch, I was disappointed only to do 4:32 in the pursuit qualifying; I think I was capable of 4:28.

Is the British points your best result to date?

“Yes, definitely, I’ve won a half dozen Scottish junior champs but the win in the British tops that.”

“I come from a sporty family, my dad’s done a full Ironman Triathlon and I started competing when I was seven.

“I rode at Meadowbank and progressed; then I did the road – I’m not best at that yet but I will get good at it.”

I read you did a triathlon at seven years-old?

“Yeah, but it was just a short thing, one lap of the Commonwealth Games Pool in Edinburgh and bit of running and cycling in the park near the pool.”

“Mark McKay of Scottish Cycling looks after me.

“I love to train, especially ‘double days’ where I’m doing two sessions – and I love doing five/six hour runs on the road.

“I often do two or three hours on the road in the morning then train on the track in the afternoon – that’s a good day’s work.

“I live in Glasgow now, I’ve left Abertay University and moved near to the Chris Hoy Velodrome but I’ll be moving to Manchester soon.”

“They’re two different worlds, the Glasgow track is so fast and the facilities are so good.

“But Caird Park does an awesome job in starting riders off in track cycling and getting them into competition.”

I heard a bit of gossip that you’d been approached by pro teams?

“Yes, but not professional teams just a couple of the bigger amateur teams – it’s not a factor for me at the moment though.”

What’s the biggest goal for you?

“The Olympics in Tokyo in 2020, I’ll still only be 24 and until then I’m going to focus on the track but there’ll be stage racing in my programme as part of my build up.

“You need that road core to be able to ride four minutes very fast on the track.

“I’ll concentrate on the bunched races and want to get involved in the team pursuit – and I’d love to try the omnium but would need to develop more power for the kilometre and flying lap elements.

“When I was 10 my dad said to me that I have to set goals, first to be the best in the Dundee area; then the best in Scotland; then in Britain, Europe and ultimately the world stage.

“After the Olympics I’d like to ride more road but ‘til then it’s the track which I’ll concentrate on.”

“That’s a tough one; the Worlds Points or Olympic Omnium. 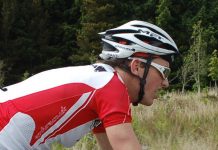 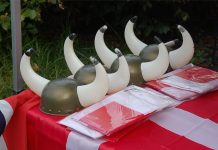 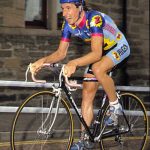 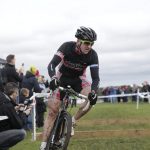