A 19 minute ‘10’ is pretty rapid by an standard – but how about stringing together 10 of them, back to back?

That’s exactly what 44 year-old Richard Bideau (Pendle Forest CC) a self employed potter from Burnley did in his first hundred; recording 3:18:54 in the Stockton Wheeler’s event a week past Sunday to slice a stunning 3:51 from multi-BBAR Kevin Dawson’s 12 year-old competition record.

Richard a wonderful ride – your first ‘100’ and this is only your second season on the road?

“Thank you, yes but I’ve been cycling for a long time – 30 years. I started with BMX in my teens and have been mountain biking for all the years in between.

“My friend, Steve Irwin – who was second to me on Sunday in the ‘100’ with 3:25:19 – suggested I should start riding on the road and I’ve been time trialling for two years now.

“Steve was upgrading his time trial bike so I bought his one and immediately found it very comfortable – some folks have difficulty adapting to a time trial bike but I found it suited me from the off.

“I had back problems on a road bike but find the TT position with the different weight distribution suits me well.”

What was your expectation going in to the race?

“I wasn’t expecting much from the event, I was just riding to get a qualifying time for a ‘100’ later in the year – somewhere under four hours…

“I’ve ridden a couple of 50’s in the past and suffered horribly from numb wrists in one – I was worried there might be a repeat of that in a 100.

“There was also the aspect of a challenge – many of my club mates are long distance guys and regard a ‘100’ as the shortest race they’d ride – so I had to take their proposition on board!

“But that said, as we were driving to the race HQ and the sun was coming up we could see that the road surface was very smooth and that it was going to be a good day.

“I actually joked to Steve that he might get comp. record.”

What are your other personal bests?

I believe you only managed one hour of sleep between the two races?

“Steve Irwin and I didn’t get back from the ‘25’ until late – I only have one skinsuit so I had to wash and dry it when I got home.

“I dry it over the wood burning stove; my neighbours saw the light from that at 01:00 am and knocked on my door thinking there might be a fire!

“Whilst I appreciated their vigilance it meant I didn’t get much sleep as I had to leave the house at 03:00 am to pedal across town to Steve’s house to drive to the ‘100.’”

How do you gauge your pace in time trials?

“I ride on power; I rode the race at 290 watts average but lifted that to 300 in the last ten miles because I wasn’t really feeling tired.

“I do quite a bit of turbo work; long stuff at medium intensity and shorter stuff at high intensity.

“But more than anything I just like get out on the road, I ride the local roads at reasonable power and do around 400 miles per week, maybe more – and I really enjoy the social aspect, getting out for a ride with my club mates.”

When did you realise that the record was ‘on’?

“I hadn’t ridden the course before but in the first 25 miles could feel that the surface was good, it was warm but not oppressive and the breeze wasn’t too hard to cut through.

“I kept things under control for the first 25 miles and was on 29 mph at that point and when I went through 50 miles at 29.5 mph I knew it was possible.

“The marshals must have been radioing or phoning to one another because I could see them jumping about, excited as I passed.

“There was a bit of a drag on the way back and I was down to 29.8 but when I exited the dual carriageway to go for the finish I was at 30.1 mph with a mile to go.

“I collapsed after I finished, I could hardly turn the cranks to get back to the HQ – a marshal stopped me as I pedaled back and told me I’d broken the record.”

That looks like a Trek Speed Concept you ride ?

“Yes, I can get a nice flat back position on it.

“I ride HED wheels – they come up pretty quick in the wind tunnel tests – the ZiPPs are maybe a little faster but I like an aluminium braking surface.

“I find that braking on carbon rims can be a bit dicey and if there are a lot of roundabouts on the course you need to be able to get the speed off when you need to.

What about nutrition during the ride?

“I didn’t eat at all; I took two litres of fluids with me and drank about 1.5 litres of that – not eating during a ride isn’t a problem for me, it never has been.”

You must have caught a few during your ride?

“Until Sunday it wasn’t something I considered and a 12 hour is a formidable prospect but Steve Irwin has no interest in a 12 hour and he’s very kindly offered to look after me if I decide to ride one.

“That’s an interesting question – I’ve never done any cyclo-cross and I really love riding off road.

“It’s great riding the moors around here and ‘cross is something I’ve never tried – I don’t know if I’d be any good at it but I want to ride some.

“And in time trialling I’d like to improve all of my times; I’m getting older so can’t keep getting faster indefinitely but having said that, I don’t think that I could have done that ‘100’ ride in my 20’s – I didn’t have the mental toughness then that I do now.”

We agree, 10 consecutive 19 minute 10 mile time trials is pretty damn tough – with thanks to Richard for his time and cooperation and wishing him ‘all the best’ in his BBAR ambitions. 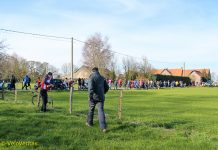 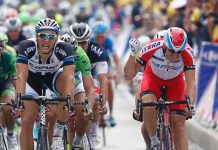 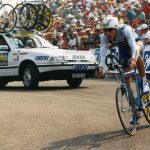