Le Tour is like Pac-Man, it gobbles up every bit of attention there is in the world of bike racing; the Tour of Austria runs concurrently but you wouldn’t realise. For the record, Victor de la Parte of UCI Continental Team Voralberg won it; beating six World Tour and seven Pro Continental teams in the process. In addition there were the UCI European U23 Track Championships in Athens – stand-out rides were a sub-four minute team pursuit by the GB squad to win and a victory in the scratch race by one of the pursuit team members – Matt Gibson.

Here’s what Matt had to say to VeloVeritas about his excellent rides just after the Euros but before Le Tour had reached Paris.

Congratulations, Matt; the basics: your age? where are you from? how did you get into the bike? and which programme are you on with BC?

“From as young as I can remember I’d always been into been into mountain biking and BMX, not competitively, just messing about with first with my dad and then my mates as well.

“Then at around the age of 13 my dad got into road cycling and not long after he had me doing it to.

“Then it just progressed from there with a few local races into national level and then I kept going to where I am now, on the British cycling U23 Olympic Academy programme; on which I am a first year athlete after progressing from the Olympic Development Programme as a junior.”

I remember you winning the U23 Six in Gent – tell us about that – any ambitions to be a Six Day man?

“The Six Days of Gent was an amazing experience for me, Gent was only my second Six Day and my first on a 166m track.

“However, I went in knowing that my team mate Chris Lawless and I both had relatively good form for the time of year so knew we could get a good result out of it.

“In just one week I learn so much about racing on 166 metre tracks and just to top it off, taking the win was an added bonus.

“As far as Six Days go in the future – yeah I suppose I would like to do a few more, the atmosphere around the racing is amazing and generally just great fun to ride.

“However I wouldn’t say an ambition of mine is necessarily to become a big Six Day name but I would love to do a few here and there.”

It’s tough in the team pursuit now with just two rides – and that first one has to be spot on?

“I’ve only ever ridden the new three ride format once at the Cali World Cup where it really played into our favour.

“But at Euros only doing two rides does mean that the first has to be perfect and for me that’s all I’ve grown up knowing – so I knew exactly how we needed to execute that first ride.”

Tell us a little about the training you do for team pursuiting?

“Without going into too much detail the training for team pursuit is as you may expect; lots of efforts on the track becoming more specific to the event as the time to the event decreases.

“It also help to get a good road base in before moving on to the track as this really helps with general strength and ability to push bigger gears and therefore go faster.”

Sub-four minutes, wow ! – did you expect that?

“Firstly, it was a big ambition of mine to go under four minutes at the event.

“I knew it was a possibility after the 4:03 we did at the Cali World Cup.

“However after a really good effort in the training just over a week out from the event, I knew that we had a really good chance of achieving it on the day.

“I wasn’t too worried after the qualifying ride about us not going under four minutes because I knew we still had a little more to give – but the feeling of achieving it in the final I just can’t begin to explain.”

Did you get ‘superbikes’ for the team pursuit – what can you say about them?

“In terms of bikes we have recently just changed bike sponsors from Pinarello to Cervélo; the bike I rode in both the scratch race and the team pursuit was the Cervélo T4.

Tell us about your scratch win.

“Well, after the team pursuit there really wasn’t any pressure from the team to perform, and I could just enjoy it – the only pressure came from me.

“After the qualifier I knew I had good chance of winning and was really motivated for the final.

“In the race everything just seemed to fall into place with hitting the front just at the right time.”

Is the senior squad and Rio a possibility?

“Obviously it would be great to go to the Olympics but whether it is a possibility I’m still not sure yet.

“It would take a lot of improvement from me in the near future.

“I wouldn’t say that it’s Impossible but at the same time, it’s a long shot.”

“Actually I wasn’t too happy with the way Road Worlds TT went for me last year; I was putting pressure on myself all year for that one race after fifth place the year before.

“I knew if the form was right I had a real good chance of a medal.

“Winning the time trial in the Course de la Paix earlier that year gave me even more confidence.

“However, by the time the race came round it was getting towards the end of a long season for me, and the fatigue of the year was just starting to take its toll.

“In the end I had to settle for 10th place with the legs just not being there on the day.

“The Worlds TT is not necessarily a target of mine this year, with the track being a greater focus heading into Olympic year.”

“I’d have to say Tony Martin is a bit of a hero of mine.

“The stage win he took early in the Tour was just something else – to then subsequently crash out with a broken collar bone was a big shame.”

Do you see your future on the road or track?

“For now I’m quite enjoying both.

“But I can definitely say that In the future I want to be on the road.

“It just interests me a lot more than track.”

“Up to this point in the year I’ve been focusing on the Track Euros as a big objective; but from this point onwards I’ll just be see how it goes.

“Potentially there’s a Tour of Britain ride and then I’m into the track season – with hopefully the Senior Track Euros.”

With thanks to Matt for his time and wishing him ‘all the best’ for the rest of 2015. 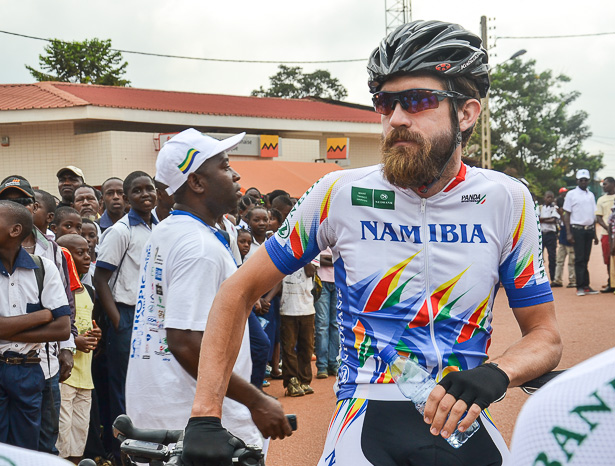 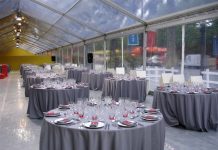 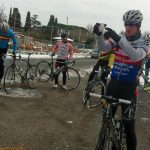 Press Releases June 29, 2016
Turin, 29 June 2016 – The iconic gravel roads of the Colle delle Finestre and the finish line at Sestriere, scene of epic gestures by generations of pro riders, are two of the features that define the story of the Gran Fondo La Marmotte – Sestriere – Colle delle Finestre. The sportive ride organised by RCS Sport / RCS Active Team, now in its second edition, will be held on Sunday 24 July. 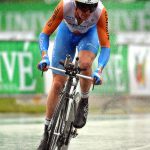 Nuggets September 21, 2009
The Vuelta has finished, so has the Tour of Britain, the Worlds are this weekend, the crosses have started and there's a nip in the air in the mornings - autumn is here. My favourite time of the year: in Scotland it rains less, the skies are blue, the air is fresh and leaves are so beautiful as they turn.