Home Interviews Conor Dunne – A Switch to JLT Condor and a Win in...

We first came across Conor Dunne in his AN Post days, dueling with those hardy Topsport boys in a big kermis at Westrozebeke in Flanders.

The next thing we knew his 6′ 8″ frame was on the tele from the 2015 Richmond Virginia Worlds, initiating the break of the day for his team Ireland jersey and spending 200 K ‘up the road.’

This year he’s changed allegiances from AN Post to cult British Continental squad, JLT Condor and is back in the headlines, winning what’s cited as; ‘Britain’s answer to Paris-Roubaix’ – but maybe the Tro Bro Leon would be a better comparison.

There’s no pavé in ‘The Rutland’ as most call the Melton CiCLE Classic but there’s plenty of dirt road and pot holes; it’s a race requiring good bike handling skills as well as fitness – and a good dollop of luck.

VeloVeritas recently caught up with Conor after his fine win…

Congratulations, Conor – what was the JLT Condor game plan for the race?

“We wanted to make sure we won as many UCI points as we could to help us qualify for the Tour of Britain and obviously produce the best performance we could.

“We didn’t have a protected rider in the race as such, we work as a team with one of us trying to follow every move which goes.”

You were away solo early in the race?

“Yeah, I slipped off the front and thought that someone might come up to me but when no one did I decided to sit up – it was a bit early for those heroics!”

Did riding all those Belgian cobbles help your bike handling for the dirt roads?

“I’m well used to riding the cobbles, yes; but it’s a different sort of race on the dirt tracks – a lot of it is about avoiding the holes and not puncturing.”

Tell us about your winning move.

“After the last off road sector my team mate Russ Downing had been away but was brought back and I attacked. There was a little group formed, we slipped away and rode for around 10 miles on the main road.

“My team mate Chris Lawless (eventual third) was with me and we took it in turns to go with the moves.

“It was all together at about 1500 metres to go and I put in an attack – the rest were perhaps looking at Chris because he was the man for the sprint but I got the gap and held it to the line.

“It was a terrific feeling to win it like that.

“I was fortunate during the race, I had no bad luck at all; Continental supplied us with special 28 mm. tyres and they were brilliant.”

“I was in Belgium for five years and just wanted a change – something different.

“I began speaking to John Herety at the end of the year; I knew he’d be a good man to guide me and to learn from.

“After the Worlds we agreed a deal and it’s been great to be part of the team, I’m really enjoying it.”

Last year you rode the likes of Kuurne, Nokere and Handzame, don’t you miss that kind of racing?

“Yeah, a part of me missed the early season in Belgium and I wouldn’t rule out going back – but it’s been great to ride a different programme with JLT Condor.

“I’ve raced in Australia, the Cadel Evans Classic and the Tour of Taiwan, this season with the team.

“We had a house out there and I did a lot of training in Australia between January and through to the end of February – I loved it.

“Taiwan was a crazy place, sprawling cities, teeming with people but good racing.

“I was going OK; seventh on Stage One and in the break which was only caught late in the day on Stage Four.

“But there were mountains the last few stages and it was very hard.”

Tell us about your Richmond Worlds adventure.

“That was a day I’ll never forget; I had good form in the Tour of Britain and was delighted to get selected for the Worlds.

“I attacked from the start, they let us go pretty easily, and I ended up being away for 200 K, eventually the bunch caught us then I slipped back to another group but I was cooked by then.”

“Normandie was really hard, I went in with ambitions on the overall but it didn’t work out like that and I had an off day on the last stage.

“Loir et Cher was much better, I felt stronger and we got a stage win with Russ Downing as well as second on GC with Chris Lawless.

“Russ is a legend, he’s such a nice guy and I’ve learned so much from him.”

“It’s busy – The Lincoln, the Ràs then the Tour of Korea followed by a bit of a rest and then the Nationals.

The last time we spoke you were studying at the Open University.

“I’ve been studying with it for a while now; I felt it was important to have something else to do with my time when I was in Belgium – give me another focus.

“I’m studying philosophy and psychology, I finish my second year in the summer.

“There’s a lot of hard work to come for me but it’ll be great when I get my degree.”

You’re a big guy, how do the UCI bike regulations affect you?

“I just don’t fit in with their TT bike dimension regs – I don’t agree with them at all.

“My Condor road bike is a good fit though, customised to suit me, it’s around a 62/63 cm. frame size.

“To be honest it’s harder finding shoes and jeans to fit when you’re my size than it is a road bike!”

“Some more results – winning the Rutland gave me belief, it was a nice feeling to win and I’d like to experience it again!” 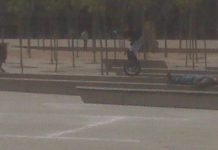 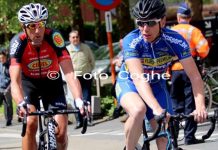 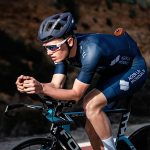 Interviews December 6, 2020
Oscar Onley recently caught the attention of many, including Team Sunweb, with his win at Tour de Savoie Mont Blanc cycle sportive, a mountain time trial that took place on the same course as the final stage of the elite men’s race of the same name. For season 2021 Oscar will be riding with the World Tour Team’s u23 development squad. 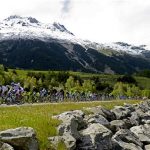 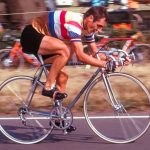