Greipel had just blasted the field to win his first Giro stage the day before; surely there’d be a good write up in the Guardian?

I used to get more of a word allowance to write up races for “The Comic” [Cycling Weekly] back when Scottish racing got a bit of coverage.

Meanwhile said Comic and British Cycling continue to tell us that cycling is now mainstream.

I flicked forward through the sport section; what’s this? A picture of Shane with a comforting arm around Vicki.

The accompanying copy is another anti-Sutton rant where the female journalist who’s so concerned with political correctness refers to the Aussie as an ‘arsehole.’

And in the text Vicki explains that Sutton never gave her a comforting hug, as he claims he did – what about the picture, Vicki?

Looks like at least half a hug to me?

Sutton’s resigned and Jess tells us she IS going to Rio.

When Jess saw our piece on VeloVeritas about the Sutton Saga she messaged our Facebook page to say she HAD qualified.

We said that was great news and asked for some times to corroborate things. 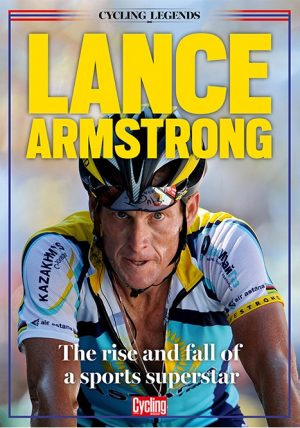 Continuing on the theme of ‘stories best left on the shelf,’ The Comic has produced a Lance volume to go with their, ‘Cycling Legends’ publications.

But I need to have a word with myself, I bought the damn thing!

Another ‘Doper’ – a dead one, this time, Marco Pantani.

Apparently it was a Mafia betting conspiracy which saw him turfed off the Giro in 1999.

So I guess that makes all those mad hematocrit levels of his alright then?

The man was a gifted climber but a huge kitter – just like so many of his generation. He did what he felt he had to do – but let’s not make him something he wasn’t.

Many claim he was the best climber ever – but we can find no basis for this in fact in terms of results. Van Impe, Gaul, Bahamontes, Coppi all have much broader palmarès.

Back to The Comic; we’re told that Simon Yates has been compromised by the team doctor – who’s name is?

I hope Yates is cleared but have to contend that it’s ‘racist’ for the English speaking Media to jump to the defence of any ‘Anglo’ rider who has a brush with the anti-doping authorities whilst any East or South European in the same boat is immediately castigated.

In fairness to Cycling Weekly there was a good editorial by Simon Richardson where he says, going back to the Sutton debacle, it can’t be easy functioning as a team manager at the highest levels of sport.

Indeed not – and as they say, ‘nice guys finish last.’

And we’re a wee bit surprised that the British Continental teams are ‘wheedling‘ – to use a good old Scottish word – about… only three of the five outfits getting a ride in the Tour of Britain.

Memory lapse has kicked in, I think?

Did they really think they were going to get off scot free from that debacle last year when they came in 45 minutes down on one stage?

Let’s cross the Atlantic – our pal Dave doesn’t admit the Tour of California exists; he says it’s “an aberration”.

And it is always going to be difficult for it to compete with the Giro.

But there’s some interesting racing going on there – Alaphilippe continues to display that he’s the real deal whilst Dennis is at last showing some chrono form which will put him among the favourites in Rio.

He’s great; the journos ask him how he’s coping with all the pressures of being the stage wins record holder in California whilst wearing the rainbow jersey.

He responds that he’s going surfing the next day…

It looks increasingly like he’ll be going to Rio, officially qualified or not.

Perhaps we’re missing something but he doesn’t strike us as oozing good form.