Geneva 18:10 CET, the Europcar desk, there are just two on duty on the counter – correction, one has bolted for his tea and the other is involved in what could be a Brexit negotiation, it’s taking that long.

Callum’s cool but the kid behind us has kicked off – in Arabic.

The guy behind us, an English sportive rider is getting agitated – he’ll never make a journo.

Like Bobby Dylan says; “first thing you learn is that gotta wait …”

We pick up le Tour tomorrow for stage 16 but we want to get our credentials tonight so we can drive the stage tomorrow.

If we don’t get them tonight we’ll have to go to the stage finish tomorrow to get them.

In the Giro you can uplift your credentials at the Airstream trailer at the stage start, but not at Le Tour.

However, we’ve got L’Équipe; and it’s unusually – for a French paper – in praise of the English.

We have a list of notable dates involving ‘Albion’:

But first, the protagonists in one word, courtesy L’Équipe:

We’re on our way to Culoz, wish us luck.

ASO email to tell us that Jarlinson Pantana has won the stage today for IAM Cycling and Columbia; that’s his contract sorted for 2017 – IAM folds at the end of the season.

We figure out from the radio that the leaders finished ‘tout ensemble’ – “all together” – don’t think we’ve missed much then?

We figured three hours would be enough time to get from the airport – no chance, apparently there’s some damn bike race on and the roads are clogged with traffic.

Re-programme the satnav to the digs, ah well – it’s not a proper Tour arrival without dramas…

On the bright side, it’s a good sound system in the Yaris and Radio Nostalgi is coming in wall to wall, treetop tall, as we used to say back in the CB days.

And now the press releases start to ping in; here’s the Tinkoff one:

“It was a day for the climbers today – or more accurately – for Rafal Majka.

“Just beaten to the stage win, Rafal took the Maillot à Pois and the day’s combativity prize, while Roman Kreuziger held on to 11th spot in the GC with a strong ride where he finished with the Yellow Jersey group.”

And Dave texts to tell us there’s no change on GC, so we didn’t miss so much after all.

Campanile tonight and the chance of a restaurant on the premises – nice! 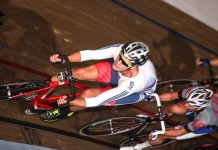 John Archibald – “a four minute (Pursuit) effort is something I... 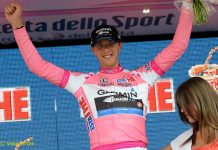 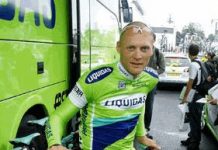 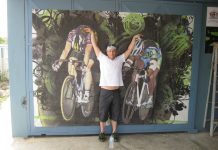 Trinidad & Tobago – Day One, Laid Back at the Beacon... 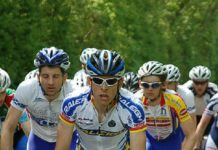 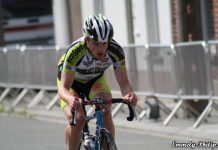 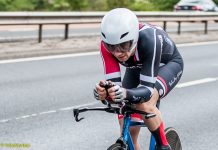 The VV View: Lance Armstrong Downfall – Good for Cycling or a Disaster?

Nuggets August 25, 2012
The Lance Armstrong Downfall: King Pyrrhus of Epirus gained a victory over the Romans in 279 BC at the battle of Asculum in Apulia. The Epiriotic forces, although they won the battle, suffered severe losses to the elite of their army. A Pyrrhic victory has come to be known as one which comes with a devastating cost. 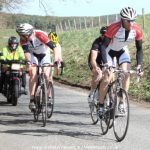 Race Reviews April 5, 2009
Endura Racing Team's Gary Hand topped a near perfect day for the Scottish UCI Continental squad with a solo win in the second round of the Super Six Series - the Duncan MacGregor Memorial Road Race over 80 miles around the "Rigging of Fife." Team-mates Gordon Murdoch and Duncan Urquhart took second and fourth respectively, to make it a quality day for the men in red and white. Spoiling the party just a little was Rapha-Condor's Matt Cronshaw, who, despite a severe working-over from the winners, grabbed third place. 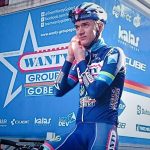