The reaction of a friend of mine when I explained the basics of the Lizzie Armitstead case to him – he’s no right-wing balm pot, on the contrary he’s a working class former international sportsman who’s represented Scotland at the highest level.

Perhaps if it hadn’t been for Lance feeling sorry for the doubters; Tyler and his phantom twin; Floyd and all that Jack Daniels; Bert and his steak and all the rest he wouldn’t feel that way?

If you’ve been on the moon then you won’t know that Ms. Armitstead has missed three ‘whereabouts’ tests within a year – meaning she could have potentially be liable for a two year suspension.

However, she’s managed to belatedly ‘duck out’ of the first one on what many might term a ‘technicality’ so currently she’s ‘only’ on two infringements and can still go to Rio.

I was a Lance fan when he came back from cancer to finish fourth in the Vuelta; I used to admire Tyler Hamilton; Dave Millar was always a cool guy with me and as someone I know once told me; ‘your trouble is that you like everyone!’

On that basis I canvassed opinion from friends who are as involved and passionate about the sport as I am – and I had a look at the newspapers to see if there’s a consensus.

First off, a colleague here on VeloVeritas:

“Like most, I’m wondering why she let the first strike go recorded without appealing it.

“I’m wondering why BC helped with legal stuff/costs.

“I’m puzzled how a world champ pro athlete with an admin assistant misses a third test in 12 months?

“Why did CAS reason to cancel the first strike? Who was on the panel? Any connections to Sky?

“I don’t think she was necessarily at it.

“But, it would not surprise me to learn she was.

“It’s a mess for her alright.”

It was the Daily Mail broke the story so in time honoured tabloid style they’ll have agreed to be less rabid – wiping the foam off their fangs before they bite, for example – if she speaks to them, which she did; hence the headline: ‘Lizzie reveals her torment but many questions remain.’

Another VeloVeritas contributor had this to say;

“She has a dedicated member of staff to help her fulfil her commitments and still messes up.

(Armistead says he left his job at BC without her knowledge and this was a contributing factor to ‘Lizgate’ ed.)

“She challenges the first infringement after the third one!

“Mitigating personal circumstances on the third but no detail about what these were.

“Smells to me. Your average Joe would be serving a two year ban for sure.

“And we’re all aware that if she was Russian or Spanish most would saying; ‘heard it !’”

The Guardian headlines on the point which many have picked up on; ‘Armitstead did not challenge missed test until Rio threat.’

The punctuation is Geoff’s, not ours we hasten to add – but ‘hyper aware’ is indeed what most of us would be.

However, when I spoke to an ex-pro who rode at the highest levels in the sport, he put another slant on it.

“Imagine you got done for speeding and got three points, but felt it wasn’t right, would you go to court if it was going to cost you 1,000 Swiss Francs ?

“You probably wouldn’t – but you definitely would if you were on nine points and facing a ban!”

The 1,000 Swiss Francs figure is what it costs to lodge an appeal with CAS.

We asked our man in España what he thought and what the Spanish Press were saying.

“My view is that there has been some sort of cover up, but maybe just because she made a made a mess of her whereabouts.

“She says she’s clean and I have the feeling she probably is, but why so much subterfuge from BC?

“I just had a look at AS and Marca (Spanish sports daily newspapers, ed.) on line: AS has nothing and Marca the bare facts in a few paragraphs.”

I pressed him on why he thought she was clean;

“Well, I guess we can’t be sure she is clean and there is the fact that she lives in Monaco where they don’t get tested much, but as World Champ she must have been tested a fair amount at races (16 times this year she says, ed.).

“OK, correction, she’s probably clean. To dope these days you are either very stupid or exceptionally clever or protected.

“She could be one of those or as she says ‘naive’. Two of her missed tests were either side of the World champs.

“OK, I’m sending mixed messages here. She’s either daft or there’s a big can of worms.”

In a rather rambling ‘open letter’ which I saw just an hour or two ago Armitstead says; ‘I have never tested positive for a banned substance.’

Now, who did we hear repeat that mantra over and over?

She would have been best to get some PR advice before releasing it, especially the closing sentence:

“To any of the “Twitter army” reading this, do yourself a favour and go for a bike ride.

“It’s the most beautiful thing you can do to clear your mind.”

That’ll be the same ‘Twitter army’ who worshiped her when she won Olympic silver and Worlds gold but are perhaps just a tad alarmed by the odor wafting off this affair?

The ‘i’ newspaper headlines; ‘Armitstead faces questions over her missed drugs tests.’

A friend in Texas merely says:

“Hmmmmmmm……… You would not leave a World Champ at the house, right?”

No, you wouldn’t and it explains BC’s involvement – as one of our earlier correspondents alluded to, if this was me or just about anyone other than Ms. Armitstead, BC would be saying “Why are you speaking to us? It’s your problem, pal!”

The last newspaper word has to go to The Sun who manage to sum up the whole mess in the least amount of words; ‘Lizzie Drugs Test Tizzy.’

And I guess Alex Rasmussen must be feeling a wee bit like there are two sets of rules; one for disorganised Danish guys and one for British lady World Champion cyclists who are favourites for The Olympics.

That consensus I was looking for is pretty clear; it’s a murky mess and does nothing for Ms. Armitstead or BC’s reputation. 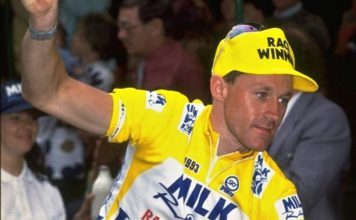 John Pierce – My Favourite Six Day Men; by one of the World’s Best Photographers 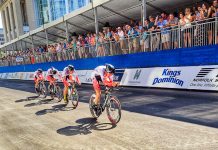 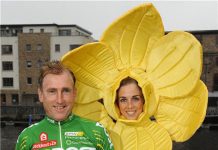 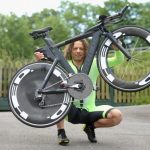 Interviews June 21, 2017
Biggest news of the weekend? Spilak wins overall in Suisse - and the Russian team takes the GC at ZLM too with Goncalves; Dillier wins the Route du Sud for BMC or Cav shows form in Slovenia to get the Dimension Data management team off the Valliums? Nope - Richard Bideau. Adam Duggleby’s (Vive le Velo) 3:16:51 to break the British 100 mile time trial record on the e2/100, Newmarket course is the ride which has tongues wagging on this side of the Channel and North Sea. Peter Harrison (AS Test Team) 3:18:58 was also inside the old mark; as was the man we interviewed two years ago when we all thought he’d nabbed the record with his 3:18:54, reigning BBAR Richard Bideau – until the course was re-measured and found to be ‘short’ by 0.2 miles. We caught up with Bideau two days after his ride... 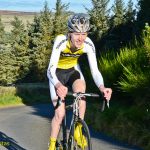 Race Reviews October 21, 2012
On a beautiful Scottish Borders Sunday morning, Boardman Elite’s versatile mountain biker, Grant Ferguson turned around a 10 second deficit at the top of the steep section of the Stow climb to win the Scottish Hill Climb Championship by three seconds from up and coming Steve Lawley (thebicycleworks.com), with the bronze going to Jamie Kennedy (Glasgow Couriers).