It’s all clear to me now, Lady Laura explained it:

“The Worlds are irrelevant, all that matters are The Olympics.”

So those riders who win the world individual pursuit championships and world kilometre title are just wasting their time, horsing around?

Laura’s statement means the headline I read in The Comic (that’s ‘Cycling Weekly’ if you’re a civilian) this week – “How Team GB have become the greatest velodrome cyclists on the planet” should actually have a coda; “- once every four years, that is.”

‘The Olympics; the time every four years where the people of Britain pretend they’re interested in cycling, for a week.’ 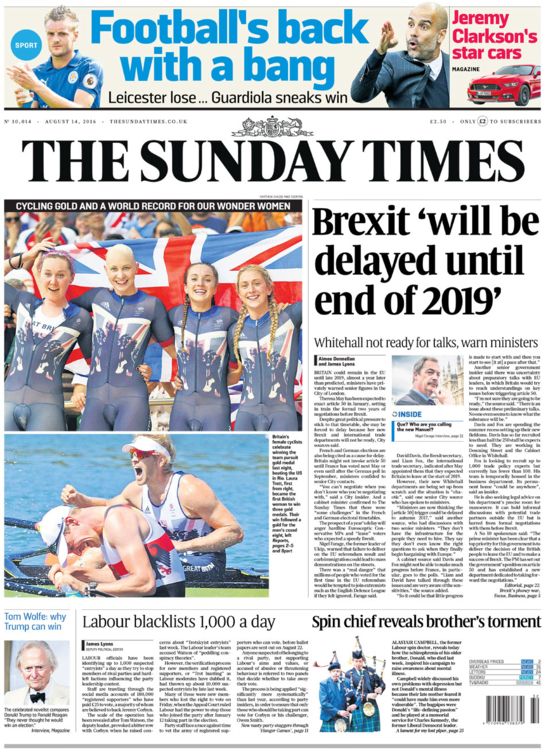 But it’s kind of flattering isn’t it?

Instead of being the freak who’s not into football, you’re the ‘go to’ girl or guy when those big questions crop up, like; ‘why don’t those sprinters just go like hell from the off?‘

Or ‘Why didn’t Cavendish get disqualified for knocking off all those other boys?‘

Now that is a good question.

The Olympics were a tough time for me; VeloVeritas mentor, prophet and critic Viktor is my cycling conscience and keeps me on my toes.

The road race was fine; a GVA triumph, a Belgian colours at the top of the flag pole – Vik was happy.

The clock burst too; ‘Cancellara – a man against boys!‘

It was when the track racing started that the pressure came: he was on the phone to me up to three times each session.

‘So that German boy in the GB team sprint gets paid to ride one lap once every four years?‘

‘Why are the chainsets on the wrong side on those American lassies’ bike?‘

“It’s to do with torque, Vik – it means the bike flows with the banking rather than fighting against it – and don’t be surprised if GB have it for Tokyo, word is that it’s worth a tenth of a second per lap.”

‘What about those daft carbon shoes, I thought all the kit had to be commercially available?‘

‘Where has that Jason fella been for the last four years?‘

“In fairness Vik, he is the world champion.”

‘That omnium, it’s for boys who cannae make the grade in proper events, isn’t it?‘

“Have you seen the kilometre and pursuit times they’re recording, Vik? – and I mean, Kluge, Cav and Viviani aren’t bad riders, are they!’

‘O’Shea is finished, how does he get to ride the Olympics?‘

“He was on the podium at the Worlds, Vik just a few months ago.”

And of course; ‘Why didn’t they disqualify Cav for taking all those boys out?‘

Even after the Games were over;

‘Are you watching this? I’ve got breakfast TV on, Laura and Jason, Britain’s golden couple, I feel ill!‘

And if Vik had suggested that Sarah Hammer on a pursuit bike makes a cow with a gun look stylish, I’d have been forced to agree.

On a serious note though, great to see fellow Scots Callum Skinner and Katie Archibald [we have an interview with her coming soon. ed.] as Olympic Champions.

I’ve been reading a few negs about Callum’s tactics in the sprint final – can we just remember how quick Kenny is and the fact that he’s reigning world and Olympic sprint champion?

And what about the gears those sprinters – and team pursuit riders for that matter – are punting?

We know what the team pursuit guys were on but are sworn to secrecy; suffice to say that we used to think Jack Bobridge’s 53 x 13 pursuiting gear was big.

Sticking with the tech, we heard a whisper that in training, when the team tried out the new skinsuits and machines for the first time, they were pumping the watts commensurate for a 3:55 ride on their usual training bikes, skinsuits and helmets but rode to a 3:50 on the new bikes and clobber.

We’re also hearing rumours – they may be no more – that whilst those frames might say ‘Cervélo’ they are, in fact, built by McLaren and have F1 telemetry built in to them for data monitoring.

We know for sure that it is the same paint finish as on the F1 cars.

Money seems no object, check out Laura Trott’s bunch bike, the handlebars and stem – one piece, carbon, slippery like a component off a Stealth plane.

Then look at the opposition’s machines with air-grabbing clamp bolts and ‘bars you or I could buy off the ‘net right now.

And conventional wisdom was always that the Mavic five spoke was the fastest front wheel on the planet – but I’d like to get the gen on those three spokers Team GB were riding.

In the world of marginal gains it would seem that ideas ebb and flow.

Remember those big arching fork crowns we hypothesised about on the UKIS bikes in London 2012?

We first saw it on Felts at the Berlin Six Day, the idea being to let the air through and not ‘gum up’ and cause turbulence.

Check out the 2016 Cervélo crowns, tight on the tyre as the 2008 Beijing bikes were – I’d love to get a blether with one of the GB ‘bike tech’ guys.

However, whilst they patently got the aerodynamics of the skinsuits right, what on earth is that colour scheme about?

It’s horrific, it looks like the riders have been in a paint ball battle.

The Belgian and French kits are much as they have been for years – and none the worse for it.

But – the bottom line, 11 track medals; six gold, four silver and one bronze, is hard to argue with especially when you realise that The Netherlands were second with two – one gold and one silver.

Former track giants Australia picked up one silver and one bronze and France – who ruled the boards for so long – with names like Morelon, Trentin, Ermenault, Rousseau, Magne, Bauge, Pervis – took home one bronze, the same as Malaysia.

The Worlds ‘don’t matter,’ the Six Days are a shadow of what they were even a decade ago; sprinting and Keirin will soon be run off in lanes, they’ve been become so decaffeinated and it appears that technology has assumed a much bigger role in track cycling than ever before with the tech so special it only gets wheeled out once every four years.

“It’s track racing Jim, but not as we know it!”