‘Why do you rant about cycling?’ they ask us.

‘Because someone has to!’ we reply.

There has to be a voice in the wilderness …

Did you watch the Worlds?

Dave, Ivan and Vik all boycotted it – although they admitted to watching the finale.

The Belgian offensive in the desert would have done Field Marshal Erwin Rommel proud – but apart from that and Sagan’s killer finale the race was processional.

Once the Belgians had that one minute on the second group there was no way the Germans were coming back; Degenkolb’s frustrations boiled over and he skooshed his bottle at Jens Debusschere.

It was hardly Cipo v. Abdou but it showed how motivated – and frustrated – the Germans were.

What was surprising was that Boonen waited for the sprint – but word is that Van Avermaet was meant to lead Tom out at the end but wouldn’t/couldn’t/didn’t. 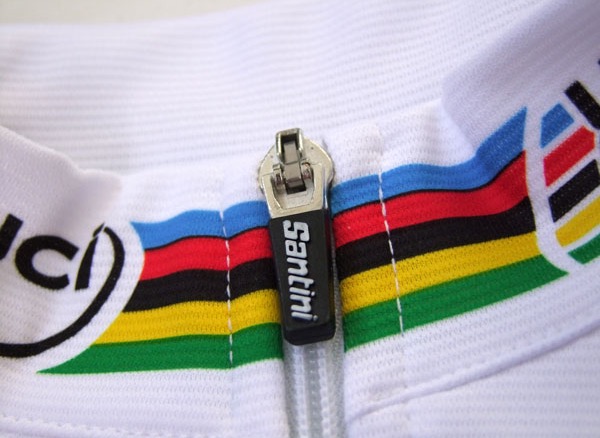 And on the subject of rainbow jerseys, VV amigo and consultant Dave recently objected to a Facebook post where a chap was raffling a maillot arc-en-ciel.

As Dave rightly pointed out, you win one of those on the road, not in a raffle.

As Dave put it; ‘he got pelters’ from the FacebookSphere.

The fact is that he’s right; but what I don’t understand is that if you ride the road or track Worlds – even if you’re a former World Champion – the UCI officials will cover up with black electrical tape any ‘worlds bands’ on your frame or equipment, even down to the tiny flash on Ritchey bars, stems and seat posts.

But here’s the thing – you can buy a UCI sanctioned Santini World Champion’s jersey and wear it on the road.

The End of the Road

I’ve been reading a book called ‘The End of the Road’ by Alisdair Fotheringham about the ‘Festina Scandal.’

As our editor, Martin says; ‘it all seems like ancient history now,’ but I can vividly recall sitting in my living room watching my TV, practically in tears as Bjarne Riis and Luc Leblanc wagged fingers at each other amid a sea of riders sitting on the tarmac, mid-stage.

The Tour was falling to pieces in front of my eyes.

There are some saying that too much is being made of the recent Wiggins “TUE-Gate” but it’s good that there’s been so much outrage and debate about the affair.

Back then, all most of us were concerned about was the Tour getting to Paris – Willy Voet, the Festina Scandal, EPO rumours, Rodolfo Massi getting arrested whilst wearing the maillot a pois as King of the Mountains were all incidental.

The UCI should have made some, big, difficult decisions after that race but they never did – and the following year, Lance won …

History records that Pantani, Ulrich and Julich were all kitted up in that Tour so personally I have no problem with the current TUE fuss.

Perhaps if there’d been the same fuss back in ’98 and when Lance ducked that corticosteroid positive in ’99 with a ‘back-dated’ doctor’s certificate we wouldn’t have had to endure the years of misery we did.

And final word (‘til the next final word) on the TUE situation, those two Chris boys, Hoy and Froome haven’t exactly leapt to Sir Bradley’s defence – “still questions to answer …”

And you just knew we’d have to more to say on our ‘Peoples’ Champion’.

Here’s an email communication we received from the Abu Dhabi Tour re. said Knight’s Desert DNS which has made few of the cycling sites – which is unusual given that so much of what you read on those sites is re-hashed press releases:

“The Abu Dhabi Tour, organised by the Abu Dhabi Sports Council with the collaboration of RCS Sport, wish to share this clarification of the issues surrounding Sir Bradley Wiggins’ contracted appearance at the 2nd edition of the four-stage road race, 20-23 October.

“Before the first announcement (20 September) we received the approval from Team Wiggins to communicate the presence of Bradley Wiggins at the upcoming Abu Dhabi Tour.

“Last week the Official Enrolment Form was submitted by a Team Wiggins official to RCS Sport with the name of the rider Bradley Wiggins included in the provisional entry list.

“In addition, as is usual practise for a major race, flights and accommodation have been booked in the name of Bradley Wiggins and those accompanying him.

“The race organisers are surprised and disappointed to see different stories in the media regarding Bradley Wiggins and the Abu Dhabi Tour.

“It is important to clarify that the long-standing expectation has been that Sir Bradley will be riding the 2016 Abu Dhabi Tour, and that all operations by the race owner, race organiser and its representatives and agents have been based on that expectation in good faith.”

It’s all down to how Brad feels at the time, i’nnit?

Tramadol is an opiate. Although it is weaker than heroin and methadone, it still causes all the typical opiate effects.

Sometimes it’s strange how something you’ve never heard of in your life until recently starts coming at you from different directions.

I was discussing a mutual acquaintance’s drugs problems with a friend when he mentioned ‘Tramadol’ – my ears pricked up.

His best friend had died after taking too many of the controversial pain killers along with alcohol, he explained that ‘the stuff mungos you,‘ translated as killing the pain but also your judgement and reactions.

“Tramadol can slow or stop your breathing, especially when you start using this medicine or whenever your dose is changed.

“Never take tramadol in larger amounts, or for longer than prescribed.

“Do not crush, break, or open an extended-release pill.

“Swallow it whole to avoid exposure to a potentially fatal dose.”

Just a few days later I was at a family gathering where a distant relative related her tribulations with Tramadol; she explained that yes, it fights the pain but impacts negatively upon your thought processes and mood.

Nasty stuff – but it DOES kill the pain …

Doubling back to Le Tour, did you see the 2017 route presentation?

I didn’t but saw the pictures; call me an old fogey but what happened to style and class?

Pinot, Froome, Porte, Voeckler and Yates look like ‘lads’ going out on a stag ‘do’ – not a tie between them.

Bardet wears a bow tie but on his feet are what appear to be white diver’s boots – I guess he’s being ‘ironic.’

Check out images of those Super Prestige Pernod awards presentations from the 60’s and 70’s then tell me I’m wrong.

And disappointing to see no GB riders in the Chrono des Nations where David Millar and Alex Dowsett have both performed with honour – Kiryienka may have lost the Worlds Chrono but he successfully defended his Herbiers title in France.

Better news from Paris though with that Katie Archibald lassie taking European gold in the individual pursuit and omnium as well as silver in the elimination race – we hope to bring you an interview with her, soon.

And not forgetting Mark Stewart’s bronze in the team pursuit – some interesting names in that competition; former Tour maillot jaune Sylvain Chavanel riding in the French team for qualifying and his 20 year-old country man Corentin Ermenault doing the ‘double’ – European individual and team pursuit golds.

In the individual he beat Italy’s world pursuit champion, Filippo Ganna in the final.

If you were around when Graeme Obree was in his pomp then you’ll recognise the name ‘Ermenault’ – the man from Ayrshire defeated Corentin’s dad, Philippe to win the world title in Norway in 1993.

Ermenault senior would go on to win the Worlds pursuit twice and be part of the victorious French team pursuit squad at the 1996 Atlanta Olympics where he also took silver to big Italian, Andrea Collinelli in the individual pursuit.

The 20 year-old Ermenault junior has already finished third in the U23 Tour of Flanders – watch for the name.

‘Enough of that history stuff, already’ I hear you say.

And to close, news that Louis Vuitton Moet Hennessey, one of the world’s premier luxury goods conglomerates are about to buy Pinarello.

And there was us thinking it was, ‘the people’s sport’ – rich people, that is these days.

But somehow it’s hard to see sales of champagne and exclusive luggage soaring in Serskamp.

The VV View: In the Bleak MidWinter