It’s that time again when I go from being that old weirdo who’s always going to bike races no one has heard of to the ‘go to guy’ (I do hate that expression) – yeah, you’ve guessed; ‘Brailsford, corticosteroids, package, Sky, Wiggo’…

I’ve lived through all the doping scandals; Festina, Riis, Pantani, Lance, Tyler, Floyd and the fact is that just like that 1976 disco classic by Bugatti and Musker contends, ‘Ain’t no Smoke Without Fire.’

The pattern is always the same, revelation, vehement denial, steady drip of more damning facts and finally there’s a tearful confession or a ‘guilty’ verdict.

Can you remember one ‘doping scandal’ which ended with vindication and media apologies?

The only thing I can say to folks is that even if Sirs Brad and Dave, Doctor Freeman and Sky didn’t break the letter of the law then they certainly breached the spirit of what’s ‘correct’, as our European friends say.

And their handling of things subsequently for an outfit sponsored by one of the world’s largest Media organisations has beggared belief.

Because of Sky’s self righteous stance it’s now no surprise that the, ‘told you so’ brigade’ are loving it.

But as a friend said to me the other day; ‘if it does come out that they were knowingly doping, I’ll be gutted.’

A point on this one is Stuart Anthony’s reminder to us about Alan Baxter; the Scottish skier who famously failed a drug test because he’s used a nasal decongestant purchased in the USA which – unknown to him – contained methamphetamine in tiny quantities.

That failed test cost him an Olympic medal; Sky’s defence of Simon Cope’s trip is right there; because of their attention to detail and worries about ‘contamination’ “they couldn’t risk buying the product abroad“. If only they’d had Stuart as their PR guy…

By the way, I have to say, Simon Cope is a good guy to spend an evening in the Vivaldi bar in Ghent with, irrespective of anything else.

And hasn’t our Brad been quiet through all of this?

Since his ill-advised ‘Braveheart’ post, we’ve heard nothing from the man who has an opinion on everything.

To paraphrase the Bard; ‘methinks the Mod doth protest too little.’

Knighthoods. Following on from the Sky mess one has to wonder if they shouldn’t kick back on the rush to ennoble people – the rule should surely be that the knighthood comes after retirement?

And how come the late, great John Surtees, the only man ever to win world championship on two and four wheels was never knighted?

Perhaps the Sky ‘carry on’ will serve warning that perhaps it’s best to wait a wee while before the top hats get hired?

But maybe it’s just me spending too much time with VeloVeritas prophet of doom, Viktor – perhaps we’re too old and set in our ways about how star cyclists should behave? 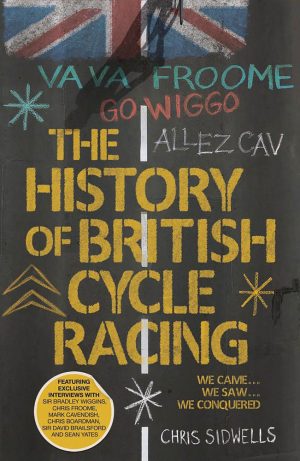