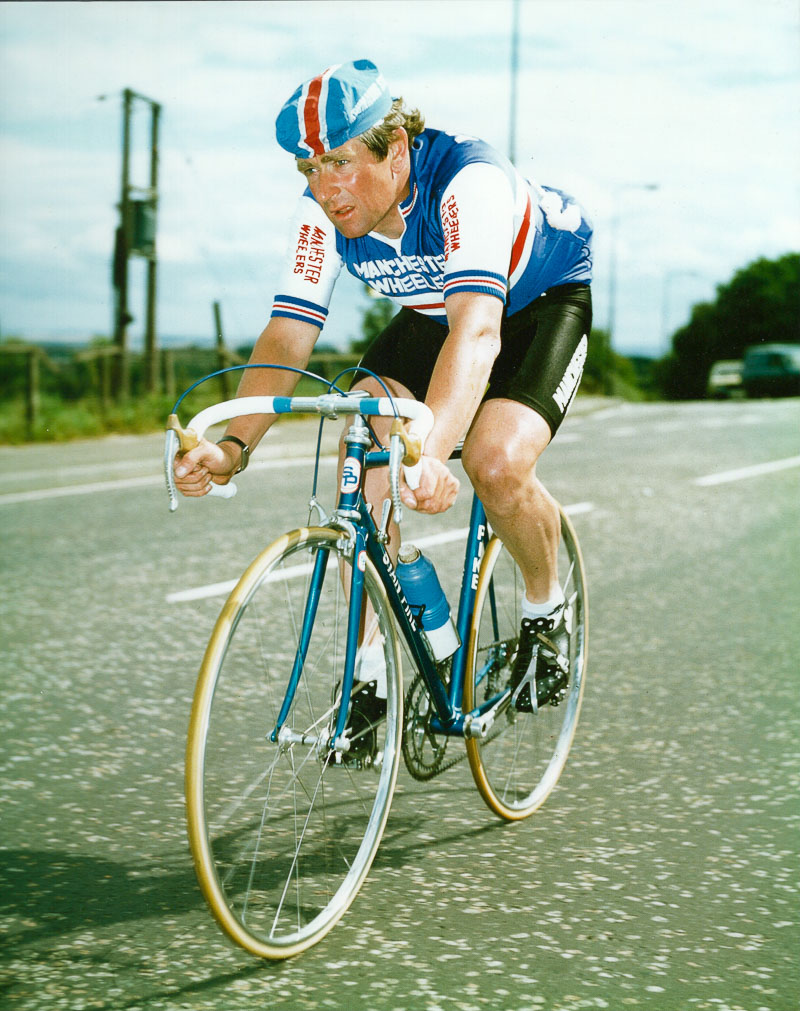 It’s early Sunday morning late September 1977 and we’ve been driving all night, home from the SKOL London Six Day; daylight has come in and we’re on the A1, northbound.

Bike riders with numbers on their backs start to appear and it dawns on us; ‘we’re on t’ Boro’ as our Yorkshire friends might say – the legendary Boroughbridge dual carriageway time trial course.

We pull in to a lay-by and ask a spectator what the race is; ‘the Harrogate Nova 50 mile time trial,’ he tells us.

It’s the last chance to unseat the late Paul Carbutt from his position at the top of the season long British Best All Rounder time trial competition.

But it’s a cold, blustery morning and that looks unlikely.

There’s a bike leaning against a car, a nice pale blue Ken Ryall with those lovely big barrel Phil Wood hubs; ‘I recognise that!’ I think to myself, ‘That’s John Woodburn’s bike!’

Sure enough, there’s the man himself, quietly getting ready for his ride – we know better than distract a rider before his race but he’s very polite in his soft spoken way to four daft Scotsmen who’ve appeared from nowhere.

The man left us with a nice impression.

Woodburn was with Sydenham Wheelers that year; he’d join the Manchester Wheelers later.

Of his ‘50’ win the Cycling Weekly of the day reported; ‘Woodburn’s 1:53:16 did nothing at all to help his BAR average, but did give him the satisfaction of a win over Wells who is one above him in the table.’

Woodburn would finish third in the BBAR that year behind Carbutt and Wells; he’d been second in 1975 and would go on to win the competition the next season, 1978 as a veteran.

Sadly, John Woodburn passed away quietly in his sleep on Good Friday at 80 years-of-age.

His career was a remarkable one; he won the British 25 Mile Time Trial Championship in 1961, the first to do so on a geared bike. Before that the championship had been the preserve of high-revving, fixed wheel pursuit riders.

Woodburn was a member of the famous Barnet CC back then mentored by Alan Shorter and a team mate of ‘King’ Alf Engers.

But a year later he was demonstrating the versatility which was the hallmark of his career, as the Moulton Bicycles website tells us;

“1962 – only a month after the Moulton was launched, John Woodburn spectacularly broke the Cardiff to London record on a Moulton ‘Speed’, covering 162 miles at an average speed of 24 miles per hour.

“This feat immediately established the Moulton as a serious bicycle amongst the public, the press and the cycling community.”

In a later interview Woodburn recalled being paid £1:00/mile by Moulton for his success – strong money in 1962.

But the Birmingham man wasn’t just about chasing the second hand of a stop watch in timed events; he was a competent road rider and turned ‘Independent’ – a ‘half way house’ between amateur and professional.

As an ‘indie’ he was second in 1963 in the massive 352 kilometre London to York road race where only Albert (‘The Dominator’) Hitchen could get the better of him.

That same year he finished 14th in the savage Peace Race netting two eighth stage places along the way and finishing one stage on a ‘sit up and beg’ bike when his tubs rolled off approaching the stadium finish.

Woodburn was never scared of the long haul; he made the Guinness Book of Records with a time of 9 hours 3 minutes 7 seconds for the London – Bath – London ride.

The record he broke belonged to road legend, Les West – that says much about the quality of Woodburn’s ride.

And it’s perhaps for the longest test of them all – Lands End to John O’Groats that’s he’s best remembered.

He went twice, once unsuccessfully, climbing off at Blair Atholl having ridden against doctor’s orders when suffering from a virus.

But typical of the man; ‘he didn’t want to let people down.’

By sheer chance I came upon him in that ride, we were driving home, up Glenfarg, and there he was, riding in the opposite direction, north towards Perth.

We turned around, passed him and watched him climb the Craigend brae out of Bridge of Earn.

He looked grim, wasted, tired, close to the end – but with around 300 miles still to ride.

We gave him a good shout and Woodburn managed a little wave back to us; we thought he’d never see Inverness – but he did, and beyond all the way up that tough Caithness coast road and the notorious Berriedale Brae.

For the flat sections he used a close-ratio straight through block – a six-speed Maillard ‘13-up’ – with a bottom gear of 42×18, and for steeper hills he had a wheel with a 20-tooth sprocket.

In an interview, 30 years later with Cycling Weekly the climax of the ride was nicely recalled;

“Unlike the overcast, windblown start at Land’s End two days previously, which had given way to torrential rain, it was a crisp, blue morning.

“An armchair had been placed outside the front door of the hotel for Woodburn to recover in, and a tartan blanket was wrapped around his shoulders — a Highland laurel wreath for the godlike victor in an unimaginably arduous competition.

“Thirty-three years on Woodburn grimaces at the memory; “I’ve always tried to do the best I can, go as fast as I can,” he concludes.

“For him averaging just under 19mph for 848 miles was all in a day’s — or rather two days’ — work, but for the purist Woodburn’s End-to-End is the equivalent of Eddy Merckx’s 1972 Hour record.

“No aerodynamics, no scientific training or nutrition and certainly no drugs.

Woodburn loved riding a bike and racing and at 70 he could still return 21:48 for a 10 mile time trial. 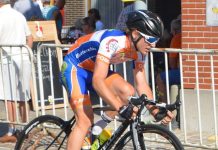 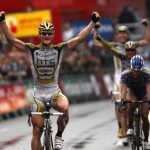 Race Reviews July 11, 2009
Off no.45, Michael Nicolson (Dooleys RT) never looked like being beaten in the Scottish 50 Mile TT Championship 2009, but a but a clutch of riders fought it our for the minor placings in the mens competition, whilst Jessica Wilson -Young (Edinburgh RC) took a comfortable win in the women's race. 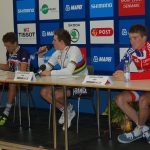 Diaries September 28, 2011
Braveheart rider Andy Fenn took an excellent bronze medal in the World U23 Road Race Championship 2011 on a windy but dry day in the northern suburbs of Copenhagen. The French team proved best motivated and organised with a dazzling one-two. Let's hope that Arnaud Demare doesn't go the way of so many French amateur and U23 champions in the past - big hype, big contract then a gradual slide in to obscurity.