The Manx native will compete as part of the six-man cycling road team. This serves as his first Commonwealth Games appearance. 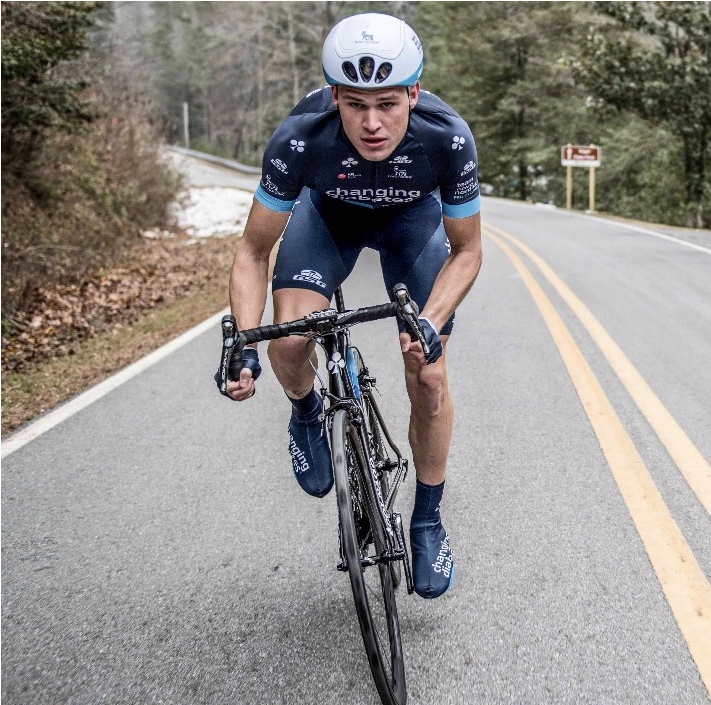 “Sam is an outstanding athlete and we’ve seen a tremendous growth in his endurance and abilities over the past year,”

“Since moving up to Team Novo Nordisk’s professional squad as a stagiaire, he’s put together some strong performances at the top level of the sport. We are proud to have one of our athletes compete at the Commonwealth Games and show the world what is possible with diabetes.”

Brand was diagnosed with type 1 diabetes at age 10. In 2013 and after qualifying to race at the International Triathlon Union’s World Championships, he gained the attention of Team Novo Nordisk and joined the program’s elite triathlon team the following season.

In 2015, he finished second in his age group at the British Triathlon Championships, a World Championship qualifier. Following this event and graduating university, Brand decided to focus exclusively on cycling and moved over to Team Novo Nordisk’s development squad for the 2016 season.

During the 2017 season, he earned three top 10 finishes, including two podium finishes before finishing the season as a stagiaire with the men’s professional team. The 2018 season will serve as his first full season in the professional peloton.

“Being selected is a true honor and a standout moment in my career. I feel like I’ve been aiming for this for some time,” said Brand. “Yet I realize that being named to the team is just the start of all the hard work. I’m looking forward to representing the Isle of Man and giving my all for our team at the Commonwealth Games.”

For more information, go to www.teamnovonordisk.com.

Dreams can come true. Ask Highlander Kyle Gordon. When we spoke to him last December, he'd turned in some nifty performances on the track over the winter - his dream was to make it to The Games. And he did...
Interviews

In 2017 he won eight British titles; with his KGF team he’s put together the most effective independent UCI Track World Cup squad there is and when Cycling Weekly want to speak to an ‘aero expert,’ he’s the man they go to. Dan Bigham has been a regular on VeloVeritas these last two years and we were pleased to see his selection for the Commonwealth Games.
Interviews

It was at the Berlin Six Day a few years ago that we first saw Neah Evans in action on the boards. She’s made a lot of progress since then and the 27 year-old was recently part of the successful GB team pursuit squad at the Manchester World Cup. High times we ‘had a word.’
Interviews

Continuing with our series of interviews with Scotland’s Commonwealth Games cycling medallists, VeloVeritas chats to Neah Evans who returned from the Gold Coast with two medals from the points and scratch races, despite illness prior to The Games. Although she prepared specifically for the track events she also rode the individual road time trial and road race. Despite this she brought home two top 10 finishes.
Interviews

The last time we spoke to 22 year-old Scotsman Mark Stewart he’d just ridden a cracking U23 Road Worlds in Bergen – cue total contrast from big blue skies, solitude, fjords and fresh air to The Kuipke with light about as artificial as you can get, wall to wall people, scary steep boards and the smell of burgers frying ... and Jupiler pils. Mark’s partner for the six nights of Europop and autograph requests was Worlds U23 road race fourth placed man and GB team mate, Ollie Woods. The interview was conducted in the authentic but cramped surroundings of his trackside cabin at the Kuipke.
Interviews

This 23 year-old is a force of nature and has to be one of our best medal hopes at the Commonwealth Games; she’s been rampant recently in the European Championships and World Cups; Ms. Katie Archibald recently kindly took time to speak to VeloVeritas about her autumn adventures and her future ambitions:

Welcome back, hopefully I’ll manage to keep this month’s blog post update reasonably brief for once as there’s no real drama to talk about. Instead, I’ve just had a solid month of pretty consistent training and racing, with one or two decent results thrown in for good measure. The form has been a little bit patchy, with a handful of days of slight fatigue balancing out periods where I had great legs, but on the whole it has been a relatively successful month.
Nuggets

‘I’m a Believer,’ a great song, the Monkees had the hit back in 1968. I used to be a ‘Believer’ and can remember the sense of relief when we discovered that Lance’s Tour ‘positive’ back in 1999 was all a big mistake; those tricky corticosteroids had been in a cream he used to treat a saddle sore and he had a TUE to cover it. What a relief.
Stories

The AIGCP (Association Internationnale des Groupes Cyclistes Professionnels), headed by Patrick Lefevere, formally complained to the Giro organisers today, regarding the hassle that pretty much everyone had in getting away from Sardinia, as Ed aluded to in his diary.
Interviews

Jörg Jaksche is an interesting man to talk to; a top rider in his day - until he was one of the relatively few actually punished as a result of being implicated in Operatión Puerto. But unlike most, Jaksche didn’t, ‘deny, deny, deny.’ He did the ‘right thing’ and ‘fessed up’ – but the UCI twisted his words and to the teams he was a pariah.
Interviews

Soigneurs; they shouldn’t be too young – they have to have lived a bit; they should be mysterious; surrounded by an aura of camphor and early season changing rooms; of few, gruff words; have hands like shovels... but blonde, cute, smiling, chatty, cheerful, Californian – and a woman? That was – and is – Ms. Shelley Verses, the first female to break into the closed world of pro cycling as a soigneur with Motorola, La Vie Claire, Toshiba and TVM.

The VV View: The USADA Reasoned Decision Should Be the Start, Not the End