John Archibald has ‘done the business’ when it comes to qualifying for the individual pursuit at the Commonwealth Games on the Gold Coast, Australia come the spring.

But Scotland has another young man chasing qualification for those lung shredding four kilometres, Mr. Kyle Gordon; we had a word with him after his recent adventures in Europe.

Tell us a little about yourself Kyle; age, from, how you got into the bike?

“I’m born and bred in the Highlands; I’m from just outside a town called Alness.

“A great place to live as there is no shortage off decent quiet roads to train on.

“I’ve been working off-shore for the past six-and-a-half years; great job, yes, but it can be challenging keeping the training sessions going – especially after doing 12-14 hour night shifts!

“It was my Dad who got me into cycling, he was a mountain biker so I wanted to be one too.

“He helped me get my first decent mountain bike in 2002 which I had to work off by doing jobs around the house.

“I was basically his slave for 18 months and he definitely got his money’s worth!

“I started competitive cycling in 2003 on the Scottish cross country scene and also racing in Enduro 10, 12 & 24 hour events.

“I borrowed my mate’s road bike for a bit of cross training and fell in love with the road in 2007 and never looked back.

“I didn’t get into the Track until 2014 where I did the British Champs, Individual and Team pursuit, and didn’t touch it again until 2016.”

What have been your best results up ’til now?

“This year, 2017 has been my best season so far. I’ve finished in the top five in Scottish Time Trial Championship events against the strongest field I’ve seen in years.

“Racing against these talented riders just gives me the hunger to train harder.

“I secured a silver medal in the Individual Pursuit in the 2017 Scottish track champs with a 4:29 in the qualifier and then 4:31 in the final.

“I’m just back from racing the individual pursuit in Portugal and Switzerland in UCI Class C1 events; finishing eighth in Portugal with a 4:31 and sixth in Switzerland with 4:23.

“Although I haven’t had the greatest results on paper I’ve hit every goal I set out to do which makes me very content.

What made you decide to go full time?

“With the 2018 Commonwealth Games approaching it was in the back of my mind for most of the year to give up work for the time being and go full-time to see if I can make qualification and get on the Scottish Cycling endurance squad.

“There are two very influential people who are involved.

“The mastermind is Peter Ettles, who’s my coach, and my great friend Sandy Wallace; they both gave me the confidence to go ahead with it.”

How did the ride in the Trofeu International De Anadia track meeting in Portugal come about?

“I’ve been attending the Scottish Cycling training sessions as a guest and Scottish Cycling coach Mark McKay gave me the heads up that he was going over with a few riders to compete and suggested I join them.”

“I’ve only ever raced on two tracks, Glasgow and Manchester, so I’m a bit of a novice at identifying what’s a good track and what’s not…

“However, I immediately noticed the different style of boards they were much narrower than the boards at home along with the long bends and short straights.

“I had heard mixed reports about how quick the track was there before going.

“We got on for a test run the day before to get a feel for it.”

“I went off too hard in the first kilometre and it came back to bite me as I watched my lap times slip away from the schedule which is heart breaking as there was nothing I could do apart from hang on.”

Tell us about your bike set up – wheels, tyres, gearing…

“I spent some time surfing the net on what bike and equipment to go for and settled with a Cervelo T4.

“It has Walker Brothers Ethereal Endurance disc wheels with 23mm Vitoria Pista Speed on the rear and a Silk Dugast on the front, 3T Revo bars with the cool reverse grip, Ridea aero 170mm crank set, and waxed chain.

“Yeah, very happy as it was my first time ever doing a kilo and I entered last minute, definitely something I will work on to improve.”

Tell us about the Stadt Grenchen event in Switzerland you travelled to after Portugal.

“Grenchen was amazing; the whole set up was so cool it was very professional.

“They obviously invested a lot of money into the event they had TV cameras, hospitality, cool rider chill out zones, freebies which we all love and a good crowd of spectators too.

“The track was back to the normal sized boards and the straights slightly longer than Portugal but I don’t think by much.

“We got on for a test run the day before and it felt great.”

“Thanks, I knew I had to nail this ride as I am running out of time to do the qualification (for the Commonwealth Games, ed.). I was on strict orders from Peter and Mark to not get carried away in the first half.

Was the bike set up the same?

“No, after Portugal I sat down and tried to work out where and what I was doing wrong, as in training the power has been there to do the time.

“I made the decision to go up to 104.2” – 54 x 14 and also widened my extensions slightly to give me a little more stability on the front end.

“I’m glad the decision paid off.”

Does that time get you a ticket to the Gold Coast?

“Sadly not, Sub 4:25 has to be done a minimum of twice before I can then apply, so hopefully I’ll go even faster in the British Champs.”

What now, training and event-wise?

“I’m going to keep on pressing forward, it would be great to celebrate a PB but with the British Champs in four weeks there’s no time for that.”

“Hopefully selection for the Scottish Cycling Commonwealth Games Squad being number one priority.

“I’ll need to plan my Time Trial season which will start in March, there’s also been something on the back burner for the last couple of  years – going for the Scottish hour record which will now be indoors, is on my list; when, I’m not sure, but it’s definitely right up my street.”

Great to see how the Glasgow Velodrome has been instrumental in moving the Scottish track scene forward, long may it continue and let’s hope Kyle gets in another sub-4:25 ride in Manchester come the British Championships. 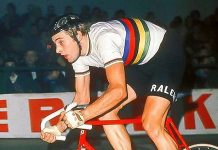 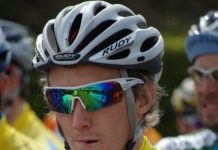 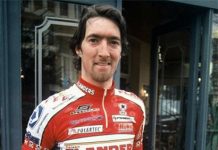 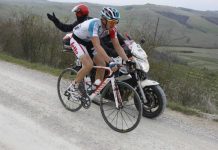 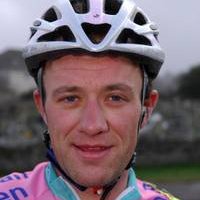 Interviews March 9, 2008
Wick's Evan Oliphant carried on for his Plowman Craven team where Tony Gibb left off at last week's Eddie Soens' Memorial Race, by winning the second stage of the Bikeline two day in North Wales yesterday, and finishing up the two-day race in second overall today. The man in pink and blue won the stage yesterday despite the presence of three of the Rapha team in the finale. VeloVeritas spoke to Evan shortly after his win, and again today once the race was finished. 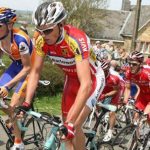 Interviews January 21, 2009
At the start of the 2008 season we hadn't heard of Chris Froome, but all of a sudden his name was everywhere-including le Tour. We thought we'd better have a word with the man who has to go training at 5.00am to beat the Johannesburg traffic. 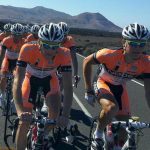 Node 4 Pro James Moss' Blog February 8, 2012
For those of you who don't know me - and I imagine that is most of you - my name is James Moss and I am about to begin my third season as a full time professional. After two enjoyable seasons riding for Endura Racing, I am pleased to say that this year I will be pinning numbers onto the jersey of a new team, Node 4 - Giordana Pro Cycling. Here's my new James Moss Blog.