Home Interviews Dave Gardiner – a trip down Memory Lane with the 1960’s Kirkcaldy...

It was 1971 when I first joined a cycling club; Kirkcaldy & District CC with their red, yellow and black strip. One of the coolest guys in the club was Dave Gardiner, a signwriter to trade so whilst we rode somewhat mundane Mercians, Robertsons, Andy McNeils and Flying Scots his bike would be liveried up in proper red and white Faema trim, a la Merckx, right down to the little Duomo motif on the head tube.

Dave was a hill climber of note, winning the Scottish Championships in 1968.

And he drove a white Ford Zodiac – my dad had a Morris Traveller ‘woodie’ complete with healthy fungal growth on the inner timber framing – so Davie’s Zodiac was regarded by us youngsters with some awe.

I never really got to know him because he immigrated to Australia that year but due to the wonders of social media Dave and I have picked up our relationship after some 46 years.

Barry (Ned) Carnegie sees Dave safely round the turn in a ‘25’ on the old Perth-Dundee course.

‘Ned’ stalks FaceBook and is still getting out on the bike at an age he wouldn’t want us to divulge.

Barry would claim Dave’s Scottish hill climb title in 1969; Dave is in the colours here of Kennoway Road Club.

Dave’s first club was the Kirkcaldy Clarion in 1963 before helping to found the Kirkcaldy YMCA club in 1964, that lasted but one year and he was with Kennoway Road club with their cool Italianate red, white and green strip for the rest of the 1960’s before joining the Kirkcaldy and District club.

Dave leads a group on the Stow climb in the Comet Grand Prix.

To his left is the late Big John ‘Clanky’ Clark with the eventual winner of the race, Hector McKenzie on his wheel.

McKenzie was a little before my time but his legend precedes him – a ‘grey man’ he was not!

Dave is on the left; in the middle is Andy Henderson who was a fast finisher and took medals in the Scottish Sprint Championships; on the right is Derek Gough a fast pedalling schoolboy and junior protégé who never realised his potential.

Dave tells us this is in winning action on Sheriffmuir in the 1968 Championships but the presence of a bottle cage and pump rather make us think it’s a road race picture from his Kennoway days.

Dave on the left in this one as runner-up to 1967 Hill Climb Champion, Albert McLennan with the late Norrie Kidd the bronze medallist on the right.

McLennan dominated hill climbs in the mid 60’s and would come back to win the 12 hour championship in 1980; I know this because it was me he beat into second place that day!

Here Dave asks Albert for the secret of his hill climb supremacy; but the Glasgow man doesn’t look to be giving much away.

Kirkcaldy YMCA 1964 with Dave front left, centre is Phil Templeton who won the Scottish BAR title in my first season of racing, 1971.

On the front right is former Scottish 12 hour champion, Sandy Wallace who’s still turning the pedals in anger albeit he had a bad accident this year from which we hope he has recovered.

We’re a tad shakier on the back row, Dave reckons Dave Lauter on the left and ‘?’ on the right.

The Kirkcaldy YMCA strip was cool, borrowed from the St. Raphael team.

Another team shot, Dave on the left and Phil Templeton on the right frame Chesterfield Couriers rider, Jeff Marples who as an RAF man was stationed at RAF Leuchars and joined the Kennoway.

Dave reckons the shot was taken at the top of the Glentarkie climb and; ‘they had just won something!’

This looks more like Dave winning on Sheriffmir to us; fixed wheel, Weinmann 500 front brake, sockless shoes and bars set high in the hill climbing style of the times.

And here he is with the spoils of war; the frame is a ‘Milano’ – which our man Viktor believes was an Andy McNeil built marque?

Dave here with former 12 hour and BAR ‘Big Jock’ Ritchie who had won the now defunct but once very popular Perth to Dundee place to place time trial and Lilias Stewart, who was ‘best lady’ in the ‘Dundee Time Trial Weekend’ in which Dave won the hill climb up Dundee Law.

He was a versatile boy was Dave – here he is winning the cyclo-cross at Thornton which was routes around the very glamorous Thornton pit bing parcours.

And on the subject of versatility, here he is in the early light of Scotland’s first and last 24 hour time trial, note the rear light.

If proof was needed then here it is, the finishing sheet showing the then 22 year-old’s mileage as a very respectable 437 miles behind winner George Berwick’s 448 miles.

But we’d love to know more about M.G. Burn ‘unorthodox’ entry onto the finish circuit…

We believe it was the lure of the big money prizes which attracted Dave to the race; he took home six pounds and one shilling for his 24 hours of effort (sorry, I’ve forgotten how to write amounts of old money).

And to close a picture of Dave cornering his Cinelli at the splendidly named Puddledub road end in the YMCA Road race.

We hope you enjoyed our wander down memory lane – Dave is on FaceBook and a member of Harry Tweed’s ‘All Bikes Scotland’ group, why not drop him a message? 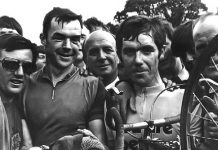 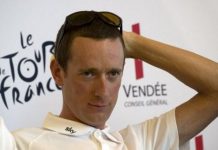 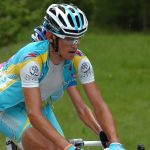 Race Reviews May 25, 2012
Joaquin Rodriguez sums it all up, neatly. It was an epic stage to Alpe di Pampeago... A courageous but ultimately doomed breakaway (just don’t tell Vik I said that, Sandy Casar is number three on his hate list behind Moncoutie and Dumoulin). 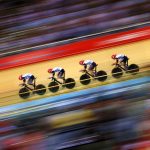 Eurosport Commentator Tony Gibb's Blog August 3, 2012
Well no rubbish today about my trip to the track or my run in with a black cab driver, today is simply about the bike riding. 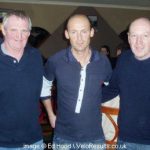