Jacob Vaughan is arguably the most successful of the Dave Rayner Fund intake of ’17 with his move this year to the Lotto-Soudal U23 team. A solid first year U23 last season was capped with an excellent win in the Guido Reybrouck Classic.

We caught up with him prior to his first big get together with the team:

The Rayner Fund – what does it mean to you?

“The Fund is vital for me to be able to live my dream; I couldn’t do without all the support they are giving me this season and so many other young riders this season.

“I’m honoured to be supported by them.”

Tell us about your training, do you have a coach – what’s the philosophy?

“I’m coached by Chris at Trainsharp, they look after me very well.

“My philosophy is winter miles make summer smiles but Trainsharp make sure I’m getting specific efforts in and help me control my training to ensure I don’t get ill.”

Tell us how you got the Lotto ride?

“I was talking to them from the end of June and I got a call straight after the World Road Race championships.

“I think I got it through a mixture of results in Belgium this year and also their previous experience with English riders like James Shaw and Dan Mclay, who were also DRF riders a few years ago.”

Who’ll be your DS at Lotto and have the team given you an indication of how they wish you to prepare over the winter?

“At Lotto they believe in letting you have you your own coach and they want us to be in the best condition we can be ahead of the season.”

When do you get your team bike and clothing?

“I’ve got a small amount of kit but I will pick up everything when I meet the team at the training camp along with the bike, a Ridley Fenix.”

When’s the first team get together?

“I had a met the team at a fitting day and photoshoot in December but we have a two week training camp in Spain at the start of February.”

Do you know what your 2018 programme is going to look like?

“The programme for the team is brilliant and probably the best you can get for U23, I will race for the team in the races I get selected for and will fill the rest of my season up with kermises and a couple of British races.”

Where will you be based in Belgium – how about the day to day stuff, the cooking, washing and cleaning?

“I will be based in Olen and will be looking after myself, I’ve started to do more at home to try and become more independent, as well as living in Spain on my own training this month, so that has been good preparation.”

You had a pretty cosmopolitan year in 2017, Belgium, France, Germany, The Netherlands – where did you enjoy racing the most and why?

“Season 2017 was brilliant with everywhere I got to go. My favourite place was Norway at the World Champs as it was a country with beautiful scenery, and the crowds were fantastic.

“However, my heart lies in Belgium for racing and I love it there.

“The cobbles and the Bergs suit my style of racing and I love a good prime!”The only bad thing can be the weather…”

You were second in your first senior race, the famous Perfs Pedal Race – tell us about that one.

“It was a shock to me, I knew what I had to do to make the break and I’m glad I had good legs there.

“It was a really tough race with it being so short meant it was full gas all day.

“I got away with three other riders and I couldn’t quite get the better of Chris Opie in the sprint, nevertheless I was happy with the result.”

Winning the Guido Reybrouck Classic in Belgium – nice job, how did that one pan out?

“In the end I had good form but still didn’t feel 100%, so I conserved as much energy as possible.

“I attacked with about 20k to go and bridged to the breakaway with 10k to go. Then with three K to go I attacked into some crosswinds (there was still two riders up the road), I bridged to the first rider with two K to go and we just about got up to the leader with 200 metres to go when it hit cobbles.

“I stayed on the front and went as hard as I could in the saddle to get the most power out, as I didn’t want to risk getting out of the saddle on the cobbles.

“I expected the other rider was going to come round me but he tried to get out the saddle and his bike was all over the place.”

Tell us about The Bergen Worlds where you finished 36th after supporting your teammates; content with your ride or disappointed?

“I was happy with my ride – I think on paper it doesn’t look brilliant but I carried out the job I had within the team and I really enjoyed the race in a weird, painful way.”

“I love the Belgium classics, so a race with cobbles, crosswinds and some short punchy climbs.”

Which of your rides in 2017 gave you most satisfaction?

“It has to be Guido Reybrouck as this really meant a lot to me and gave me so much confidence for the rest of the year.

“It had been one of my goals at the start of the season to win a UCI race so I was really happy to be able to do it.”

“Season 2018 is predominantly about learning the ropes, as it will be my first time in a proper team set up.

“But I hope along with that I pick up some good results and maybe even a win.

“It’s hard to say at the minute as I will be racing riders who are about to go pro to World Tour teams, and as a first year I expect it to be tough racing.” 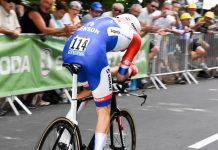 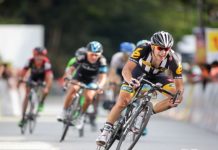 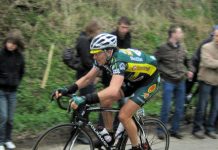 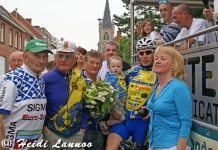 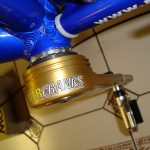 Interviews January 22, 2009
He's a part of triathlon history and has contributed back to the sport he loves in many ways. Frank Day is the inventor of PowerCranks, one of the most effective ways to improve your cycling efficiency, with dividends paid off in the form of faster cycling and running times. 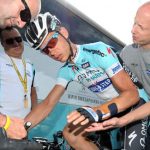 Ex-Garmin Physio Toby Watson's Blog July 10, 2012
Holy crap. Brad Wiggins has just shredded the Tour to pieces. In the first time trial of the race he has put himself close to two minutes in front of his nearest rival, Cadel Evans. After that is his own lieutenant, Chris Froome, then Italy’s Vincenzo Nibali. 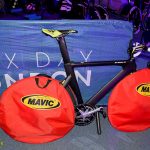 Six Days October 24, 2015
Second place finishers and race revelations Chris Latham and Ollie Woods are both products of the British Cycling ‘system’. There were a number of factors which contributed to their result – they’re familiar with the venue and the track is big, fast and non technical unlike Gent and Bremen which take a bit of getting used to.