Now that Cycling Weekly isn’t the ‘weekly bible’ of the sport it once was for most of us, it may have passed you by that British competition record for 50 miles has fallen to Paul Hart (Southend Wheelers) with a stunning 1:34:37 earlier in May on the e2 50 c course in Cambridgeshire.

But only another year before BBAR King, Ian Cammish broke the mythical 1:40 barrier with 1:39:51.

It was a decade before Scotland’s maverick genius, Graeme Obree took that down to 1:39:01 to win the national title at the distance and destroy a field containing Britain’s finest roadmen/testers – and he’d broken the ’10’ record the day before on a tough course.

Kevin Dawson recorded 1:38:34 three years later but the redoutable Andy Wilkinson took that down to 1:37:26 later in the year.

Great ride, Paul; tell us a little about yourself please – age? family? profession? how long have you been racing?

“I’m director of a steel company.

“I raced bikes from aged four through to 15. (BMX/mountain bikes initially then crit racing and TT’s)

“I quit to be an average football player! ( which is a big regret).

“I stopped playing football in my early thirties.

“I spent three years being a triathlete, and the last two years concentrated on cycling.

I have road raced a fair bit, and done a few TT,s.

“”Last year I decided to concentrate on time trialling.”

“I’m stronger than last year, I’m still improving, but most of that difference is aerodynamics (and better weather conditions).

“I’m racing the ECCA 25 champs this Sunday so I hope to update my pb!”

“I didn’t even take any nutrition and died a million deaths towards the end.”

“The E2 is a very fast dual carriageway but its very weather dependent.

“Driving to the event it was heavy rain and I was questioning why I was even bothering spending an afternoon away from my family to do this.

“Even during the warm up it was raining, but there was zero wind.

“I literally didn’t feel any wind the whole race.”

What was your expectation going in to the race – and when did you realise the record was ‘on’?

“I was confident I could achieve those times.

“I knew it was a fast day very early.

“The weather forecast was for a five mph wind.

“The first four miles were into this five mph headwind, so in theory this would be the slowest I would ride.

“I averaged 31.8mph to this roundabout at my target power.

“I had no idea what the comp record was though, I just knew I was going faster than my 1:36 target.”

“I rode to power.

“I reduced this to 333 during the ride because the average speed was so high I didn’t want to ruin the chance of a fast ride and blow up.”

Is a faster ride possible for you?

“I also have an Aerocoach session booked for next week so hoping to improve.

“I’m also just starting this time trialling journey; I’m no way near my potential yet.”

Prior to this one, which ride gave you most satisfaction?

“My best rides have been road races.

“I don’t have any TTs that I feel I have raced that well.

“The National 25 last year was a fairly decent TT for me.

“I only came 29th, but my daughter was two months old, I’d had no sleep and consequently training was poor leading into it.

“I was just proud how I executed my race and delivered a half decent power.”

You don’t actually seem to race that often?

“My family is my priority. I race a couple of times a month, some of those are club events, I just prefer the atmosphere of club events.”

Do you have a coach – what’s your training philosophy?

“Yes I have a brilliant coach, David Butler at Next Level Cycle Coaching.

“I’m your typical time crunched athlete, so my training is high intensity.

“I also love the turbo.”

I believe you spent the winter working on your position, getting more ‘aero’ and getting your clothing ‘sorted’ too – tell us about the improvements please.

“I hadn’t given aerodynamics any real thought before the Nat 25 last year.

“Yes I had a skinsuit, overshoes etc, but my position was all about delivering power.

“I had my eyes opened by just how much time I was beaten by.

“I therefore starting looking into aerodynamics. It’s a huge world I was blissfully unaware of.

“I started from scratch.

Tell us about your bike – frame, wheels, tyres, gearing – are you into over size jockey wheels, ceramic bearing and waxed chain territory yet?

“I have the Trek Speed Concept.

“The Trek has the lowest bottom bracket drop which is why I bought it.

“I run Hed jet 9 front wheel which is much faster than my Zipp 808.

“The comp record of 3:16 is amazing, but it’s possible if all the stars align.

“The ’10’ and ’25’ are only available to superstar full timers, and as soon as Bialoblocki attempts a fast ’50’ that will be the same.

“Let’s hope he doesn’t go for the ‘100’ and leaves that record for us weekend warriors to dream of.

“My Dad who was a cyclist used to love the BBAR, so one day I would love to go for it, but with two young children, I’m currently not prepared to do regular five hour training rides away from them, so that will have to wait.”

We believe Marcin Bialoblocki will be riding ’50’ soon – Paul will be hoping for gale force winds and a DNS that day. 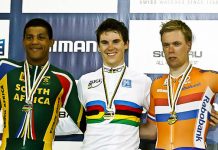 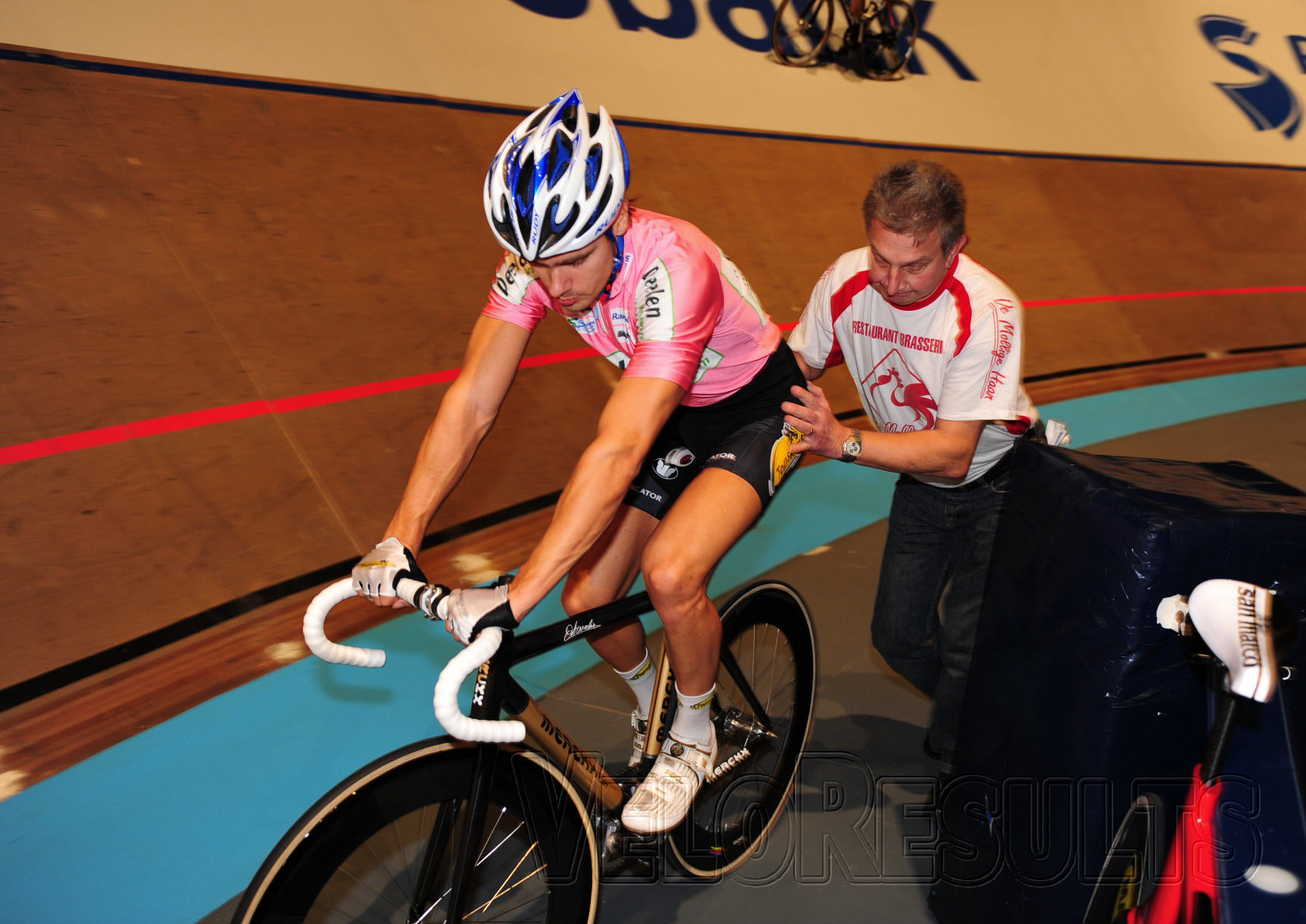 Interviews June 5, 2012
It was way back in 1999 when Marco Pinotti signed his first pro contract, with Lampre Daikin. The Italian team is still with us – and so is the time trial specialist from Bergamo. 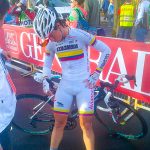