Home Interviews Catriona MacGillivray – Taking Each Race as it Comes

It almost goes without saying that Catriona’s RT23 team mate, Kyle Gordon won the men’s race with a rapid 1:43:22 ride – but for once the flyer from Alness had to play second fiddle to a club mate…

Her ride confirms that ladies time trialling in Scotland is no longer ‘Cinderella;’ the times recorded these days by the best girls would have won the men’s titles well within my memory span.

VeloVeritas caught up with the ‘woman of the moment’ a day or two after her memorable performance.

Congratulations, Catriona. The basics first please; how old are you, where are you from, what do you do for a living and how did you get into cycling?

“I’m 33 years-old, from Oban and work with the family business just outside Oban.

“Ewen, my husband bought a road bike back in 2014 and I caught the bug from him.

“It was a hobby that we started together, we both entered our first time trial in 2015.”

Was the record in your mind before the race?

“With 50 miles being my favourite distance, it was always something I had my eye on.

“However, it was my first 50 mile time trial since 2017 so I wasn’t sure how my form and fitness would be over that distance.

“I knew it was going to be tough time to beat.”

What sort of a morning was it?

“As far as conditions go for the North of Scotland it was pretty good.

“It was dry and cool, with a little wind at the start, although the wind did get up slightly as the race went on.”

When did you realise you were on a record ride?

“I knew what my average speed needed to be for the record to be broken and I was slightly above this at the last turn with around 15 miles to go.

“However, those last 15 miles were into a head wind so I knew I had to push hard to hold that average and not drop too much speed.”

How did you pace judge – are we allowed to ask about your average watts?

“Since I started back racing, I have being riding on feel instead of riding to power.

“For this particular ride I was chasing an average speed.”

What was your best ’25’ time before the National?

“I rode at Westferry, the CTT regional champs two weekends before the Scottish National and recorded a personal best of 56.42.

You did 55:02 at Forfar to win the National, just 10 seconds off comp, record – you must be thinking about that?

“I didn’t realise how close I was to that record until after the prize giving.

“I haven’t got any more 25 mile time trials planned for the rest of the season.”

The National ’50’ championship is on the same course that you broke the record on – that must be a goal?

“Yes that’s my next target for this season; 50 miles is my favourite distance.”

And the championship ‘100’ is up at Invergordon too…

How do fit in being a mum and training to time trial at the highest level?

“I am limited to around five hours training each week so I know every session has to count; I try to get as much out of each session as I can.

“I am lucky to have the support from my husband and our family – without their help it wouldn’t be possible to get any training time. Another reason that each session has to count!”

“Yes since getting back on the bike in November I have been coached by Dan Barnett.

“The training mantra is very much “quality over quantity.”

“Every day is different with a young baby and sleep deprivation is a real thing!

“Dan has been great at adapting my training to suit the challenges of family life.”

Any ambitions to emulate Kyle, on the track?

“I did completed my accreditation about two-and-a-half years ago but haven’t managed to make it back since.

“It is a 200 mile round trip to the Sir Chris Hoy velodrome so finding the time is nigh-on impossible.”

What’s still on the “to do list” for you?

“I’m just taking each race as it comes.

“Getting family time is a priority; Charlotte is growing up so quickly and I don’t want cycling to take over (which it so easily can).

“At the moment I am enjoying getting to some races and riding my bike.

“I am not making any long term goals, just making the most of the time I get on the bike.”

With thanks to Catriona for her time; VeloVeritas will be at the ‘50’ championships in July to see if she can make it the ‘double.’ 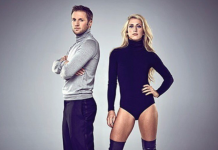 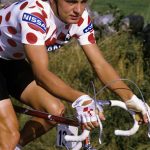 Interviews November 15, 2006
Here’s a question for you; “How many British riders have won a three-week continental stage race?” Here’s a clue: the answer isn’t “none”. In 1988, 23 year-old Cayn Theakston from Worcester who never had a day’s coaching in his life, fought and won in one of the toughest arenas in Europe to claim the 19-stage Volta a Portugal, overcoming crashes, mountains, horrendous roads and even combines within his own team to record a win which is remembered in Portugal to this day.

Hugh Carthy – Ninth and Best Young Rider in Catalunya; “It was a real...

Interviews April 3, 2016
Hugh Carthy took his finest results yet, winning the Young Rider classification ahead of Cannondale’s Davide Formolo (already a Giro stage winner) in the Volta Ciclista Catalunya and finishing ninth overall in a field which would have done justice to any Grand Tour, including riders of the quality of Nairo Quintana, Alberto Contador, Dan Martin, Richie Porte and Romain Bardet. 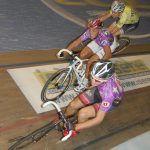 Diaries October 29, 2011
Grenoble Six Days 2011... One day, I'd like to come here and sit at one of the big tables with friends and family, watch the cabaret, and the racing, chat, eat and drink too much. It's good value at 63 euros per head: that gets you in, allows you to attack the beautiful buffet and provides you a bottle of wine, mineral water and a coffee as you watch the racing and the cabaret - one day...