Ronie has appeared before in the pages of VeloVeritas in his own right – and his bar, which is a stone’s throw from the Kuipke Velodrome, was in full ‘Omloop mode’ with pictures of previous winners adorning the walls.

We particularly liked the one of Ireland’s late, great Shay Elliott from 1959 when he became the first English speaker to win the race – we waited a long time until Ian Stannard became the second in 2014.

We had a chat with Ronie who told us that Iljo reckons GVA is the man for tomorrow.

But we only imbibed a couple of pils at De Karper, our favourite haunt is just along the road.

“Open up your eyes, then you’ll realise here, I stand with my everlasting love,” the Love Affair’s timeless classic from 1967 is just one of the top tunes the Vivaldi’s juke box gifted us as the Jupiler flowed.

Since the race went World Tour the Het Nieuwsblad start just isn’t the same; the buses used to line up in the street, you could look at the bikes right until start time and brush shoulders with the riders as they pedalled to the sign-on.

Not now, whilst some of the buses park up outside, the majority park in the huge 30’s exhibition hall adjacent to the Kuipke Velodrome in Ghent.

VeloVeritas sage and soothsayer, Viktor refuses to attend; ‘all too glitzy now for me,’ he says.

In the hall it’s hard to get near the bikes due to the way the busses are parked close to each other and the crush of people, whilst the air is heavy with diesel exhaust fumes.

The riders get presented in the velodrome and there are ‘janitors’ everywhere to prevent you from getting too close to the riders.

I opted to position myself outside at the end of the fenced ‘runway’ from the presentation to the buses outside.

Fortunately for me, eventual winner, big Jasper Stuyven was one of the riders I got a nice clear shot of. He was looking sharp.

He’s a nice guy, we interviewed him four years back at le Tour and found him to be a grounded, simpatico rider.

And at the end of this day he would join the likes of Nick Nuyens, Peter Van Petegem, Johan Museeuw, Jan Raas and Roger de Vlaeminck as one of only nine men in history to win both race of the ‘Opening Weekend,’ no one has ever won both in the same year and it’s one of a few feats in the sport to elude Eddy Merckx who ‘only’ won Het Volk.

Team mate, world junior road race champion in Harrogate, Quinn Simmons is well on with his ‘Wild Man of Borneo’ look though.

We left the janitors behind and headed off to our first vantage point just as three times winner in the past, Peter Van Petegem – aka ‘De Pete’ – strode purposefully into view.

Oombergen, 16 K in and it’s windy, very windy, with rain blowing through; five are clear – two Movistars – Jurgen Roelandts must be feeling fresh – an Astana, a Wallonia-Bruxelles and an Alpecin.

There’s a lone Cofidis, Kenneth Vanbilsen, at 1’30” (he was destined to DNF), and the huge, verbal, relaxed peloton at around three minutes.

Next up we’re just past the top of the Leberg, first climb of the day, 42 K in and the rain has stopped playing at it; horizontal, searing, stinging your face.

The break scurries by with a five minute plus lead, Movistar’s US import, Matteo Jorgensen leads them out of the corner on what’s developing into one horrible day.

Trek lead the chase – no chat or laughter in the stretched peloton now – with their young team helper braving the rain to pass bottles up.

The village of Mater, which is on the parcours but we’ve got our navigation wrong…

Still, we catch the ladies’ race; a big peloton is huddled together for warmth but there are groups behind – and groups well behind.

We give ourselves a shake and get back on track.

The top of the Valkenburg climb, with 66 K to go and the five escapees are history and a new band of desperadoes has slipped the clutches of a grime-coated peloton which is again stretched.

There are maybe eight in the break including two Deceunincks; Lampaert and that beast of a man, Tim Declerq. A fan points to Stuyven (#16) in the break.

Neither is it a good day for previous winners Sep Vanmarcke (EF & Belgium) or ‘Stybie’ (Deceuninck & Czech).

Many of those guys at the back just aren’t going to see the front again.

We jump in the car, glad of the warmth; that wind is icy and has proved too much for some.

The end of the ‘big dipper’ Haaghoek cobbles where they dive left and into the Leberg, the ninth climb of the day with 35 K to run.

Burgers in our paws we march down to our vantage point past more of the casualties of war.

Declerq drives but Big Jasper is looking mean and we reckon it’ll be between him and Lampaert because we don’t think this break is coming back.

And that’s despite the presence of pre-race favourites like Oliver Naesen (AG2R & Belgium), Stefan Kung (Groupama-FDJ) and Big Sep in the chase group.

An enterprising chap has set up a TV in his van, we catch a glimpse of the break speeding towards the twin horrors of the Kapelmuur and Bosberg, respectively the 12th and 13th ‘hellingen’ of the day.

However, we’ll be at neither, to get a good vantage point one would have to be there hours in advance then be trapped by the traffic trying to ‘escape.’

Instead we head for our trusty bar, t’Gaaike, the big screen TV and possibly the worst coffee in Europe.

As we expected, after the Muur it’s a Lampaert v. Stuyven show down with young Dane, Soren Kragh Andersen (Sunweb) on their coattails – ‘til they shake him off on the run in.

The sprint was a formality for big Stuyven; and there’s nothing the Monday morning papers like more than a Belgian winner.

A Belgian hard man one-two with Deceuninck on the podium, not a bad day – once we dried out that is. 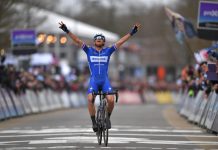 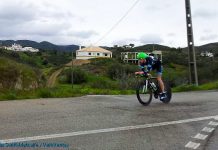 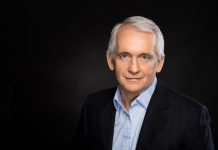 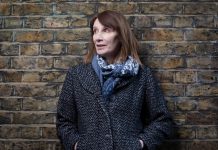 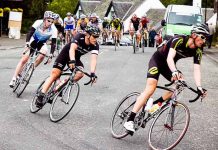 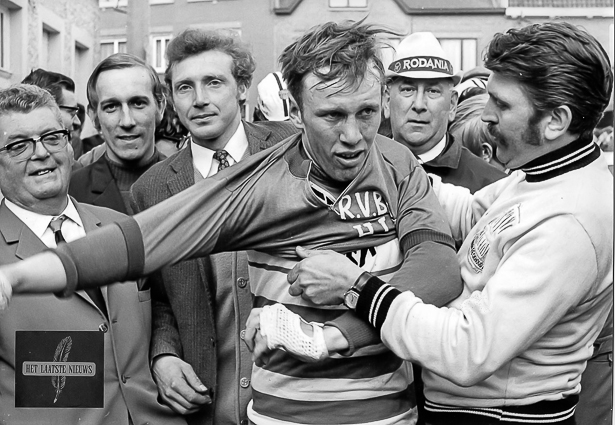 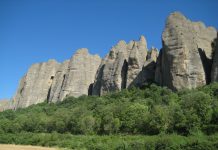 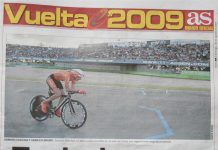 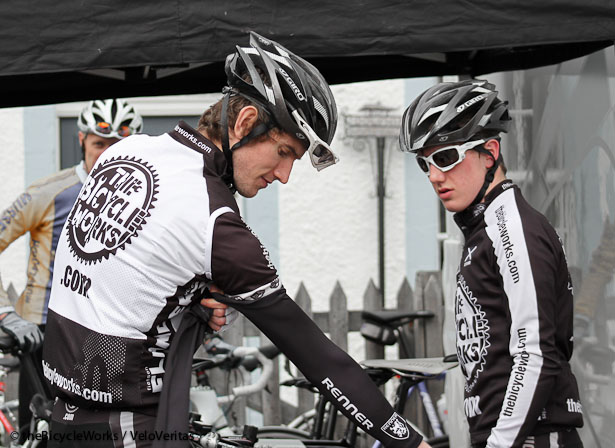 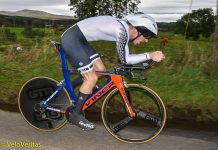 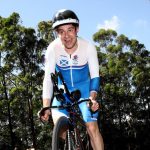 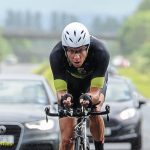 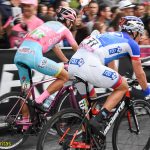 Diaries May 29, 2016
Kruijswijk's crash, would you have waited? Wee Esteban says: "I’m very sorry for the crash of Steven (Kruijswijk), unfortunately it’s a part of bike racing and he was unlucky today." Either way, it was a horrible crash - the Dutchman seemed paralysed with fear, it didn't look like he even tried to steer round that bend. Ed rounds up the last three stages roadside.