Brandon McNulty is another of those ‘Young Americans’ along with Ian Garrison and Quinn Simmons who have stepped up to World Tour for 2020, Garrison with Deceuninck; Simmons with Trek and McNulty with UAE-Team Emirates.

The just-turned 22 years-old McNulty first pops up on the palmarès sites in 2015 with a stage win and the overall in the Junior ‘Peace Race’ in Germany, a stage and fourth on GC in the Driedaagse van Axel in the Netherlands, two stages and second on GC in the Tour de l’Abitibi [the ‘Junior Tour de France’] in Canada, a win in the US Junior Time Trial Nationals and a bronze medal behind Germany’s Leo Appelt in the World Junior Time Trial Championship. A year later he’d defended his US Junior TT jersey, moved up to the top of the World Junior TT podium, taken the overall and a stage in Abitibi as well as doing the same double in the prestigious Trofeo Karlsberg in Germany.

For 2017 he signed with US Pro Continental team Rally where he would remain for three seasons. That year he won stages in the Valley of the Sun and Nature Valley races in the US, took the US National u23 TT title, finished third on GC in the Tour Alsace and second in the Worlds u23 TT behind the seemingly impregnable Mikkel Bjerg of Denmark – who’s now a team mate on UAE-Team Emirates.

This year with UAE-Team Emirates he got off to an excellent start with fourth on GC in the Tour of San Juan and top 10 on GC in the Ruta del Sol.

Are you locked down in Girona; what are you doing to ward off cabin fever?

“I was lucky to have been able to get back to the US before things stared to get really bad, so I’m at home with my family and girlfriend.

“We are still allowed to be outside so life isn’t too drastically different yet aside from not going to restaurants or doing a coffee shop ride!”

What sort of training are you doing – are you on Zwift?

“With so much uncertainty in the race schedule, I’ve been just been trying to have fun riding will still keeping some fitness.

“I’ve been on the mountain bike a lot too.

“It’s important to keep some fitness but also keep the body and mind stress free with the possibility of racing extending into November.”

Do you have a coach or is that with the team now, what advice is coming?

“Yes, my coach is with the team, Iñigo San Milan.

“He’s mainly advised me to mostly just enjoy being able to ride outside and not worry about so much structured trainings for the moment.”

How are you remaining positive?

“Right now I am good. I’m with my family and girlfriend and everyone is still healthy.”

Do you have a UAE WhatsApp or similar groups so you can all keep each other’s heads right?

“Yes, there’s a group with all the riders and staff that’s been quite active, usually while I’m still asleep though as I’m nine hours behind here in the US!”

The Rally team – that was a good programme they had, how well did it prepare you for World Tour life?

“Rally was able to give me a mix of races that were at my level, along with a good amount of racing with World Tour teams to give me a taste of what was ahead.”

Svein Tuft was on Rally too; you must have a ‘Svein story’ or two?

“For sure, Svein is a legend and it was great to have him around.

“He had a huge wealth of knowledge and experience and the team always races best when he was there.”

Your win in Sicily, the offers from teams must have started in earnest after that – why chose UAE?

“I had been in contact with Matxin, who’s on the management team, for a few years, and it was definitely impressive seeing the way the young riders on the team performed in 2019, so to me it was the most exciting opportunity to be part of a growing team.”

Tell us about your winter preparation.

“I’m fortunate enough to live in sunny Phoenix, Arizona in the winter where the weather is perfect so I’m able to get a lot of really solid base training in which allows me to be in good form early in the year.

“It was also my first winter with a new coach so I was adapting to the new load of training.”

The year started well for you with good results in San Juan and the Ruta – your thoughts on those races?

“Yes, I was racing at my best ever self, especially at Ruta, so it’s a bummer that the season had to come to a pause.”

Before the crisis hit how did your programme look?

“I was scheduled for Paris-Nice, a return to Sicily and then the Ardennes races.”

How are you getting along with Sen. Colnago’s creations?

“I’m really enjoying the bike. It climbs very well, is stiff and handles well on the descents too.”

“For sure there is a huge amount of experience and knowledge in the staff.

“Unfortunately with the season having just started, I haven’t been at too many races with a lot of them, but the time will come.”

Allan Peiper is there too, how’s his health?

“Allan is very good. He’s my assigned director so he’s my main point of contact for most things so we keep in touch quite a bit.”

What’s your first port of call once lockdown ends?

“Right now it is still unknown.” 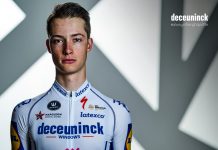 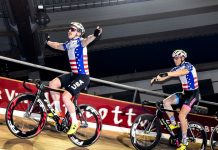 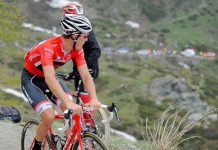 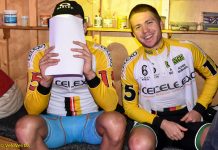 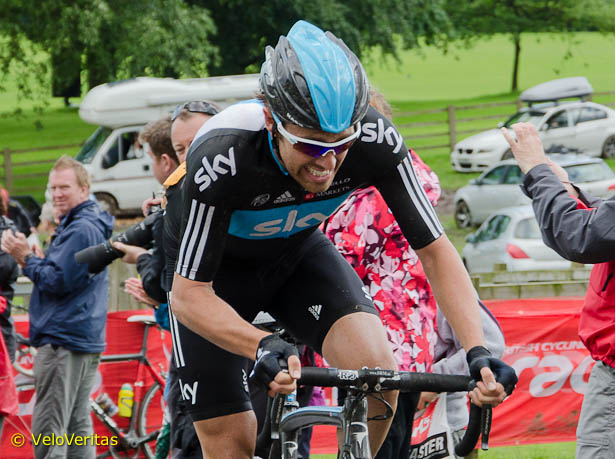 Advertorial April 22, 2012
You'll have seen the adverts on various websites for Vanilla Bikes, inviting you to have a look at their on-line shop and their top quality - if a little unusual - product lines, and when we spotted that the shop team was beefing up it's roster for the coming season, we thought we better find out a little more about this young company. 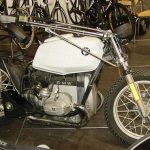 Diaries January 28, 2013
There’s no wi-fi in the stadium at Berlin at the Berlin Six Day 2013, you have to go up to the press room; it’s quiet up there, there’s hard wired internet which has your pictures flying in a nanosecond and a fridge full of soft drinks and beer – a runner/journalists Nirvana you might say.