In Part One of our interview with British professional legend, Sid Barras we discussed his amateur days, his motivation for turning pro, his strained relationship with Peter Post at Raleigh, his win in the Scottish Milk Race and that day at Eastway when he out-sprinted the great Eddy Merckx to take second place in the Glenryck Cup behind Didi Thurau.

In Part Two we discuss the race he was favourite for every year for a decade but which it took him 10 years to win; the British Professional Road Race Championship.

You won the British Pro title in 1979 but I remember one year where you were up the road nearly all day?

“That was ’76 when my team mate Hughie Porter said he really wanted to win the National Championship.

“I like to think I’m not a selfish rider so I said I would go up the road and put the onus on the other teams to chase; I also helped Keith Lambert win one of his national titles during my time.

“The ’76 race was at Blackpool over 130 miles, I went away with Brian Tadman and Jock Kerr, the latter was a Holdsworth rider and wouldn’t work with me. We were away for 80 miles with a maximum lead of 6:30 but when we eventually got brought back to the bunch, where Hughie said to me ‘I’m buggered!’

“So we had to change the plan and I had to try and win the bunch sprint, if the line had come 50 cm sooner I’d have won but Geoff Wiles of Holdsworth just got me on the line.”

It must have been a great satisfaction when you eventually did win?

“Yes, that finally came in 1979 when I was with Carlton-Weinmann. The race was  over 156 miles in the rain at Telford, it was a great feeling because I had to beat a continental combine to win; the late Phil Edwards (Sanson), Graham Jones (Peugeot) and the late Paul Sherwen (Fiat) who were all working for Barry Hoban (Miko-Mercier).

“Jones was flying, there was a tough prime hill called, ‘The Rock’ and I had go after him up there.

“There were five of us at the death, Hoban, Edwards, Jones and Dudley Hayton (Viking-Campagnolo) and they all sat on me for the last kilometre.

“But they were actually playing into my hands, I knew I had the best jump and we were all knackered and frozen after nearly seven hours in the rain.

“I selected my gear for the sprint, 53 x 14, slowed it right down and positioned myself in the gutter so that I could see anyone coming round and they would have to go into the wind.

“Hoban was second and immediately protested that I’d switched him; but the judges were aware that in an uphill sprint in the freezing rain the bike’s going to move about a bit and I knew they wouldn’t uphold his complaint.

“Hoban wasn’t happy about their decision and wouldn’t come to the podium.”

“Coventry Eagle and Falcon were really the same team.

Which team were you happiest at?

“Bantel, I was there for a total of six years.

“But I enjoyed Carlton-Weinmann, that was a good team too.

“And the two seasons I spent with Moducel were good. He had moved on by the time I joined the team but it was Micky Morrison who brought Moducel into the sport. Micky had the gift of the gab and brought a lot of sponsors into cycling.”

Who were the ones you had to keep an eye on it if fit came down to a sprint?

“To be honest, I was finished as a ‘big kick’ sprinter by ’81, I did have a massive kick but you can’t keep that for ever, it declines as you get older – look at Cav.

“Phil Thomas was a fast finisher and so was Malcolm Elliott, then there was Shane Sutton, he was quick.

“Steve Joughin and I formed a good sprint partnership, I was his lead out man at Moducel.

“I can remember in Kellogg’s city centre crits leading him out for two laps, him taking the win and me still finishing third.

“Then there was one in Cardiff where I was leading Steve out but he let the wheel go so I could win it on my own.

“Another lad that no one thinks about when you mention sprinters is Ian Banbury, remember that he won the National Road Race? He’d been a pursuiter [Banbury was in the bronze medal winning GB team pursuit squad at the Montreal Olympics in 1976, ed.] and had terrific leg speed, I’ve seen him win sprints in the 14 sprocket when everyone else was in the 12.”

The wins which give you most satisfaction?

“The National Championship, that took me 10 years to win; it’s such a strange race, I was one of the favourites every year but that’s a race where the favourite never wins!

“I think I would have won in ’76 if I hadn’t been up the road for 80 miles for Hughie but it was a great satisfaction to finally win it when I did, beating the opposition I did.

“The stage win in Switzerland in ‘73 was a nice one given the quality of the opposition, it’s the one people remember.

“The London to Holyhead wins in ’70 and ’77 were satisfying too, that’s a race where team tactics go out the window at the end of a hard 267 miles.

“Another nice win was a stage I won in the Vuelta a Mallorca in 1978, Marc Demeyer (who was Freddy Maertens henchman and won Paris-Roubaix) was second and Leo Van Vliet who won Ghent-Wevelgem was third.”

Anything you think you might have done differently with the benefit of hindsight?

“They were very different times, the continent was difficult to break into as an English pro and there were a lot of ‘pitfalls’ over there, if you know what I mean?

“I’d like to have ridden the Tour of Britain Milk Race when I was in my prime, I rode it as a young man then couldn’t ride it again until I was 35 years-old.

“I think that if I ridden it in my best years, out of 10 attempts I could have won it.”

With thanks to Sid for his time, it was nice to speak to a bona fide legend of British cycle sport. 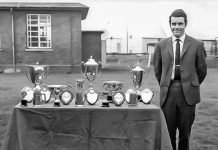 Ian Hallam – Team and Individual Pursuit Champion of the ’70s... 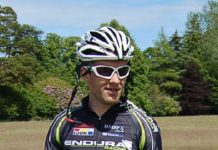 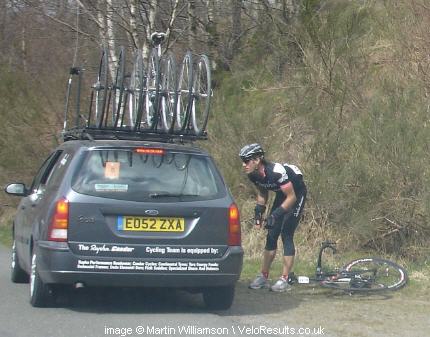 Interviews April 6, 2018
Quickstep's win total for the year now stands at 24 with the victories not just down to one man but spread across the team – remarkable. How do they do it? To find out, we got in touch with our old friend and key leadout man in the QuickStep machine, Michael Mørkøv - who was instrumental in Jakobsen’s most recent triumph and similarly ‘pilot fished’ Hodeg to a stage win in the Tour of Catalonia – to get ‘the word’ from the horse’s mouth. 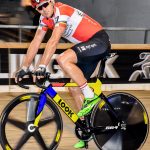 Interviews February 7, 2017
He's been one of the outstanding track riders of the last decade, world champion four times across three disciplines‎ - scratch (twice), madison with Michael Mørkøv and team pursuit. ‎There's been a raft of national, European and World Cup titles and podiums not to mention an Olympic team pursuit silver‎. On the Six Day scene he's won in Berlin, Bremen, Copenhagen, Ghent and Grenoble. ‎And that's before we mention his road palmarés - two stages in the Dunkirk Four Day, the GP Herning, Philadelphia... But Alex Rasmussen has called 'time' on all of that and will race this season on a low key domestic programme.