Home Interviews Mara Abbott – “I’ve always been very determined to forge my own...

Mara Abbott is twice a winner of the overall GC in the Giro Rosa – arguably the most important ladies’ stage race in the world – picking up seven stages along the way not to mention two second places, a fourth, a fifth and 10th on GC.

Abbott retired from the sport after finishing fourth in the Olympic Road Race in Rio, 2016.

She took time to speak to us not long after her retirement; here’s what she had to say.

To give you a taste of her successes on the bike:

By no means an exhaustive list but it gives you an idea of the lady’s versatility.

Why quit when you did – you were still very competitive?

“Because there are other things I want to do in life as well.

“For me to be a cyclist required that I devote myself to being the absolute best I could be – the sacrifices were great enough that it didn’t make sense for me to do it at eighty or even ninety-five percent.

Who was/were your role model(s) as a young rider?

“I didn’t start riding until college, so I was never really a “young” rider.

“Honestly, for me, I’ve never been one to model myself after, or aspire to emulate those that I don’t know personally.

“My largest and first role models were probably the upperclassmen and women on the Whitman Cycling Team.

“Beyond that, perhaps to a fault, I’ve always been very determined to forge my own path.”

Stage racing was your forte – how so?

“Part of that comes down to course selection.

“I excelled on the hilly and mountainous courses, and there were very few one day races for women (with the notable exception of the Rio Olympics!) that had extended climbs in them, so in that way the sport chose for me.

“I was also a rider who tended to be better the harder or longer a race was… so on multi-day races, my best stages were always the ones that came toward the end, an advantage you don’t really get with one day races!”

What do you rate as your ‘finest hour’ on the bike?

“It seems so trite to mark a victory or great performance as the finest hour on a bike, because the underpinnings of any one of those are all of the tiny moments that you practice habits, keep going when you are afraid or doubtful or tired or hurting.

“It’s every morning when you get up to ride.

“Looking at a career, especially in a sport that can be so capricious like cycling, there are sparkly moments and really dark patches, but for me, the greatest accomplishment is in it’s fullness and depth.

“Looking back on it now as a complete body of work it is so hard to pull a single thread out in isolation.

“I’m simply proud of my career, of being the very best that I could be, even though sometimes that was better than others, year after year after year.”

When we interviewed your countrywoman Inga Thompson, she listed her prizes for winning le Tour – they weren’t scintillating – how did the Giro treat you in that regard?

“When I won the overall and two stages, I made just enough money to pay my bike fee for the flight home!”

We hear a lot of talk about ‘living wages’ for professional girls; how many of your seasons would you say you were receiving one?

“That depends on how you define a “living wage”.

Many say that if the UCI imposed a minimum wage for girls on teams then many would fold, what’s your take?

“It would definitely be a paradigm shift and a risk.

“I don’t think I know enough about the economics of the teams to be able to speak articulately on this topic.

“Most people are very private about the salary that they make, and I imagine that it’s quite inequitable.

“For that reason, it’s hard to say for me what the market would bear.”

The Olympics ’16 – fourth, so near yet so far, tell us about your feelings on that result

“I’ll probably never get over the heartbreak of that result… but at the same time, no one wins until you cross the finish line.

“The gold medal never belonged to me, so I can’t reasonably let myself mourn for something that was never mine.

“I also know that Rio was one of the very best races I have ever ridden in my career, and I knew then that it would be the last race of my career.

“I will always wish I had gotten a medal, but at the end of the day, to be able to finish it all with my very best performance is something than any athlete would wish for.”

Did you have a coach throughout your career – what was your training philosophy?

“He was the perfect coach for me – and as a result, my training philosophy was simply to trust my coach implicitly.

“Dean and I aligned very much on the value of simplicity – no fancy measurements or tools.”

Do you miss the cut and thrust of the peloton now that you’ve retired?

“Of the things I do miss, that is probably at the very bottom of my list!”

Regrets on your cycling career?

“Of course – but I also have regrets on the celery I didn’t get enough of when it was on sale last week.

“I’ve closed the chapter on professional cycling in my life, so as I don’t have the opportunity to take positive action to rectify a “regret”, there is certainly no sense in allowing myself bonus opportunities to dwell on them now.” 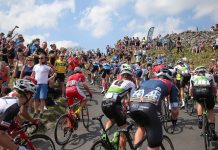 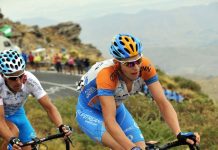 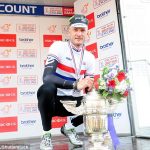 Interviews June 27, 2017
After his win in the British Time Trial Championship, here’s what Dimension Data’s Steve Cummings told us when we asked him about his chances in the British Road Race Championship: "I’m not at 100% so don’t believe I have the condition to win the road race – it’ll be perhaps another 10 days before I come into my best shape." Despite that, two days later he was topping his second Isle of Man podium as British Elite Time Trial and Road Race Champion. 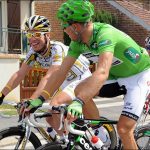 Ex-Garmin Physio Toby Watson's Blog July 7, 2011
Mark Cavendish in Form. Another day, another bunchy and-seemingly inevitably-another win to Cav. He is an amazing bike rider, with an incredible knack for winning, and as regular and almost easy as his wins at the Tour seem, he is beating some very good bike riders and teams who are often racing solely to beat him. 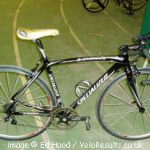