Ribble Weldtite Pro Cycling will be racing on Ribble’s ground-breaking, Ultra SL R Team Edition across the 2022 season. The UCI Continental Road Team, will be racing on the aerodynamically optimised and fully UCI approved machine which has been finished in the new striking 2022 Team Edition Custom Colour design featuring a ‘Midnight Ink’, ‘Fresh Mandarin’ and ‘Alpine White’ palette with metallic finish.

The team were presented with their new race machines at Ribble’s flagship showroom in Clitheroe this evening before flying out to Calpe for pre-season training.

Ribble Weldtite Pro Cycling will be racing on Ribble’s Ultra SL R, Endurance SL R and Ultra TT models throughout the 2022 season starting with the UCI Europe Tour at Dorpenomloop Rucphen (1.2) in the Netherlands on 13th March.

“The team had me on the edge of my seat in 2021 with some amazing performances in the UK and abroad – and 2022 is set to be an even more exciting year.

“The combination of Ribble’s R&D and a stronger than ever rider line up sees our Ultra SL R being raced by the leading British based team on the world stage.

“Our involvement with the team allows us to gain essential product feedback and insights into real world racing conditions and will inform our R&D as we continue to develop and innovate in the creation of world-class racing machines.

“The distinctive aerodynamically optimised lines and new colourway will help the team really standout from the pro peloton.”

Jack Rees, Director of Operations for the team added;

“As a team we place a heavy emphasis on optimizing all areas of performance from our bikes, equipment, clothing & helmets to in-race strategy.

“To have access to a pure out and out aero bike and all the R&D that has come with it will be a real competitive advantage for us and one that we are looking to put to good use across our calendar, both at home and abroad.”

The Ribble Ultra SL R is the result of an extensive R&D project carried out by Ribble giving riders a proven performance advantage. More information on Ribble’s Ultra SL R, including the R&D process and testing results, can be found here.

“As a British team we are really excited by the return to a full domestic program.

“The Tour Series is a major objective for the team, as defending champions. The British National Championships remain a key goal, especially following the teams success there in 2021. September see the team return to the Tour of Britain which will be the pinnacle event of our season. Throughout the year we will continue to compliment the domestic program with key races across Europe”

“We welcome in eight new faces to the team for 2022 including the Tanfield brothers who look to achieve success in Ribble Weldtite colours, to add to their already lengthy list of accomplishments.

“Charlie Tanfield is also gearing up for a home Commonwealth Games where he lines up on the track with his Team England teammates.”

Trading since 1897, Ribble is a British bike brand proudly steeped with innovative bike building design heritage and has been ridden by British Cycling Champions at various points in their career including Sir Bradley Wiggins, Geraint Thomas and Chris Boardman and ambassadors include British Cycling legends Sean Yates and Brian Robinson BEM.

Ribble’s primary focus and passion is designing, developing and building high-quality bikes at a competitive price. Bikes for each and every discerning cyclist – from future champions, to daily commuters, hardy hobbyists to dedicated seasoned competitors. Bikes hand-built by our experienced and dedicated mechanics, available online and in store. Bikes that all deliver real consumer satisfaction and award-winning results. 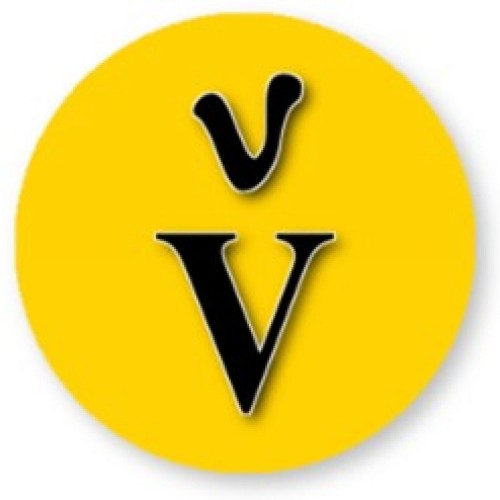 Announcing the Launch of the Alba Development Road Team

The UCI is delighted to announce that Glasgow and Scotland have been awarded the inaugural UCI Cycling World Championships.The historic and innovative event will take place over two weeks in August 2023.
Press Releases

The 2017 FT Bidlake Memorial Prize has been awarded to Chris Froome in recognition of his achievement of winning the Tour de France for the fourth time, then being the first British rider to win the Vuelta a España in the same year.
Press Releases

Team Sky are delighted to announce the immediate signing of Eddie Dunbar. Dunbar, who is set to make his Team Sky debut on Saturday at Coppa Agostoni, has agreed a deal to the end of the 2019 season. The Irishman, 22, was contracted to Aqua Blue Sport for the 2018 season, but – following the closure of the team – Aqua Blue and the UCI have granted Dunbar permission to leave his contract early and sign for Team Sky.
Press Releases

Turin, 29 June 2016 – The iconic gravel roads of the Colle delle Finestre and the finish line at Sestriere, scene of epic gestures by generations of pro riders, are two of the features that define the story of the Gran Fondo La Marmotte – Sestriere – Colle delle Finestre. The sportive ride organised by RCS Sport / RCS Active Team, now in its second edition, will be held on Sunday 24 July.
Press Releases

Following two seasons in the Continental rank, Israel’s only pro team: Cycling Academy Team, is planning to make the move to the Pro-Continental ranks in 2017. Team aims to compete in the Tour of California and the Classics in 2017, eyeing a Gran-Tour debut in 2018. Team is currently negotiating with several key riders and technical partners.
Press Releases

To celebrate the 2021 Tour de France, Continental has today announced the return of the cream sidewall Continental Grand Prix 5000 road tyre, which joins the transparent sidewall and traditional black tyres to form the new colours range.

This piece is about the man who recently added his name to those of Bilsland, Obree and Macintyre on the roll of honour – Mr. Peter Murdoch (Neon Velo). The 35 year-old from East Kilbride’s ‘25’ silver in 2014 surprised us a little but his win this year didn’t; he looked every inch the champion to us as he blasted out to the final turn.
Interviews

Unfortunately, VeloVeritas editor, Martin and I got out priorities wrong and instead of freezing on Purrinden for the Scottish Hill Climb Champs we were in warmer climes. But fear not, we tracked down the new champion, David Griffiths (Pro Vision) and here's what he had to say...
Diaries

After yesterday's baptism of fire in 35 degrees heat, the Scots boys were more at home today in the Tour Nivernais Morvan; the temperature had fallen to 15 degrees and it was pouring with rain.
Diaries

"Only in Grenoble" is stamped in red on this file - a track standstill competition. If Vik was here at the Grenoble Six Day 2010 he'd rush the track shouting bad things about la Belle France, the French, and their ways.
Race Reviews

The rain stings past the entrance to the ski lift at 45 degrees and tries its damnedest to puncture the metal sheets on the roof; thunder roars in and echoes around the concrete walls, lightning sparks across the dark sky, the air temperature has dropped from a pleasant Spanish summer's afternoon to January on Porty Prom. Welcome to the Bola del Mundo; they say it's the toughest climb in European cycling - we believe it. We've been up to Covadonga a time or two and the Angliru, plus most of the Giro and Tour 'biggies', but this is evil.
ASPTT Nancy's James McKay

Apologies for my silence on the James McKay Blog for the last six weeks. If you had read my last blog post, you would know that my start to the season has not been brilliant. In just my first week of racing in France, I crashed and broke both my finger and wrist. Since then I’ve had more hospital visits than outdoor rides and some Manic Zwiftingbut I am delighted to say I’ve just completed a week of riding outdoors again, and have placed on the podium too!

An Incredible Day – on the Col d’Aubisque, Tour de France 2007