The team have UCI team pursuit World Cup wins to their name; Bigham is a man for whom the term ‘marginal gains guru’ must be appropriate when it comes to cycle sport aerodynamics and power delivery – it goes without saying he’s a very successful cyclist – winning a record seven British titles in track and time trial disciplines in 2017.

For the road season he rides for the Ribble Pro Cycling continental team.

We caught up with him just after the HUUB team’s 2020 season launch, to which we were invited to but couldn’t make.

Your highlights of the 2019 season, Dan?

“There are so many; perhaps the one which gave me most satisfaction was our second ride in the Paris World Cup team pursuit; it all came together and we did a 3:53:8 ride.

“I enjoyed the Tour of Yorkshire, where I rode well on Stage One, and of course it’s been great seeing the progress that our rider John Archibald has made and knowing that I’ve helped him to develop.

“How I rode in the British Elite Road Race Championships [Bigham finished in a group @ 6:55 behind Ineos winner Ben Swift, ed.], as well as the situation with the UCI deciding to end trade teams participation in World Cups – that really got under my skin and was a major distraction.

“I ended up thinking about that situation rather than the bike race I was riding!”

What’s the latest on that World Cup exclusion situation?

“Our HUUB-Wattbike team, the Dutch BEAT team, the Russian Gazprom Rusvelo team and any teams which aren’t representing a national federation are now excluded from the World Cups.

“And there will be only three World Cups instead of six.

“The UCI say it’s part of the new policy to return track cycling to being a summer sport and so they can have an ‘integrated’ World Championship with road and track but it means that guys like Mark Cavendish and Elia Viviani will be lost to the track.

“I also believe that they’re looking at changing the focus away from timed events on the track to bunched and sprint racing – they think that the timed events are becoming too much of a ‘tech arms race.’

“But the fact is that they won’t enter into discussion about it at all.”

New sponsors on board with HUUB-Wattbike for 2020 I believe?

“Yes, it’s been great, we’ve had a lot of new support – one of the most prominent is Vita Coco, the coconut water company, they’re particularly attracted to our forthcoming world record attempts.

“Wattbike have increased their level of support and we have Rolls Royce and Meggitt on board now.

“Meggitt are an aerospace company who do data analytics – smart technology which can benefit us.”

“We’ve also recruited Will Perrett, a trackie who’s been around forever but is going to benefit from a much more structured approach to training and racing with us.

“Of course, John Archibald, Jonny Wale and Ashton Lambie are still with us, as is Jake Tipper – but his focus will be more on the bunch races this year.”

[Three world records fell on the Bolivian track at the Pan Am Championships in September: Flying men’s 200 metres to Nicholas Paul of Trinidad & Tobago with 9.100 seconds; Flying ladies’ 200 metres to Kelsey Mitchell of Canada with 10.154 and Men’s 4,000 metres individual pursuit to aforementioned Mr. Lambie (USA) with 4:05:423.]

“April is the date we’re working towards and we’ll all be going for records; me, Kyle – who’s keen to go for the Scottish hour record now that it doesn’t have to be ridden on a Scottish track and will get up before John, who’ll also be riding the hour.

“Then there’s the team pursuit record to go for – currently held by Australia with 3:48:012.

“And Ashton Lambie will be out to lower his current record, which I think he can do, he’s very strong and has been doing a lot of gym work – he has great strength in his quads and has a big, big engine.

“On top of that he’s only around 5’9” which means he’s very aero – I think there’s a lot more to come from him.

“But before Bolivia that we’ll be riding the World Cups in Belarus, Glasgow and Brisbane, the team pursuit with Jake riding the bunch races.”

What else are you looking for from season 2020?

“Now that the UCI have introduced the ‘mixed’ TTT it would be silly if they didn’t have more of those on the programme and it would be good to ride those.

Any new ‘trick’ equipment you can tell us about?

“Our skinsuits were banned last year but HUUB in conjunction with a company called Vorteq, have developed a new suit which they claim is, ‘the fastest skinsuit anywhere on the planet.’

“And we have some new handlebar extensions which we’ll be using at the first World Cup.”

And am I imagining it or are the big chainrings on your Argons getting even bigger?

“Yes, part of our search for drive train efficiency, we’ve been running 65 tooth carbon rings but are going to be trialing 66 and 67 rings – you can run with the chain looser and because the chain isn’t describing as tight loops big rings are more efficient.”

“Efficiency” – one of Dan’s favourite words, it’s always a pleasure to speak to him, his knowledge and enthusiasm make me wish I was still a racing cyclist – we’ll be keeping a close eye on those World Cups and what happens at Cochabamba in April. 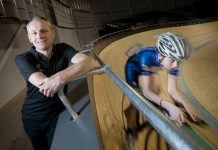 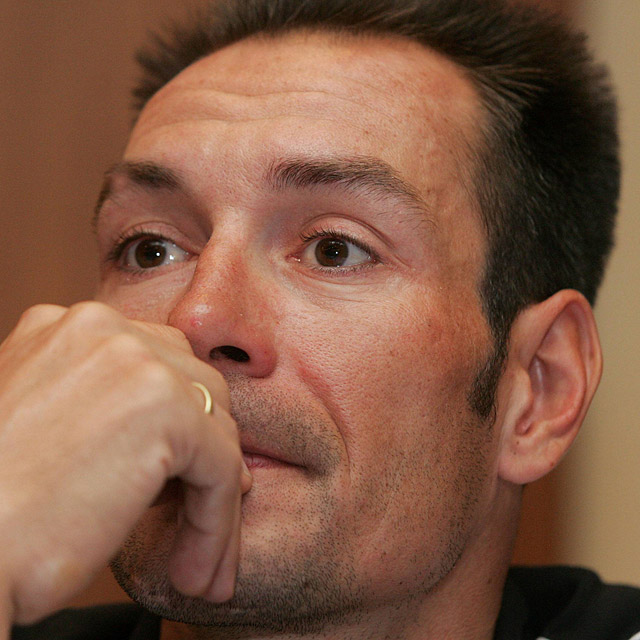 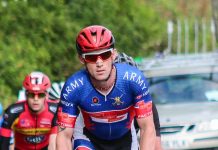 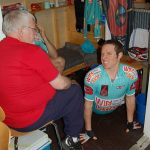 Diaries January 26, 2012
I'm standing on the chair so as I can see over the cabin, Leif Lampater and Roger Kluge are the only pair left to ride in the 1,000 metres time trial here at the Berlin Six Day. 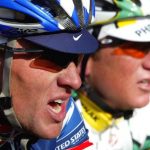 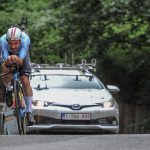 Race Reviews August 9, 2018
The 2018 European Time Trial Championships didn’t produce a surprise winner, or runner-up but there were a few surprises lower down the order, men who we’d expected to go a tad faster. But the parcours was pretty technical and not one for the pure ‘Boulevard Blasters.’ Here’s the VeloVeritas rap on the top 15.