The year 2019 is almost behind us, who are the young guns who are going to be making the international headlines in 2020?

They say that one of the signs of getting old is when you start thinking that policemen look like young boys.

Or in the case of old guys like me; ‘when some of the best riders in the world look like juniors.’

But the fact is that some of the very best riders around aren’t long out of the junior ranks.

We’ve picked out our ‘baker’s dozen’ of the best of the best youngsters around, we’ve set the age limit at 23 so that excludes phenomena, 24 year-old Mathieu Van Der Poel and 25 year-old Wout Van Aert.

Without further ado let’s have a look at the fastest ’early 20-somethings’ around – and for Remco, make that ‘teenager.’

Mads Pedersen, Denmark; 23 years-old, a pro at World Tour level with Trek Segafredo since 2017 when he won the Tour de Poitou Charentes and Tour of Denmark – not to mention his nation’s elite national road race championship.

Last year he was an excellent second to Niki Terpstra in the Tour of Flanders and won the Tour d’Eurometropole.

And this year, of course, he won a devilishly difficult World Elite Road Race Championship.

Let’s hope the rainbow jersey will bring more consistency to his racing; the results we list above are of the highest quality but he has long fallow periods between successes.

He’s a strong time trial performer – always a boon for stage racers – holding his national and the Pan Am titles.

This year he was third on GC in Columbia 2.1, won a stage in Paris-Nice and was second on GC in the season-closing Guangxi, World Tour stage race.

He looks to us to have a bright future in stage races – Jonathan Vaughters agrees and has him signed until 2022.

Fabio Jakobsen, The Netherlands; 23 years-old, a pro since last year with QuickStep/Deceuninck and another fine example of Patrick Lefevere’s talent scouting abilities.

National champion, twice a Scheldeprijs winner and a double Vuelta stage winner – albeit he owes the latter two to Max Richeze’s impeccable lead out skills – a grounded young man who’s only going to get quicker.

Ivan Sosa, Colombia; 22 years-old, a Gianni Savio protégé, snapped up by Sky/Ineos from the Italian svengali’s Androni team – no doubt with bonus payments built-in for Sen. Savio in the event of the little Colombian ‘winning big.’

Podium GC rides this year in Colombia 2.1, la Route d’Occitanie and his second win in Vuelta a Burgos mean it shouldn’t be long before Savio’s bank balance is boosted.

Egan Bernal, Colombia; 22 years-old and another ‘Savio guy;’ back in 2016 Sen. Savio tipped Dave and I off at the Giro that he had the ‘next big thing’ in cycling on his books, who had just won the Bihor Tour in Romania.

The man from Bogota went on to win the Tour de l’Avenir in 2017 – the ‘Tour of the Future’ – and this year he took the ‘real thing’ ahead of Ineos team mate Thomas.

Pavel Sivakov, Russia; 22 year-old and as we mentioned when Taylor Phinney retired, the best thing you can do if you wish to be an elite athlete is to choose your parents carefully – dad, Alexei was a pro for a decade and mum, Aleksandra a world team time trial champion.

Not a bad pedigree,

Season 2017 saw him as the best u23 stage racer on the planet, winning the Ronde de l’Isard, Baby Giro, Valle d’Aosta, the Queen stage in l’Avenir and finish second on GC in the Olympia Tour.

These results didn’t escape Team Sky’s notice and after a quiet start in 2018 this young man who was born in Italy, lives in France but rides for Russia has found his feet with Ineos, winning the Tour of the Alps and Tour of Poland.

Tobias Foss, Norway; the 22 year-old goes to Jumbo-Visma for 2020 after a season during which he wasn’t over-raced but finished on the podium in the u23 Liege-Bastogne-Liege, won a hard fought – against those pesky Colombians – Tour de l’Avenir and finished top six in the u23 Worlds at Harrogate.

A young man with big potential.

Sergio Higuita, Colombia; the 22 year-old’s World Tour debut with Education First saw him almost win the Tour of California with only a gentleman from Slovenia – who we shall mention in a moment – ahead of him.

Fourth place in the Tour of Poland followed, a Vuelta stage win, he was just off the podium at the u23 Harrogate Worlds then took third in the Giro d’Emelia – Jonathan Vaughters has won another watch with this small fellow.

Marc Hirschi, Switzerland; the 22 year-old Suisse has already been a World Champion – u23 road race last year at Innsbruck – and is finding his feet with Team Sunweb.

It took specialist Küng to keep him out of the Swiss time trial champion’s jersey and his podium at San Sebastian bodes well for the future.

Jasper Philipsen, Belgium; a 21 year-old sprinter who had a stellar u23 career and stepped up to UAE this year where he had the best possible start with a stage win Down Under.

Since then he’s been racking up the podiums; Nokere Koerse, a Tour of California stage, Heistse Pijl, Brussels Cycling Classic, GP Fourmies … 2020 should see him land his first ‘big one.’

Tadej Pogacar, Slovenia; the man I said would find the second half of the Vuelta very difficult at the tender age of 21 years

He was a model of consistency across the year, winning the Volta ao Algarve in February, the Tour of California in May then producing his stunning Vuelta in September.

If his current trajectory isn’t deviated from then a Grand Tour win beckons.

Tom Pidcock, Great Britain; he seems to have been around forever but is actually only 20 years-old.

He’s three time a World Champion, twice as a ‘crosser’ and once as World Junior TT Champion.

As the above results indicate, he’s hugely versatile with his road palmares growing by the race; third on GC in the u23 ‘shop window’ Triptyque des Monts et Chateaux in Belgium, he won the u23 Paris-Roubaix and the Tour Alsace stage race – including the stage up to La Planche des Belle Filles – and was third in the u23 Worlds Road Race in Harrogate.

Despite the fact the teams will be forming an orderly queue for his signature, there’s no World Tour contract for this young man – he’s making way too much start money in the ‘crosses…

Remco Evenepoel, Belgium; is still a teenager, just 19 years-of-age and has won a European title against the best time testers around, his home national tour, Spain’s only Classic and only slim obsessive specialist Dennis could best him in the Worlds TT.

2020 should be quite a season if these young men have anything to do with it. 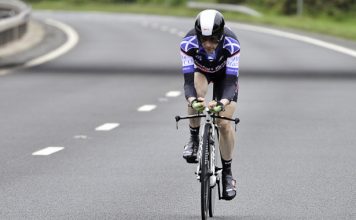 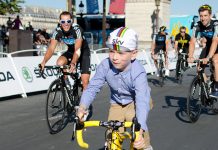 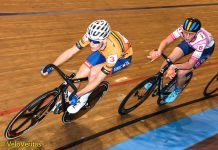 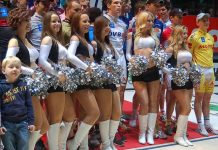 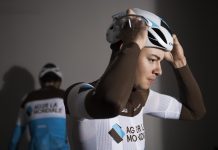 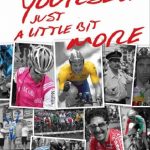 Book Reviews March 8, 2007
"Push Yourself Just A Little Bit More" by Johnny Green is an interesting read, mostly because it's a book about the Tour de France, written by someone who isn't a typical cycling journo.

Diaries April 19, 2010
The trouble with getting up before 06:00 and not getting to bed 'til 01:45 is that by the time the next day - that's today, comes around, it seems like last year. And today is the circuit race at Queens Park. 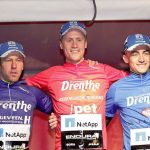 Interviews March 24, 2013
It’s been a grim spring for pro bike racing; Kuurne-Brussels-Kuurne and Nokere Koerse had to be cancelled due to foul weather and Sunday’s Milano-Sanremo was compromised by snow. One recent race featuring Alex Wetterhall which did go ahead despite savage climatic conditions was the UCI 1.1 196 kilometre Ronde van Drenthe in The Netherlands.